Pull out the coolers, grills and chairs. Make the rounds to Wegmans and Consumers. It’s Independence Day weekend, people!

Buffalo summers are some of the best around as our city is blessed with warm temps and cool lake breezes. Perfect weather is the first step in your Fourth of July planning prep. After that, you need to focus your attention on the important details – how to stock your Buffalo BBQ. Here’s how: 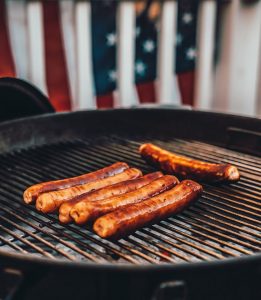 Sahlen’s Hot Dogs: You might not think of hot dogs when you think of Buffalo, but boy does this city know how to grill ’em. And Sahlen’s is the key (I mean, our downtown ballpark is even named after them). Throw a pack of dogs on a sizzling hot charcoal grill and let them get toasty… real toasty… like almost black. It’s heaven on a hot dog bun.

Mineo & Sapio Sausage: A staple of the West Side of Buffalo, Mineo & Sapio have been preparing their countless varieties of Italian sausages for more than 100 years. Pick up a pack at a local store or visit their HQ on Connecticut Street in Buffalo.

Chiavetta’s Marinade: Drive around Buffalo and its suburbs on any summer day and you might catch a whiff of a Chiavetta’s chicken BBQ. It’s sort of our thing. Bring that flavor home with a bottle of Chiavetta’s marinade and soak your chicken, veggies and even tofu in it for that signature tangy, slightly spicy flavor. 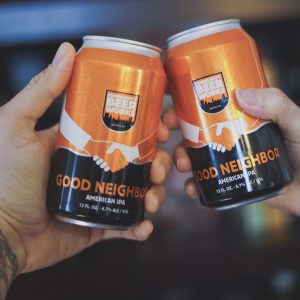 Labatt Blue Beer: If you’re looking for a beer you can crush all day, skip the usual domestics and grab a 12-er of Blue. It may have a Canadian maple leaf on the can, but this beer is as Buffalo as wings, see: their headquarters on Perry Street.

Cans, Crowlers and Kegs from Local Breweries: The WNY region is now quenched with nearly 50 breweries. From sours, stouts, pilsners, porters, IPAs and APAs, that means there’s a beer style for every taste. Instead of picking just a few to highlight, I’ll just name the beer I drank last: Community Beer Works – Good Neighbor American IPA.

42 North Hard Seltzer: Not one to be left in the dust on growing trends, 42 North is the first brewery or distillery in Buffalo to make a spiked seltzer. The seltzer, Source, is a refreshing, light drink to get you through the hot, sunny days of Buffalo summers. 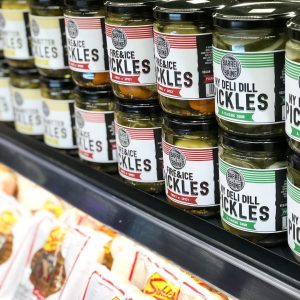 Bison Dip: Let’s be clear, this isn’t just french onion dip, it’s Bison dip. Whether you’re a dipper or a scooper, Bison is the creamiest, coolest companion to chips, pretzels, veggies and even as a burger condiment – and has been for more than 75 years.

Weber’s Mustard: Since 1922, Weber’s has been the go-to yellow mustard of Buffalonians far and wide. This isn’t just normal mustard after all. It’s the infusion of fresh horseradish that give Weber’s its patented, nasal-clearing kick.

Ted’s Hot Sauce: Available by the bottle at local grocers, the homemade hot sauce recipe of the original “Ted” will have your dogs tasting like they came off the flaming grill at Ted’s Hot Dogs.

Barrel + Brine Pickles: Look, I’ll admit, I despised pickles for the longest time. But there’s something about the super tangy, crisp, fresh jars of Barrel + Brine pickles that I can’t get enough of. A jar of their Fire & Ice variety is always in my fridge.

Cake Crazy Cupcakes: After all the salt, you need something sweet. Look no further than the frosted creations of Shetice Williams of Cake Crazy, Buffalo’s only Black-owned bakery. Perfect for the summer, I recommend picking up some of her pink lemonade cupcakes.

Perry’s Ice Cream: When you’re in need of a delicious cooldown, load up your cone with the endless flavors of Perry’s, Buffalo’s favorite ice cream since 1918. They’ve even got a flavor just for this weekend – All American is vanilla ice cream with maraschino cherries and black cherry swirls. “Two scoops? Make it three. I’m not driving.” 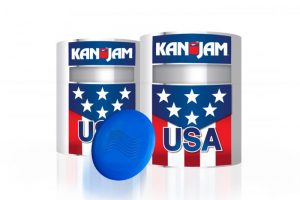 Kan Jam: Did you know Kan Jam was a Buffalo thing? Yep! The Buffalo-born, frisbee-chucking game you love is the perfect leisurely lawn game. Slot it, slap it, tap it, just remember the “drink in hand” rule…

Rock out to our “Buffalo Forever” playlist on Spotify that includes songs by Buffalo-born artists like The Goo Goo Dolls and Ani DiFranco, as well as tunes with a Buffalo connection (Buffalo native Harold Arlen penned “Somewhere Over the Rainbow”) and songs about Buffalo (Bruce Springsteen’s mid-2000s rendition of “Buffalo Gals”).