As I roll my car window down to pick up my take-out dinner, I recognize an aroma I’ve known for decades: smoky, char-grilled, marinated Chiavetta’s chicken.

I’ve driven out to Chiavetta’s Country: the town of Brant, a community of 2,000 on the southern fringes of Erie County that features a part-time post office, volunteer fire department, and a single traffic light that changes to a four-way blinking red after 10 p.m. Just down the road is where Tom Chiavetta and his brother began selling eggs off their poultry farm after World War II – and where the second, third and fourth generations of the Chiavetta family continue running Western New York’s most iconic chicken barbeque business. 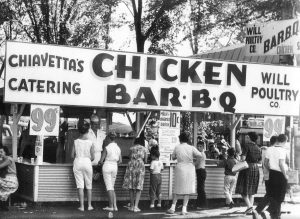 Chiavetta’s sells their chicken dinners both from where I ordered in Brant and another take-out location in Lockport. Their catered meals have become a fixture at church fundraisers and legion post dinners, and their stand at the Erie County Fair draws a crowd each August.

One of the region’s most recognizable food brands has come a long way since the 1950s, when Tom Chiavetta and his wife Eleanor first started marinating and barbequing chickens using the Cornell Method – a process developed for poultry farmers to sell more of their product. The Chiavettas began making a name for themselves at the community barbeques they catered – and as the years went on, refined and honed their signature marinade.

Tom’s son, Peter, first bottled the marinade in the 1980s, brought it to a nearby grocery store to sell it– and was rejected.  He persevered, and Chiavetta’s now sells more than a half million bottles of their sauces, marinades and dressings each year at stores throughout the Northeast, Mid-Atlantic, and as far away as Alabama. 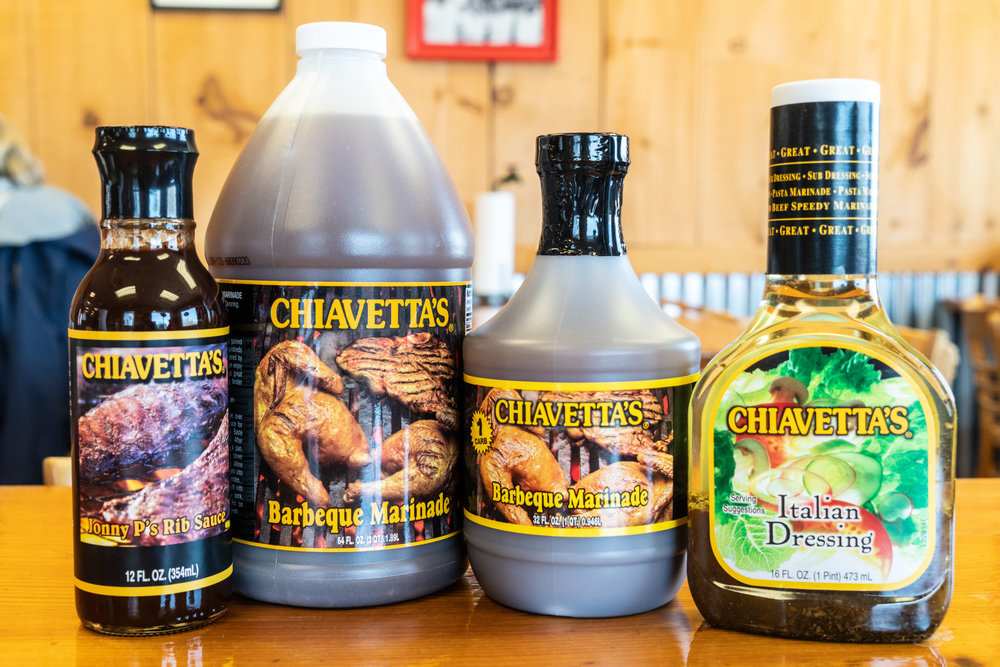 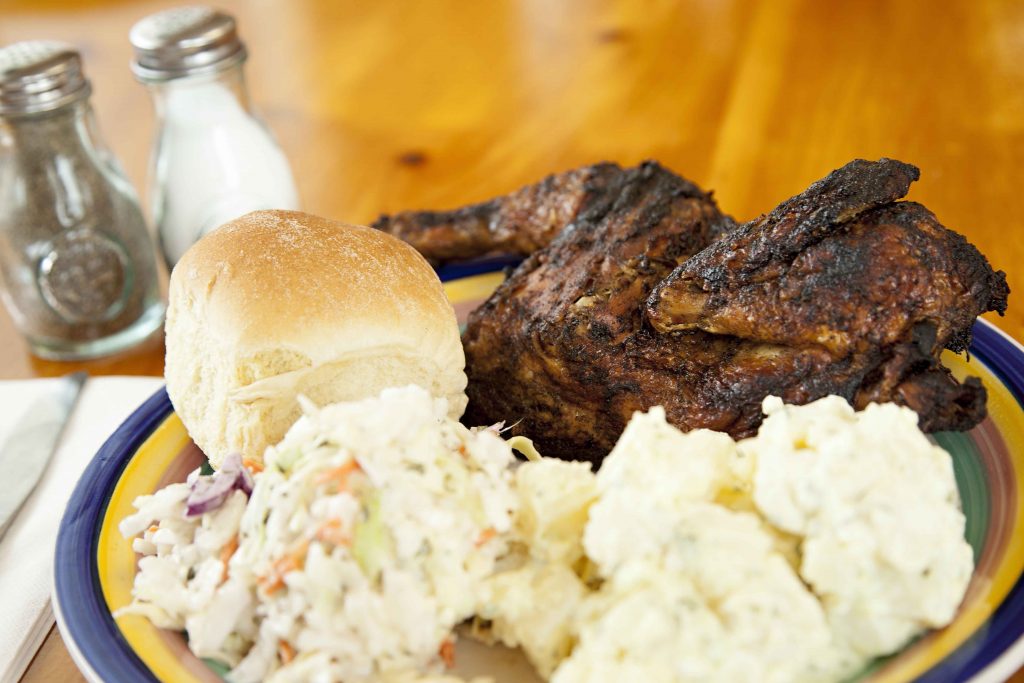 Chiavetta’s success is due to more than a consistent, quality product or its “low and slow” method of grilling chicken over charcoal, according to Kathleen Chiavetta, who lives in her grandfather Tom’s old farmhouse and serves as the company’s director of business development. Western New Yorkers associate Chiavetta’s with some of their fondest recollections of meeting neighbors at the community church, reuniting with family, or of enjoying a barbeque on one of the region’s beautiful summer days – and their product brings back customers’ memories. This region, like Brant, is really just one big small town with community values, she said.

Instead of shutting down when the pandemic hit, Chiavetta’s stepped up, launching an online ordering system, and continuing a series of pop-up dinner stands each week that can be found on their website. The response has been overwhelming, Kathleen Chiavetta said, with some of the pop-ups selling as many as 1,900 dinners in a day, nearly four to five times more than usual. 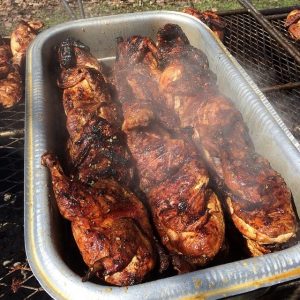 “I don’t know how much of it was that our customers wanted a chicken barbeque, or that they just wanted a piece of normalcy. Things just felt so uncertain, that ordering Chiavetta’s was just like having summer in a box,” she said. “Just something regular to make things at home seem normal when things outside are anything but.”

I thought about that as I ate my take-out dinner of a half-chicken, macaroni and cheese and baked beans – a steal at only $13.00. Chiavetta’s has been the staple of our end-of-July family reunion at Evangola State Park for years. And every time I eat that chicken, it brings me back to that park shelter by the beach, surrounded by those I love as the sun sets over Lake Erie.

Maybe reliving those cherished memories is really why I drove out to this one traffic-light town – to Chiavetta’s Country.

All photos courtesy of Chiavetta’s