No visit to East Aurora is complete without a stop at the 140-year-old Wallenwein Hotel – just don’t expect to sit at the bar after a day of exploring the village.

Wallenwein is one of the only taverns in the region that features a bar with no stools – a staple of German taverns dating back to the same time period. As far as owner Ben Holmes knows, this stool-less bar has been a fixture since the tavern opened in 1882 to offer food and lodging to horse-drawn travelers making their way to Buffalo from the Southern Tier. A turn-of-the-century photo behind the bar shows patrons enjoying the standing room much as they do today – save for the spittoons sitting on the floor.

There is, of course, an adjacent dining room with plenty of seating that offers classic tavern fare. Holmes is set on maintaining Wallenwein’s bar tradition, as the inviting standing room makes it easy for first-time customers to walk in, order a beer, and chat up the locals who have treasured this tavern for more than a century. 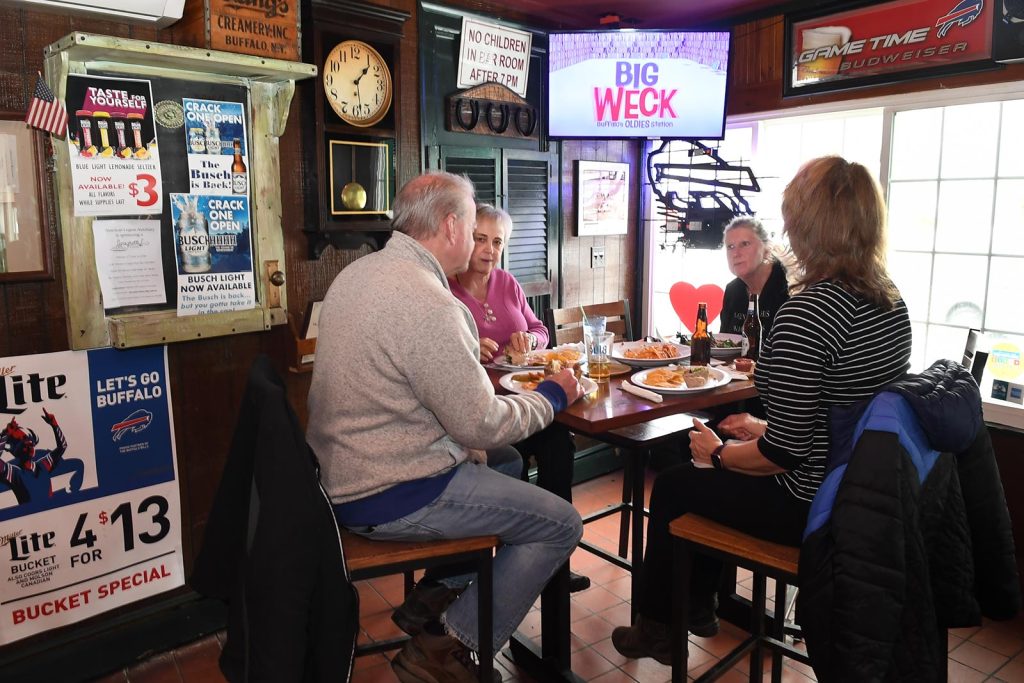 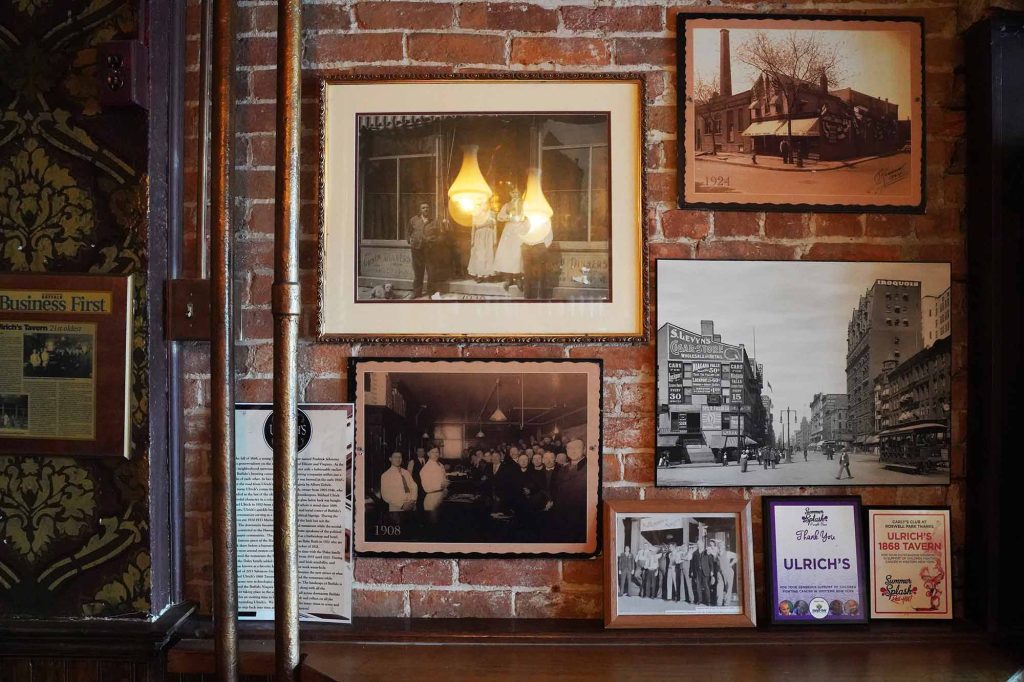 This longtime bar on the northern fringe of downtown is as much a presidential museum as it is a local watering hole.

Presidential memorabilia covers nearly every square inch of Founding Fathers Pub, named by Esquire and Buzzfeed as one of the top bars to visit in the United States. There’s presidential portraits, campaign posters, historical newspaper clippings, political statuettes, life-size cutouts of John F. Kennedy and Abraham Lincoln and even placemats featuring small inset photos of every commander in chief.

Founding Fathers is the brainchild of Michael Driscoll, who left his job as a social studies teacher to open the pub in the 1980s. Driscoll still bartends on Friday and Saturday evenings and has become Buffalo’s defacto quizmaster, doling out trivia questions and testing the historical knowledge of returning customers and first-time patrons alike.

Sit down at the bar with a friend, order a couple of cold ones, grab your bowl of free popcorn and chat up Driscoll for one of the most memorable pub experiences in Buffalo – or anywhere. 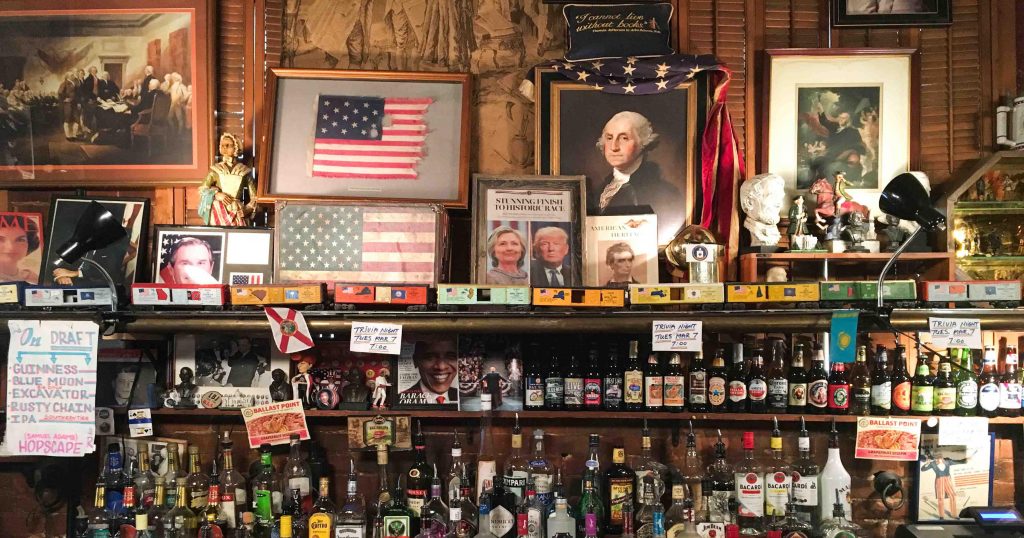 When Greg Herzog returned to his hometown to open his own restaurant, a shuttered nearly century-old corner tavern in North Buffalo proved to be the perfect fit.

Herzog purchased the former Nortel Grill and converted it into the Roaming Bison Tavern, which has carved out a niche for its selection of more than 150 bourbons, ryes and whiskeys and variety of barbeque options. The Nortel first opened to serve the neighborhood surrounding Hertel Avenue back in 1929 and remained in the same family through the decades until its closure in 2015.

The Roaming Bison still features the Nortel’s old bar, beer coolers and similar exterior signage – but Herzog also refurbished the interior. The goal, Herzog said, was to welcome a new generation of customers while still maintaining appeal for longtime neighborhood patrons of the Nortel. The Roaming Bison is a great corner tavern option for those who want to experience a taste of the new Buffalo that also honors the city’s rich past. 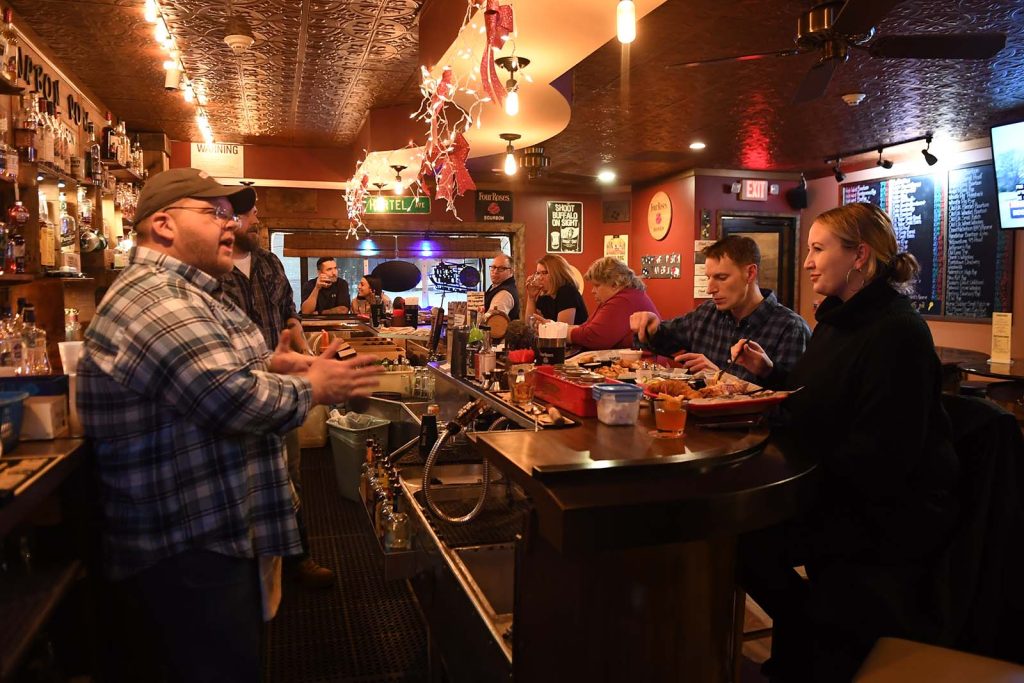 Rohall had searched for the perfect spot to own a corner tavern after a lengthy bartending career. He found it in Black Rock at a corner tavern that opened in 1946, closed in 1984, and sat vacant for more than two decades with its postwar character intact before reopening in 2011 as Rohall’s Corner. 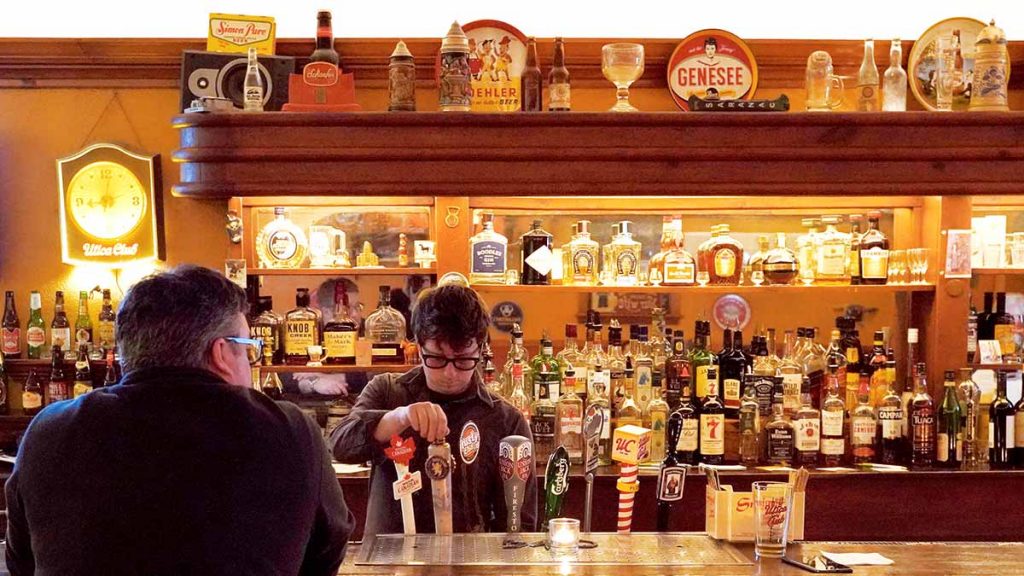 Those in the know in Buffalo’s Elmwood Village stray from its busy streets to enjoy one of its most storied watering holes.

The Place features dark mahogany walls with forest green plaid wallpaper, a copper top bar, hardwood floors, plush green booths and brass light fixtures. It’s one of Buffalo’s only restaurants with a covered front porch – a nod to the front porches adorning the neighborhood’s Victorian homes.  While the menu and décor has evolved over 140 years, The Place’s ability to connect Buffalonians  of all stripes over a pint,
good conversation and a warm meal has remained the same. 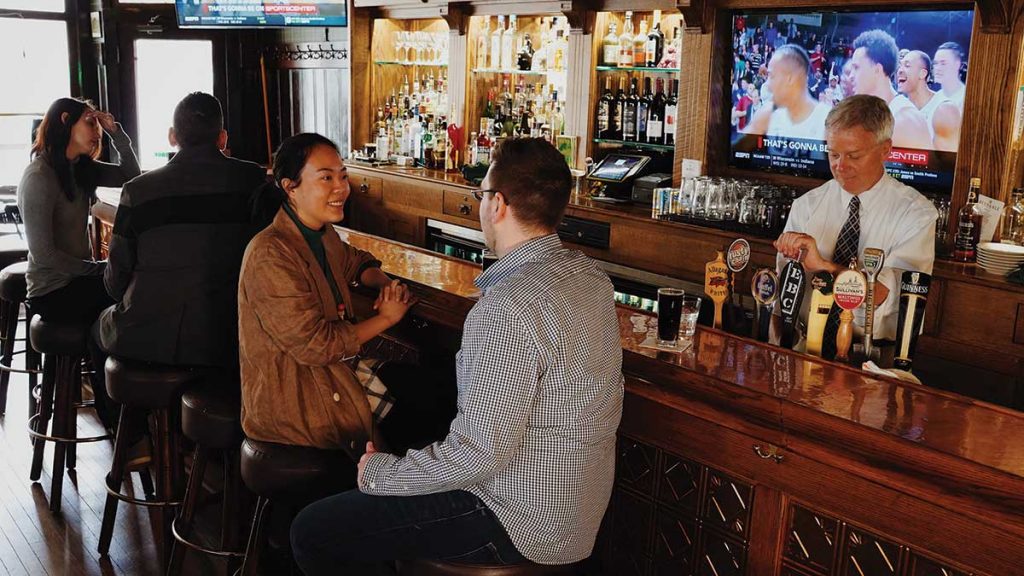 A quick glance through the 30 different beers and 70 liquors available at the Adam Mickiewicz Library and Dramatic Circle reveals this is no ordinary bar. Zywiec and Okocim beers are on tap, cans of Tyskie are in the fridge and bottles of Krupnik and more than a dozen Polish vodkas line the shelves. For the cost of a cover charge at a bar in a larger city – just $10 – visitors can become a member of this private club that has been a staple of Buffalo’s East Side for more than 120 years.

It’s well worth it; the Adam Mickiewicz is one of the most unique drinking and cultural experiences in Western New York – and beyond. Arrivals from Poland in the 1890s built the club – which also features a library with centuries-old Polish books and an auditorium that’s Buffalo’s longest operating theater – as a way to keepthe connection to their heritage strong.

The bar is tucked away inside the club – enter the front door and walk through a foyer and an old parlor room with a pool table and a 1950s jukebox to get there. Maps of Poland line the walls of the bar, which is open every Friday and Saturday night, and it’s not unheard of to still hear members sitting at the barstools speaking Polish. 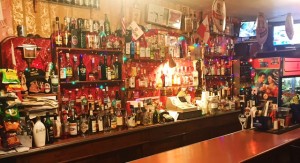