It may be the most aromatic of Buffalo’s signature dishes. Smoky, tangy, spicy — there’s nothing that can compete with the smell of an Italian sausage sizzling on an open grill. It’s the smell of summer in Buffalo, the mouth-watering scent wafting through the air on street corners downtown, at lawn fetes, carnivals, fairs, festivals, parks and backyards.

And in Buffalo, more often than not, Italian sausage means Mineo & Sapio. What started as a small neighborhood butcher shop — Mineo’s Meat Market – on Buffalo’s Massachusetts Avenue in 1920 now makes more than two million links of sausage per year, serving all of Western New York. The butcher shop of 1920 has become a beloved brand embraced by the entire Buffalo Nation – even those ex-pats who lives thousands of miles away. Homesick Buffalonians looking to get a fix of Italian sausage can find Mineo & Sapio at citymade.com. 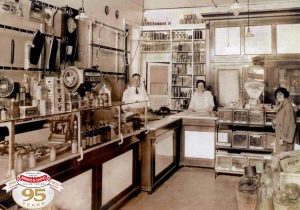 “I’m flattered that you believe we are a household name,” said Michael Pierro, owner of Mineo & Sapio, via email. “Our marketing plan is about a commitment to being a part of the community by participating in events like the Galbani Italian Heritage Festival, the Erie County Fair and the Elmwood Festival of the Arts, amongst other events, instead of just media advertisement. We believe that our commitment to a quality product is noticed by our base.”

The timeline of the 100-year-old Mineo & Sapio has a handful of significant dates that changed the course of its history and ensured we would still be eating their sausages today. The first came 31 years after its founding, in 1951, when John Mineo invited his son-in-law, Ralph “Cy” Sapio, to join the business. Six years later, when the founder retired, Cy Sapio was there to take over and maintain the business’s reputation for the city’s finest Italian sausage. He also maintained the original name – Mineo’s Meat Market. 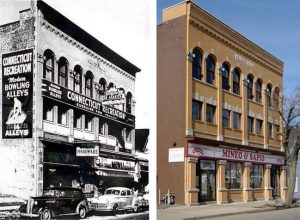 It wasn’t until the 1960s when a teenage Mike Pierro – the current owner – answered the phone at work one day and spontaneously said, “Mineo & Sapio’s” into the receiver that the business got the name that would make it a legendary Buffalo brand. The name stuck and Mike Pierro never considered changing it, even after he took over as owner in 1976.

In 1984, the business moved to its current location at 410 Connecticut Street, where it has been an anchor of West Side retail ever since and a cornerstone of its current revival. Pierro and his team continue to maintain an old-school butcher shop complete with many Mineo & Sapio products — breakfast sausage patties, stuffed peppers, meatballs and meatloaf, among others – that are not always available at area supermarkets. It’s an operation and a city neighborhood that would probably look quite familiar to the founders of the business. And undoubtedly make them proud to see the business celebrating its 100th anniversary. 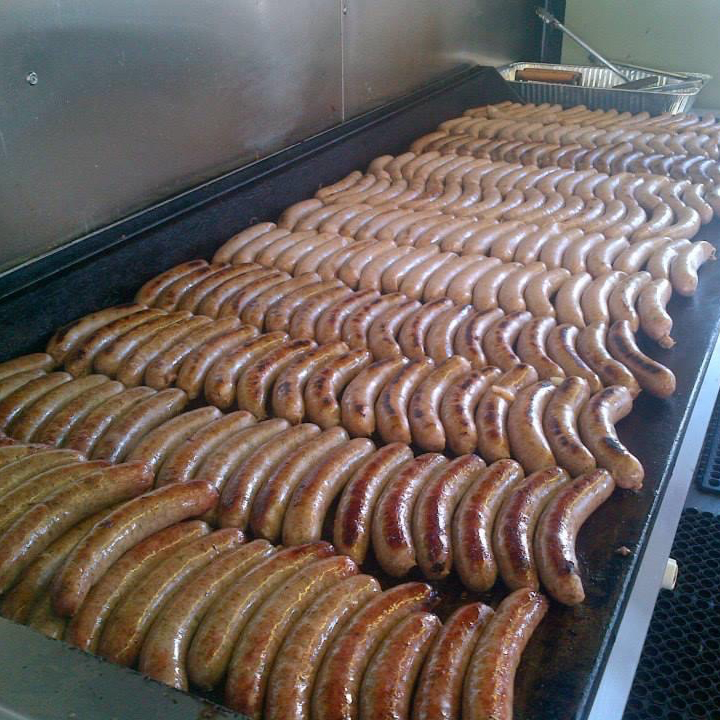 Sausages all lined up. 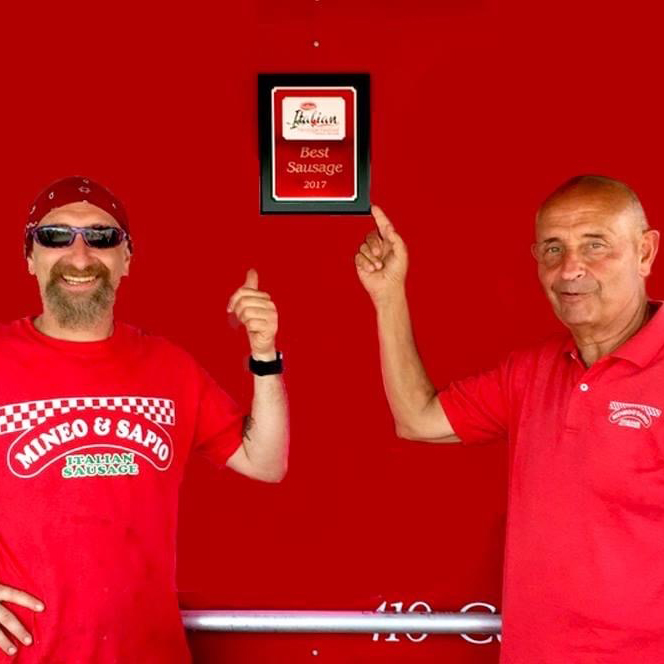 “Having been born on the West Side, nothing gives me greater pleasure than seeing its rebirth,” said Mike Pierro. “We have always made the commitment to stay and be part of the area that has helped us achieve our success.”

So, what’s the best way to prepare and serve an Italian sausage?

“This is a split decision in our family,” Pierro said. “Some members like the fresh product cooked on the grill until the internal temperature reaches 160 degrees; some prefer the precooked products, which means seven minutes on the grill. Pop the link on a nice roll with some peppers and onions. Nothing better.”