2020 was a year we’d rather forget. So, let’s do that. Let’s push PLAY and resume the movie we were all enjoying before we ever heard of COVID-19. To pick up the plot in Buffalo: the region was undergoing the kind of resurgence that hadn’t been seen in generations. Publications like The New York Times and Lonely Planet were buzzing about our parks, our grain elevators, our waterfront and our food. The secret was out. Then the pandemic forced us to pause and do our best to stop the spread.

Fast forward to 2021. There’s still a lot going on. Investments are being made. Work is underway. The region’s revival continues. To help prove the point — Travel & Leisure magazine just put Buffalo on its list of the 50 Best Places to Travel in the year to come. That breeze you feel is the wind at our back once again.

Here are twelve examples of how Buffalo continues to reinvent itself and why it’s time to jump on the Buffalo bandwagon: 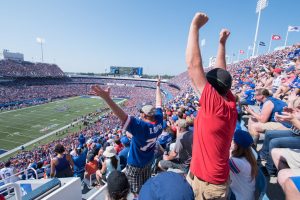 They’re back! Even in the lean years, we had the best tailgating scene in the NFL. Now just imagine what the parking lots in Orchard Park will be like when the Buffalo Bills are one of the top teams in the league. Fasten your seat belts. Here come the roaring Twenties! 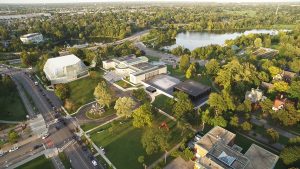 The Albright-Knox Art Gallery will be renamed and reborn in 2022 when a 30,000 square-foot addition is completed and the existing space in the 1905 and 1962 buildings is retrofitted to conform to the needs of the 21st century museum experience. While the museum’s Elmwood Avenue campus remains closed for construction, art lovers can enjoy exhibits at the AK Northland on the city’s East Side. 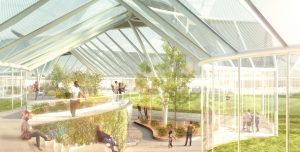 A multi-million-dollar expansion of this South Buffalo institution is planned for 2022. A butterfly conservatory, new grow houses, expanded exhibit spaces and a café are part of an ambitious master plan. 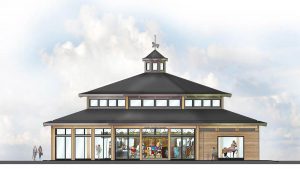 A carrousel made here by the Herschell-Spillman Carousel Factory in 1924 has been returned to Western New York and after a painstaking restoration will be installed in a solar-powered enclosure at Canalside in summer 2021. 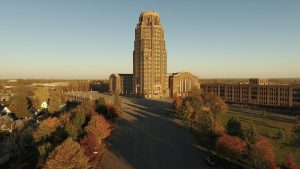 After years of uncertainty, the future is beginning to look brighter for this Art Deco masterpiece. The terminal’s former restaurant is being converted into a year-round event space – a critical first step in ensuring this icon of the city’s East Side finds a new and productive use. A Master Plan for the Buffalo Central Terminal site and its connectivity to the Broadway-Fillmore neighborhood is currently being developed to guide the long-term reuse. 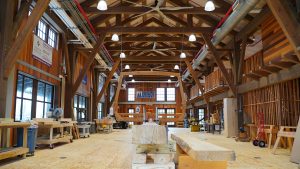 To commemorate the upcoming 200th anniversary of the opening of the Erie Canal, artisans and volunteers from the Buffalo Maritime Center will build a replica of the Seneca Chief, the 73-foot-long boat Gov. DeWitt Clinton traveled on for the inaugural journey between Buffalo and New York City in 1825. The project will commence this spring in the spectacular new longshed adjacent to the Commercial Slip at Canalside. 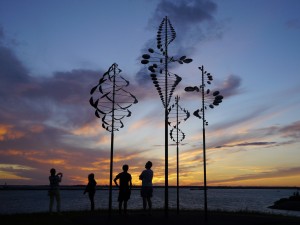 A new outdoor amphitheater that will hold up to 10,000 people is the focal point of the continuing redevelopment of Buffalo’s waterfront. Plans also call for a new boardwalk, additional water access and other public amenities.

The late Ralph C. Wilson, the founder and original owner of the Buffalo Bills, continues to impact the city he adopted with the reimagining of Buffalo’s LaSalle Park into a state-of-the-art park and recreation center. 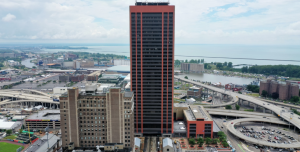 Doug Jemal. Remember that name. He’s the deep-pocketed developer who’s taking on some the biggest and most ambitious ventures ever attempted in Buffalo. First it was the re-making of the Seneca One Tower, once again buzzing with activity anchored by M&T Bank. Then he bought the Statler City building where exterior renovation is already underway. Now he’s purchased the Hyatt Regency with plans to bring the closed hotel back to life. Somebody get this man the key to the city! 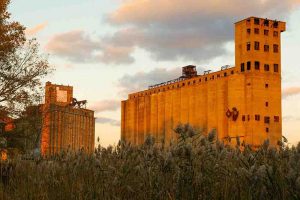 A Buffalo Rip Van Winkle awakening in 2021 would be sputtering in disbelief, his jaw on the ground, when he heard that out-of-town developers are spending millions of dollars to convert once desolate grain elevators into a residential community. But that is exactly what is happening. 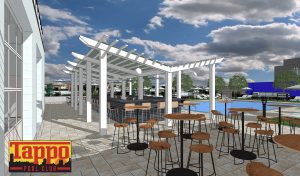 Rocco Termini continues to make his mark on Buffalo and flex his creative muscles with the construction of a new pool club on Chandler Street in Black Rock. Designed to accommodate up to 300 people, the complex will also include a 150-seat rooftop restaurant. 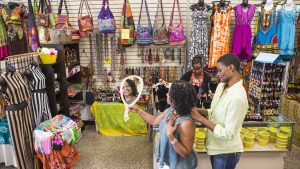 This small business incubator and neighborhood market has outgrown its home in the Grant-Ferry neighborhood and will be moving to an impressive new home on Niagara Street in the near future. A shining example of how new arrivals in a city can help repopulate and reinvigorate a district that was once in decline.