I moved to Buffalo from New York City just a few years ago, and one of the first things I noticed was the lack of really good, homemade bagels. It’s true, I am the living stereotype of a New York City bagel snob – I admit it. But there truly is such a difference between a fresh, locally made-from-scratch, traditional bagel and a round piece of bread. Trust me. The good news for Buffalonians is that over the past two years, bakers, bread masters and enthusiastic hobbyists have started experimenting with making bagels. Here are five bagel makers in Buffalo who are making authentic and delicious bagels.

Owned by married couple John and Morgan Popple, the two met in college and were in an Intro to Entrepreneurship class together. After moving to Buffalo and longing for the bagels they enjoyed during college in Cleveland, the Popples began experimenting with bread-making. The two made pizzas and bread before settling on bagels and realizing they could make a really good bagel. They sold their first bagel in August of 2020 and began selling out at pop-ups and farmers markets around Buffalo. These bagels are boiled and baked the old-fashioned way and can now be found permanently at Public Espresso at both locations in South Buffalo and Downtown Buffalo.

Read our blog here: Stores with Stories – The Bagel Jar

Owned and founded by Alex Robinson, Blue Eyed Baker has spent the past six years making a name for itself as one of Buffalos best bakeries. Over the past year, they’ve become known not only for their delicious pastries, but for their savory goods and breakfast sandwiches, too. Now, Blue Eyed Baker is making bagels every day. These bagels are hand shaped, and just like Blue Eyed Baker’s croissants, they’re HUGE. While they always have the classic bagel flavors, their jalapeno cheddar is a favorite of mine. If you like your bagels big and beautiful, Blue Eyed Baker has a bagel for you and some specialty cream cheese to pair with it. The best part? If you’re a bagel-lover like me, on Saturdays and Sundays you can get one of their delicious breakfast sandwiches on a bagel.

Breadhive has been doing bagels for the longest of anyone on this list, so I’d like to thank them for their dedication to Buffalo’s bagel scene and for paving the way for others who came after them. Breadhive’s bagels are sourdough and long fermented, like all their breads, and allowed to rise overnight in a cooler for more than 20 hours before they’re boiled and baked. My favorite way to eat a Breadhive bagel is with one of their delicious breakfast sandwiches – they even offer a house made vegan tofu scramble!

Joseph White, founder of Dopest Dough, was a touring musician for the better part of a decade and ate a lot of good bagels while on the road. Back in Buffalo, he noticed the lack of bagels around town. After suffering from carpal tunnel in both wrists, Joe decided to try bread baking as his method of physical therapy, and thus the magic began. Dopest Dough bagels are long fermented sourdough bagels, which means they use natural leavening agents for a deep and rich umami flavor. He and his fiancé hand shape each bagel, and Joe is often experimenting with cool, new flavors. You can find his bagels at Café Godot and Tipico Coffee, and he also attends many pop-up markets. Watch out for his new storefront opening next year in East Aurora!

When Scot Logan’s career as a pilot was halted by the pandemic, he started making bagels. Scot studied with bagel professional and consultant Beth George and did not cut any corners in learning how to make bagels the right way. Though he quickly found a space at 27 Chandler Street and began selling his bagels to loyal customers, Scot continued to experiment and tweak his product. His hard work has paid off, as Logan’s Bagels have a delicious flavor and just the right amount of chew. But don’t ask me how they’re so good – his technique is a secret! Pro tip: Logan’s Bagels is the only spot to offer online pre-orders for fresh bagel pickups. He bakes them right before your pick-up time so that they’re hot out of the oven when you get them – now that’s unbeatable service! 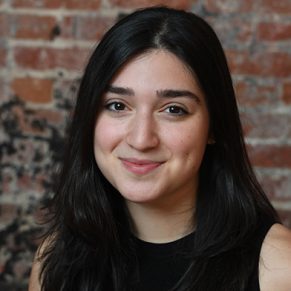