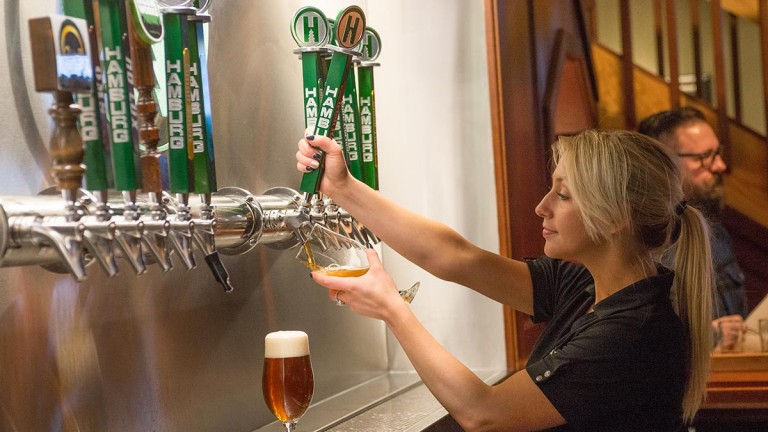 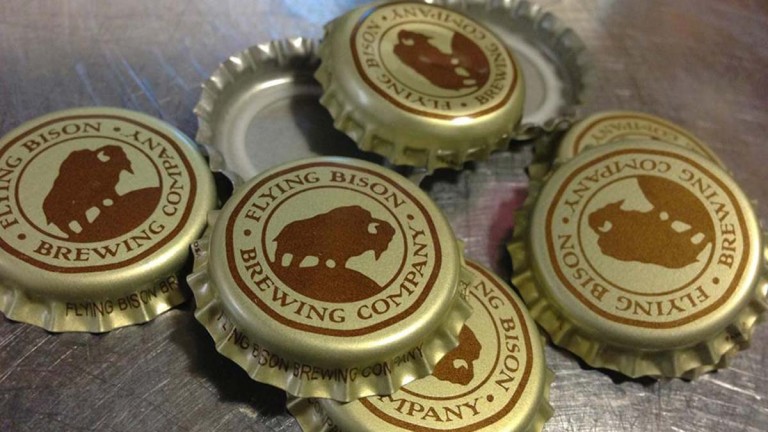 We pride ourselves on our 4 a.m. closing time, our preference for Labatt over Budweiser and our notoriety as the best tailgaters in the NFL.

Lately, however, this penchant for throwing back a few cold ones has expanded beyond the football stadium and the late night bar scene. Over the last couple of years, Buffalo has become a mecca of craft brewing. New breweries are popping up throughout the city alongside a pantheon of sophisticated bars offering a vast array of specialty beers.

A couple friends and I embarked on a biking tour of the Buffalo brewing scene. While some restraint was required (in order to remain upright on our bikes), we managed to hit up some of Buffalo’s coolest breweries. In order to see them all, we’ll have to take a second tour — maybe next weekend?

We started our adventure at the Elmwood-Bidwell Farmers Market. Running every Saturday from May-October, the Market is a whirlwind of fresh produce, craft items, artisanal goods, and of course, your neighborhood troubadours, jugglers, hula-hoopers, and kubb players. On this day, our group bypassed the fresh veggies for a growler from the Community Beer Works stand (to save for later in the week). Known as Buffalo’s first nanobrewery, Community Beer Works is an environmentally friendly, community oriented brewery located at Lafayette and Niagara Streets on Buffalo’s up and coming West Side. The farmer’s market is not your only chance to sample their beer — they also have retail hours and other events right inside their brewing facilities.

From the Farmer’s Market we headed west to Niagara Street, where the new Resurgence Brewing Company has been making waves in Buffalo since it recently opened. My companions and I were enchanted by its warehouse charm and inclusion of childhood games such as Trivial Pursuit, giant Jenga and Corn Hole. Even better were its beautiful outdoor beer garden and fire pit, and its Buffalo-centric beer —loganberry wit or sponge candy stout, anyone?

Hungry from our daytime sampling of beer, we headed downtown to another staple of the Buffalo beer scene — Pearl Street Brewery. Along with our beers (my compatriots ordered the signature Trainwreck amber ale while I went with the Blue Eyed Blueberry Blonde), we ordered a delicious and filling lunch of Buffalo staples such as beef on weck and kielbasa.

From downtown we headed south to the Old First Ward, which sits along Buffalo’s industrial waterfront, where kayakers and water bikers can frequently be found amidst the towering grain elevators. Here we found Gene McCarthy’s, a classic neighborhood pub that recently began brewing its own Old First Ward brand. We sampled some of their original brews, such as the H.O. Oats stout and a special mango-infused beer, out on their fabulous patio.

Hitting four breweries in one day was satiation enough for my group — but we’re planning on heading out for part two soon! There are simply too many breweries in Buffalo to experience them all in one day.  Flying Bison Brewing Company, Big Ditch Brewing and more are on the list!