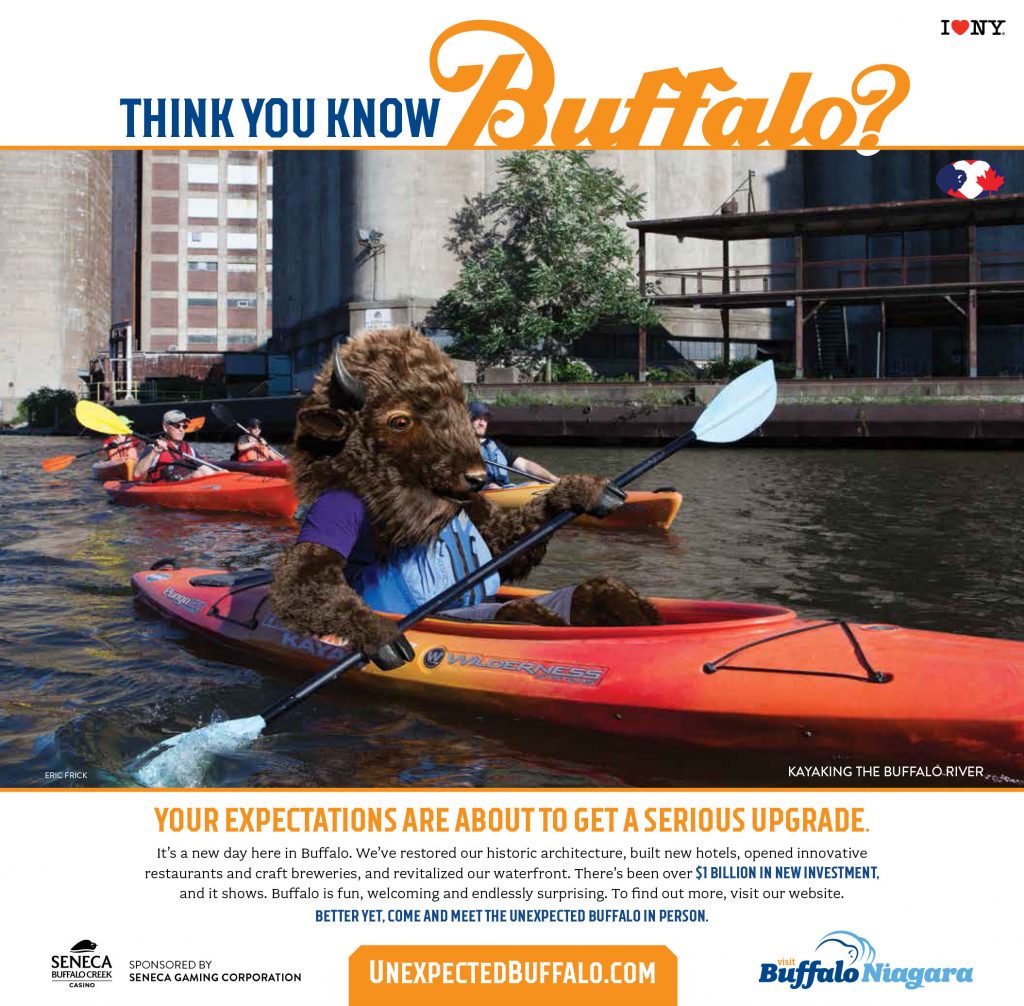 An example of Unexpected Buffalo advertising that appeared in The Toronto Star.

The association lauded VBN for creating a “bold and specific” campaign that debuted in the spring of 2017 and featured a :30 TV spot, print ads in daily newspapers and city magazines, out-of-home and transit advertising and digital and social media placements in the key visitor markets of Toronto, Rochester, Erie, Pittsburgh and Cleveland. VBN also deployed the campaign in publications geared for meeting and sports events planners, as well as internationally.

The campaign produced significant results for Buffalo and Erie County’s tourism industry. A Texas A&M University conversion study commissioned by Visit Buffalo Niagara showed there was a high degree of awareness of the Unexpected Buffalo campaign in those key target markets and an increased likelihood among consumers to travel to Buffalo. More than 105,000 visitor parties from those markets spent $1,029 on average per visitor party in Buffalo, totaling $108 million in economic impact in the campaign’s first year. Based on an investment of $1.3 million, the Unexpected Buffalo campaign returned $84 in economic impact to the community for every $1 Visit Buffalo Niagara invested.

“This is a well-considered campaign that seemed to successfully re-craft the popular narrative about Buffalo, and to make some people want to visit,” The U.S. Travel Association judges noted.  “In giving such a defined and specific image to a previously undefined location (per research), the judges thought this campaign was masterful, cheeky and smart.” 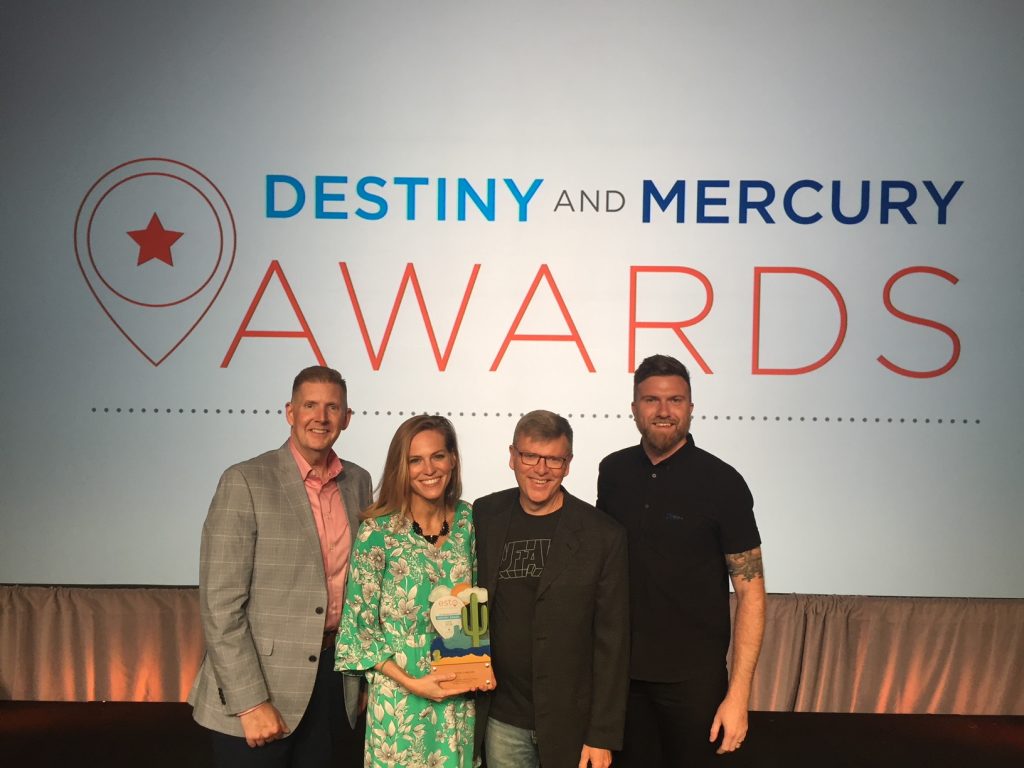 Patrick Kaler, president and CEO of Visit Buffalo Niagara, said the success of the Unexpected Buffalo campaign lies in its dual meaning. For visitors, so many of the city’s amenities – from its world-class art and architecture to its walkable neighborhoods, redeveloped waterfront and boom in new restaurants, breweries and distilleries – are all unexpected. The Unexpected Buffalo avatar and campaign embodies the city it promotes.

The award comes on the heels of the recently published 2017 Tourism Economics report commissioned by New York State, which revealed total visitor spending in Erie County rose last year to $1.79 billion, an increase of 30 percent since 2012.

“Our team is humbled and honored to receive this recognition. Promoting Buffalo’s renaissance and growing the region’s tourism industry inspired and guided the creation of this campaign,” Kaler said. “Receiving this award puts the Buffalo Niagara region on a national stage among travel and tourism industry leaders and is a wonderful third-party validation of our efforts.”

Visit Buffalo Niagara sells and markets our assets and attractions to visitors outside of the Buffalo Niagara region as a convention, tourism and leisure destination for the economic benefit of the community.