I don’t remember exactly when my girlfriend Meg approached me with the idea of driving across the country to her family’s open cottage on Lake Erie. It was just one of the blur of spring 2020 days when April became May and then June.

The idea of easy access to a beach and a yard definitely excited me and, like countless couples in newly formed “work from home” set-ups, we both were ready for a change of scenery from our small San Francisco apartment.

After spending nearly three months in Western New York this past year, I want to say something very clearly to the residents of greater Buffalo that even most locals still seem hesitant to say: You live in an absolutely beautiful and fun place.

Who knew? Even the locals that I’ve talked to don’t realize how good they’ve got it. Yes, the Bills are great and the wings are delicious. But, there are more than 716 reasons why the 716 is a truly wonderful region of the country that deserves far more recognition than it gets.

Let’s start with the 716’s world-class food and drink. I can’t list all of the meals that I enjoyed or we’d be here all day. But for starters, Inizio, Waxlight Bar a Vin, Las Puertas, Jay’s Artisan Pizza, West Rose/The Grange, Billy Club, and The Little Club are absolutely top-tier, phenomenal dining destinations. I think Gabriel’s Gate serves the most wonderful wings I’ve tried in Buffalo, but the iconic Bar-Bill Tavern in East Aurora was one of our top picks from our summer in Buffalo. For coffee? I’d gladly wake up each day with a cappuccino from Public Espresso, an espresso from Overwinter or a cold brew from Remedy House.

Picking top breweries in Buffalo is an impossible task because there are so many of them and each one that I sampled from was quite impressive. I would initially steer you to Community Beer Works, Resurgence Brewing, Froth Brewing and the brand new First Line Brewing, but that’s barely scraping the foam off the beer’s surface. Meanwhile, driving around Westfield’s vineyards sent me back to the glorious vineyard-covered vistas back home in Sonoma and Napa counties.

Letchworth State Park was even more stunning than everyone said it would be. The hills outside Fredonia and around Ellicottville and Cattaraugus County taught me why most residents in the northeast love autumn — the rolling hills combined with peak foliage! (In San Francisco, autumn is just an extension of summer.)

And, there’s no doubt that my favorite views in Western New York are anything with water! Red House Lake in Allegany State Park. Hoyt Lake in Delaware Park. Canalside. The view of Toronto across Lake Ontario. The Niagara River. Over in Chautauqua County, Luensman Overview Park and Lake Erie State Park’s views make the Great Lake look like the Pacific, with the horizon being an endless sea of blue. (If you’re out on the lakeshore for a sunset, stop and get some ice cream at the Big Dipper in Dunkirk after enjoying the views!)

Even though late summer feels like ages ago at this point, the storylines and moments from Western New York are still with me 3,000 miles and three months later. The pandemic? It’s far from over. Meg’s stepdad started chemotherapy when we were there and, after spending the holidays and New Year’s at Roswell, he arrived back home greeted by…the Bills’ first playoff victory in 24 years. It was one more special gift from what I now know is a very special place. Cheers, Buffalo!

All photos by Trevor Felch 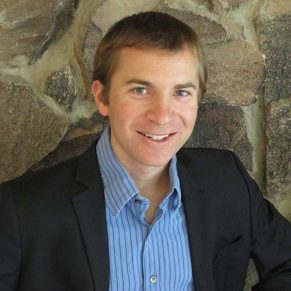 Trevor is a San Francisco based restaurants, bars and travel writer. Previously, he was the editor for Zagat SF and a researcher for NBC's 2016 Olympics coverage.