Buffalo is known as the City of Good Neighbors and that aspirational title is a fitting description of the LGBTQ+ community here. With a mid-western work ethic and a progressive ethos, Buffalo’s LGBTQ+ scene has been thriving for decades.

Love and inclusivity are at the core of Buffalo’s gay scene. There are a wide variety of LGBTQ+-focused activities and attractions in Buffalo. Travelers are welcome to enjoy all Buffalo has to offer in nightlife, culture, events, the arts and shopping.

When gay marriage was legalized in the US in 2015, Buffalo joyously raised the pride flag at City Hall, our most iconic building. Showcasing the pride flag symbolizes the support the city of Buffalo shows to its LGBTQ+ neighbors. Additionally, every year during Buffalo Pride Week, the city begins its celebrations with a pride and transgender flag raising ceremony where elected officials emphasize the ways that Buffalo is stronger and more vibrant with LGBTQ+ folks.

Cathode Ray, Q Bar, Fugazi, Funky Monkey Nite Club and Underground Niteclub are some of the most popular established gay bars in Allentown. Visitors are often shocked by the size, especially if it’s Big Ass Drink Night at Cathode Ray, and affordability of our drinks.

In addition to the art-filled storefronts on Allen Street, Buffalo hosts the Allentown Art Festival where hundreds of artists showcase their work in outdoor booths. It’s an opportunity for locals and visitors to meet artists and add art to their collections.

Local artists, Mikey Harmon and Ari Moore, debuted the mural titled “Stonewall Nation: WNY LGBT History Mural” on National Coming Out Day in 2020. The artwork features 27 LGBTQ+ activists, the progress pride flag and the Stonewall Inn, notorious for being the site of the 1969 riots that launched the gay rights movement in New York City. It is located at 44 Allen Street on the side of Q Bar.

The Freedom Wall, situated at the corner of Michigan Avenue and East Ferry Street, boasts 28 renderings of civil-rights leaders, including LGBTQ+ political activist and writer, Angela Davis. Both the Freedom Wall and Stonewall Nation are part of the Buffalo AKG’s Public Art Initiative.

With a full week of LGBTQ+ empowering events, Buffalo Pride Week is a major draw for visitors and locals alike. Pride Week is an opportunity for the community to commemorate LGBTQ+ history and culture. It is open to allies and families, as well.

The Pride Parade is the largest annual parade in the City of Buffalo, traveling down Elmwood Avenue from Forest Avenue all the way to Niagara Square. Local businesses and organizations showcase their unity with colorful floats and costumes.

Since relocating the Pride Festival to Canalside, Buffalo has seen attendance skyrocket to 15,000 unique individuals. With LGBTQ+ icons taking the main stage, like Todrick Hall and drag queens Bianca Del Rio and Brooke Lynn Hytes, the Pride Festival is a party like no other. Attendees also enjoy the shopping and food booths and kid-friendly activities.

Programming throughout Buffalo Pride Week is as diverse as the LGBTQ+ community. With a Gay 5K, the Dyke March and the Flag Raising Ceremony, to name a few, there are so many opportunities for queer people to find an event that suits them.

The Golden Age of Drag is alive and well in Buffalo. Club Marcella is a LGBTQ+ dance club located in Downtown Buffalo, hosting regular drag nights. See local queens take the stage and you may even be invited up yourself! Marcella is also known as a hot spot for visiting big-name drag queens performing in the Theater District to stop by after their own sets.

Drag brunch, featuring popular local queens, is another favorite. Restaurants and bars like DBGB’s and Misuta Chow’s are well known for their off the wall drag brunches. They don’t call us the Queen City for nothing!

Buffalo native, singer-songwriter and queer artist, Ani DiFranco purchased Asbury Church, a deteriorating historic building circa 1874, in 2000. Today it serves as Babeville: a music venue, event space and the headquarters of DiFranco’s Righteous Babe Records. It hosts performances by major touring acts and up-and-coming performers. Couples can even reserve venue space in Babeville for a wedding, though we can’t promise Ani will officiate.

Other notable theater companies include, the Torn Space Theatre in the Adam Mickiewicz Library and Dramatic Circle, the Kavinoky Theatre at D’Youville College and the Theatre of the Youth in Allentown. Buffalo’s Shakespeare in the Park held every summer in Delaware Park is one of the largest celebrations of the great playwright’s work in the United States.

In addition to the dance clubs, bars and theater Buffalo nightlife has to offer, Ambush is a monthly event where lesbians take over a different straight bar. Organizers describe it as a fun, low-key way to hang out with your friends and meet other lesbians in the area. Ambush events are open to the LGBTQ+ community and its allies. Their past events include Ambush Pride and Leztoberfest.

The Elmwood Village is a dynamic and unique business district in the city of Buffalo. With coffee shops, restaurants and shopping, all in a walkable strip, visitors and locals alike love exploring this chill neighborhood. In the Elmwood Village, visitors will find one-of-a-kind shops, beautiful parks and world-class art museums at the Buffalo AKG Art Museum and the Burchfield Penney Art Center.

Dining: Dining Out For Life

Buffalo is well known for its wings, but did you know that Buffalo hosts a stunning array of international and fine dining restaurants? Not only that, but every year dozens of restaurants take part in the annual Dining Out For Life event where proceeds from sales benefit a local HIV service organization. Billed as “The most satisfying meal you’ll ever eat,” DOFL proceeds go to Evergreen Health’s HIV services where they provide life-changing services to individuals living with chronic illness or who are under-served by the healthcare system.

The Pride Center of WNY and GLYS WNY (Gay and Lesbian Youth Services) are excellent resources for the LGBTQ+ community in Buffalo. Those visiting Buffalo for extended stays or who have specific questions about the community are welcome to contact these organizations. Both organizations advocate to make Western New York a safe place to live and work. 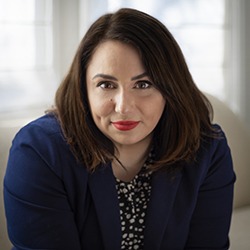 Melissa is writer for local and international publications and organizations. She has lived in Buffalo for almost two decades and is a proud member of the LGBTQ+ community.