As Dyngus Day approaches on April 18, I’m reminded of one of my favorite unattributed sayings: “Tradition is the tending of the fire, not the worship of the ashes.” When Tom Hryvniak, Eddy Dobosiewicz, Jackie Schmid, Marty Biniaz, and others organized the first Dyngus Day Parade in 2007, Dyngus Day wasn’t quite ashes. The embers were still burning in Buffalo, where Dyngus Day had been celebrated annually at taverns and halls like the St. Stanislaus Athletic Club, Chopin Singing Society, and Adam Mickiewicz Library & Dramatic Circle for decades.

The Dyngus Day Parade, however, has catapulted Dyngus Day from an obscure Easter Monday celebration into one of the country’s premier ethnic festivals. Buffalo is now indisputably the Dyngus Day Capital of America. The Dyngus Day Parade, which started out with only a handful of participants and now in its sixteenth year will certainly attract tens of thousands, secured this title for Buffalo. The 2007 organizers set out with this goal and made it happen.

What on earth is Dyngus Day? It’s best known to Buffalonians as the Monday after Easter on which revelers, whether they’re Polish or not, splash water on and whip pussy willows at the objects of their affection. Squirt guns now usually take the place of traditional buckets of water. Polish beer, krupnik, and polka are the fuel for this revelry. Red and white clothing in the colors of the flag of Poland is nearly universal.

Dyngus Day has been celebrated in Poland for centuries and in Buffalo at least as far back as the 1873 establishment of St. Stanislaus Church on Peckham Street. The earliest English language newspaper account of Dyngus Day in Buffalo I could find was from 1897, when the Buffalo Courier recounted a “brilliant and picturesque scene at St. Stanislaus Hall.” The Courier recounted on April 25, 1916, “Observing the legendary custom of Poland, Polish boys yesterday exercised their privilege of the dyngus, which means to whip or pour water on some member of the opposite sex.”

These traditions likely have pagan Slavic origins, though Dyngus Day has long been associated with the 966 A.D. baptism of Prince Mieszko I. Dyngus Day’s revival in Buffalo is perhaps rooted in a new hunger for tradition and connections to the past, particularly among Polish Americans but not only. The festival has become synonymous with Buffalo, where everybody is Polish on Dyngus Day.

The Dyngus Day Parade takes place on Monday, April 18, at 5 pm, and will run along Broadway from Memorial Drive to Fillmore Avenue. Broadway/Fillmore is the heart of the old Polonia, and the center of what is now Buffalo’s fastest growing immigrant neighborhood (again!). Polish churches, halls, and taverns endure, while many neighborhood landmarks have been reborn for new Americans; for example, the former Police Station No. 8 is now the Buddhist Cultural Center and the former Holy Mother of the Rosary Polish National Cathedral is now the Masjid Zakariya mosque.

Broadway Fillmore is now also my neighborhood, where I purchased a long vacant Polish tavern, live upstairs with my dog and cat, and thanks to member contributions have restored the original 1914 bar as the nonprofit Eugene V. Debs Hall. I had my first ever bartending experience at Mickie’s on Dyngus Day 2014, and loved it so much that I set a goal to reactivate an East Buffalo corner tavern. Dyngus Day made a solid impression.

As a preservationist, I have found that history and culture have always been a powerful and galvanizing force for urban regeneration. With my new neighbors, pussy willows in hand, we will tend the fire of the Dyngus Day tradition, whose embers will not soon be doused by even the most powerful squirt gun. 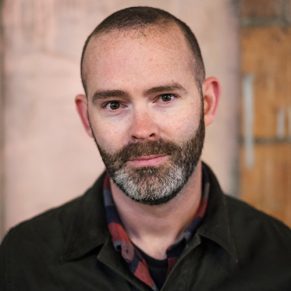 Chris Hawley is an urbanist, cyclist, and history buff who loves all things Buffalo.