Learn a trade, while learning to appreciate the work of past artisans. This is one of the big ideas underscoring a series of ambitious urban projects at Assembly House 150. Situated in the decommissioned Immaculate Conception Church in Allentown, the burgeoning endeavor is the brainchild of artist, educator and designer Dennis Maher.

Working with a team of experienced artisans, Maher, a professor of architecture at UB, has created an “experiential classroom” and exhibit space where adults learn not only coveted work skills but the joy and satisfaction of purposeful creativity. Maher, a Baltimore native who’s been absorbed in Western New York culture and lore for two decades now, pays homage to our history of fine craftsmanship, a tradition he believes can and should be passed on. The benefit accrues to all: Students in the SACRA (Society for the Advancement of Construction Related Arts) program—men and women, mostly ages 18 through late 20s, recruited from across the city—learn marketable skills (their job placement rate is 80 percent), and the community is enhanced through restoration of our beautiful built environment.

Providing expertise is a corps of talented tradespeople, union workers, and retirees. Connecting the old with the new, in so many ways, has been a blessing all around. Instructors are those who’ve accumulated a wealth of knowledge over time, imparting their skills to a new group of workers, many of whom had never learned to use even the simplest of tools.

“I think people are yearning for a sense of connection,” and the “recovery of exceptionalness,” so compromised by a world of standardization, says Maher. This once empty church edifice particularly appealed to him for its sheer size, 10,000 square feet of work and exhibit space, as well as its beauty.

“The building has so many historic features and examples of old-school craftsmanship, such as leaded glass windows and plasterwork and stonework,” he notes. What better place to initiate students into artisanship?

Or, as Maher likes to put it, what better place to “create wonder?” He says, “I am interested in spaces that spark curiosity, that inspire…that cause you to ask questions.” To that end, he has worked on a slew of other projects around the city with various collaborators, including, for PUSH Buffalo, the New Normal Porch at 236 Normal Avenue, a multi-use porch, and the Northland Pattern Wall, a three-dimensional wooden wall mural for the public lobby of the Northland Workforce Training Center. He also worked with area tradespeople to create “The House of Collective Repair” installation at the Buffalo AKG while serving at the museum’s artist-in-residence in 2013. The Quarter House inside Assembly House 150 is a demonstration of traditional housebuilding techniques by SACRA students.

The future looks bright, including plans to develop new revenue streams through “uniquely-crafted projects we create,” he says. Right now, students are building “outdoor rooms” for purchase, small outdoor spaces—suitable, for example, as a studio or yoga room—which can be placed in a backyard.

The pandemic has delayed widespread revelation of more recent work, but projects have been chugging along since SACRA began in 2017. The Assembly House 150 space lends itself to much larger scale projects, not to mention social distancing, with class sizes of only 10 to 12 students. Though public exhibits have been curtailed for now, Maher hopes to be open for small group tours later this Spring.

In the meantime, virtual tours are available through the website, www.assemblyhouse150.org 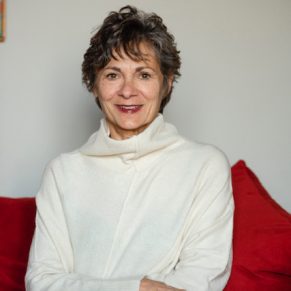 Maria Scrivani is a former reporter for The Buffalo News and a contributing writer for Buffalo Spree Magazine. She is co-author of BEAUTIFUL BUFFALO: PRESERVING A CITY, wrote BRIGHTER BUFFALO: RENEWING A CITY and her latest book, a children’s guide called ALL ABOUT BUFFALO.