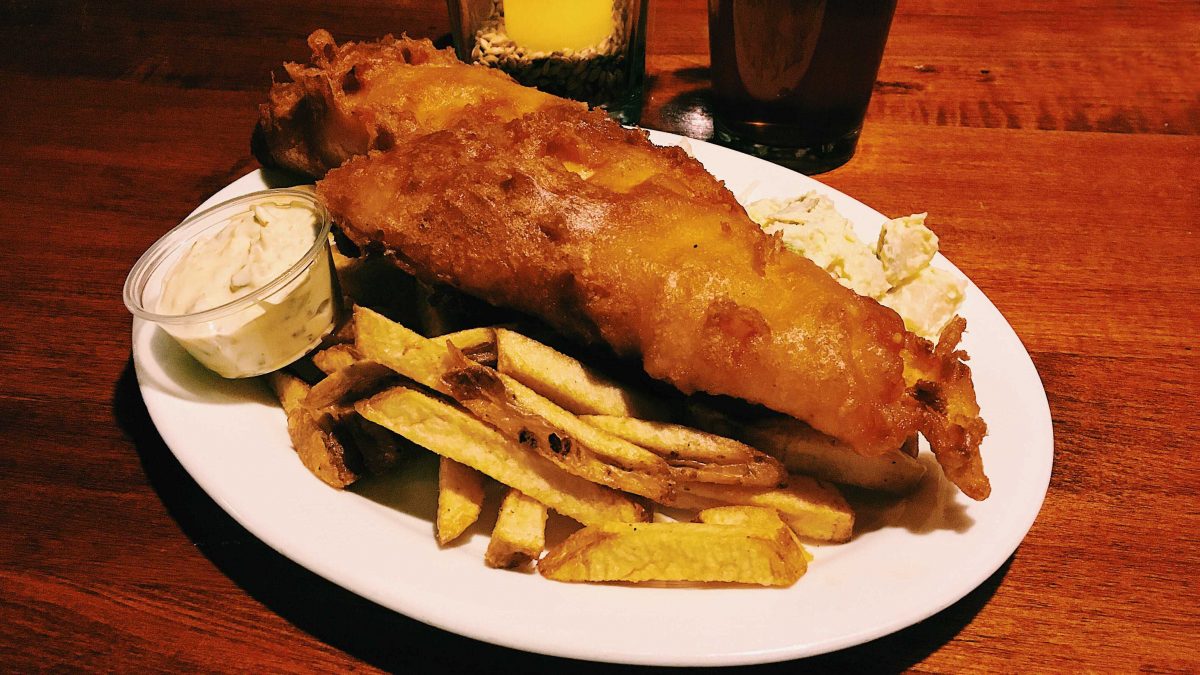 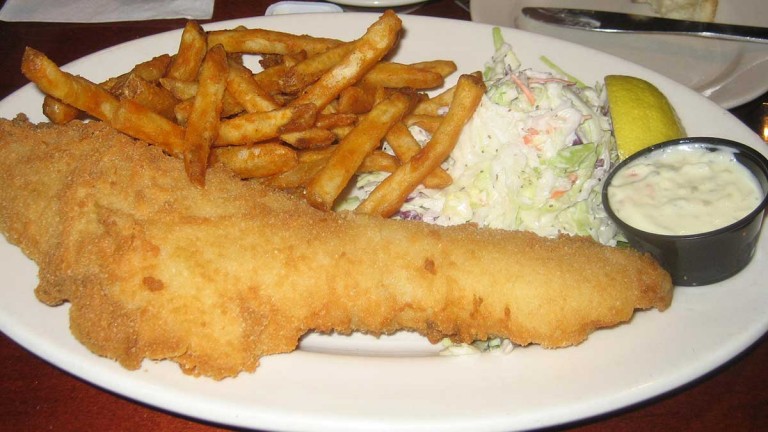 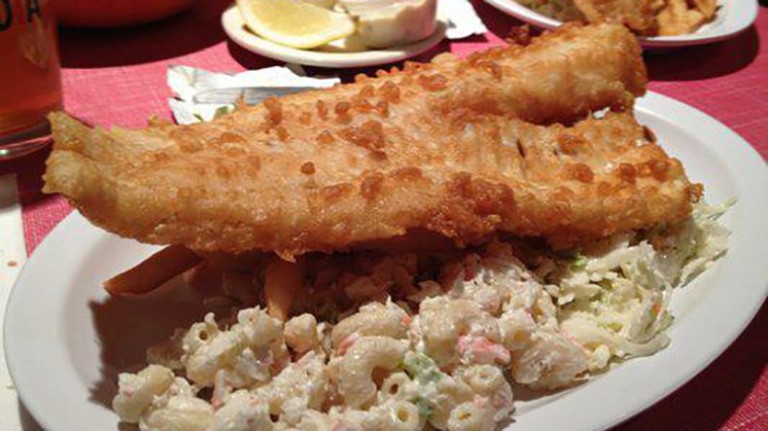 Buffalo didn’t invent the fish fry, but we definitely incorporated it into our culinary identity. Many local bars and pubs will offer a fish fry year round, but during Lent you’ll find them in practically every restaurant in Western New York. Most of the time you will find fried haddock or cod with a side of fries, macaroni salad or potato salad. It seems everyone has their favorite place to get a fish fry and most of the time it’s at a place they’ve grown up eating at.

The following restaurants are located throughout Western New York and all offer something a bit different, whether it’s a takeout restaurant with a giant selection of seafood, a restaurant that’s also a brewery or an unsuspecting deli in North Buffalo.

Gene McCarthy’s has been open in the First Ward since 1963. Known for a great bar and comfort food, just a few years ago this small Buffalo tavern came under new ownership. Lucky for everyone, these new owners also happened to be craft beer enthusiasts and opened a brewery next door (Old First Ward Brewing). They’ve worked hard to build a beer selection that’s one of the best in the city.

Located in the mist of grain elevators and train tracks, even with the brewery (and beer garden), Gene McCarthy’s still feels like a neighborhood Irish pub with a great view of Silo City. Their menu features local comfort food staples (burgers, beef on weck, corned beef) but their fish fry is definitely worth checking out. Their Friday fish fry includes 14 ounces of beer-battered haddock, coleslaw, macaroni salad and fresh-cut fries. Pretty standard offerings for a Buffalo fish fry, but it’s consistently fresh and the kitchen goes out of their way to use premium fish. Plus the portions are huge. If your stomach isn’t up for the task, you can also get a half size version (7 oz). If there’s a better setting to eat a fish fry in Buffalo, we haven’t found it.

On Clinton Street in Kaisertown lies an old-time fish fry purveyor that seems to be growing in popularity as the years pass by. Revered for their massively portioned haddock fillets (served breaded, battered, Cajun or broiled), Wiechec’s has held true to the mantra of “if it ain’t broke, don’t fix it”.

It’s understandable that Bailey Seafood wouldn’t be on the radar for most locals looking for a good fish fry. The building is located just south of UB’s South Campus in a bland industrial style building next to an ABC Rental. Bailey Seafood is more of a takeout business than a traditional “sit-down restaurant” where customers can order fresh fish or several prepared foods to go.

Among their dozens and dozens of seafood options, Bailey’s serves one of the best fish frys in Western New York. What’s unique about Bailey Seafood are its options. Customers can pick from options of Catfish, Haddock, Tilapia, Cod, Bass, Red Snapper, Yellow Pike or Butterfish. Each order comes with French fries, coleslaw, tartar sauce and hushpuppies. They also serve Salmon, Scallops, Clams, Shrimp, Crawfish and even Frog Legs. If you want to change it up just a bit, try their Super Fish Sandwich. It’s basically a fish fry (including the fries, coleslaw and tartar sauce) in sandwich form and has gained a cult following on its own. Also, they are the only location on this list that has an online ordering system that will help you navigate their large menu.

It would be easy to see Joe’s Deli on Hertel and assume they are just a standard deli that makes a good turkey sandwich. That’s sort-of true, they do make really amazing sandwiches, but the kitchen staff is also incredibly versatile. Their daily specials include everything from beet salads to pork cheek sliders. They also make really fantastic tacos (seriously) and on Fridays (year round) they offer one of the best fish frys in Western New York.

For just $9, you’ll get a beer battered piece of haddock with fresh cut fries and coleslaw. Like everything on the menu at Joe’s Deli, everything is made from scratch, even the tartar sauce. You can taste the difference in their house made beer batter and the coleslaw will have you wanting to order an extra side to take home. One of the benefits of Joe’s Deli is their casual and quick service, their Hertel location is ideal if you don’t feel like sitting down and just want a quick meal. If you really want to spice it up, we also highly recommend their fish tacos topped with cilantro lime, sour cream and jalapeno coleslaw. It’s worth checking their specials menu on social media on a regular basis.

The oldest restaurant on the list, Hayes has been serving up quality seafood in Western New York since 1877. While not a traditional table service restaurant, they have completed recent renovations and have a nice indoor seating area for after you order your food at the counter.

Like most fish frys around town, the portions at Hayes are huge. However, Hayes goes out of their way to provide something better. The fish batter is thin and light, which can be a nice break from heavier beer-battered versions found elsewhere. In addition to fried Haddock, they also offer both broiled and blackened fish dinners for those who want a slightly healthier option. Sides consist of French fries, coleslaw, potato salad and a roll and butter. Hayes is also one of the few places in Buffalo where you can get a Maine-style lobster roll. This is a no-frills place; expect paper plates and plastic cups. But everything is always perfectly hot and fresh, which might have something to do with the fresh fish counter where you can order some seafood to take home. Don’t feel like sitting down for dinner? They have an efficient take-out business as well.

This East Side bar and restaurant will be packed to the gills during Lent. A very popular, breaded fish fry can be found at Happy Swallow in the weeks leading up to Easter. Served with all the fixins, this is the place to go to rub elbows with the local fish fry enthusiasts.

A local fish fry institution for half a century, McPartlan’s cooks up the quintessential fish fry – light, flaky and never greasy. As with most fish fry places, you get your choice of a half or whole haddock fillet, but what makes McPartlan’s unique is the wealth of other seafood options available including scallops, shrimp and clams.