When Celia Pearce started thinking about moving to Buffalo, it didn’t take long to find a reminder of her native Argentina.

“If Argentina wins, it’s a party everywhere,” she said of the traditionally strong national men’s soccer team. “Everyone is on the streets celebrating, out with their flags and singing – it’s a madhouse. It’s like if the Buffalo Bills won the Super Bowl, but it’s a celebration like that after every game we win.”

Looking for a taste of home, she and her husband, Shawn, a Buffalo native, found Mès Que on Hertel Avenue and discovered the city’s blooming soccer culture while visiting his parents during the 2014 World Cup.

“We Googled and saw they were the soccer bar for European leagues, so we were like ok, let’s check that place,” she said. “We thought we were going to be the only ones wearing Argentina jerseys. But the place was full of Argentina fans.”

The same was true during Argentina’s 2-1 win over Australia during the 2022 World Cup. Pearce and dozens of her fellow supporters filled Mès Que with the national team’s sky blue and white colors. The steady buzz throughout the match elevated to a roar when their team scored and remained there in the moments before and after the final whistle that signaled a berth in the tournament quarterfinals.

Places like Mès Que, Banshee Irish Pub on Franklin Street and Duende at Silo City opened as early as 5 a.m. for the group stage of the World Cup, due to the time difference between Buffalo and Qatar, the tournament’s host nation.

“I went down to Banshee a couple mornings and I was impressed with the number of people who were there for a 5 a.m. game,” said Denis Yacinthe, vice-president of the Buffalo chapter of the national soccer boosters organization American Outlaws, which gathers regularly for international matches throughout the year.

The match between the United States Men’s National Team and England triggered a rare sight – lines extending out the door early on a Friday afternoon.

“The Black Friday game was unbelievable, two floors completely packed, sold out and a line of 60 or 70 people outside,” Yacinthe said.

The cavernous Hofbrauhaus Buffalo was also filled to capacity that day, with chants of U-S-A repeatedly echoing through the beer hall as the USMNT battled to a 0-0 draw that helped secure a spot in the subsequent Round of 16.

While interest in the World Cup, particularly America’s success, caused a spike in the crowds at each of the city’s soccer hotbeds during the tournament, hardcore fans meet up regularly for international competitions like the English Premier League and European Champions League.

“If there’s a game that matters in the soccer world, people will be there watching,” Yacinthe said of Banshee.

The same holds true at Mès Que and Duende, which opened in time for the 2018 World Cup.

“We believe in providing space and land for people for all walks of life, and thought having regular matches on the screen would be something that would help cultivate the international experience for people here,” said Kevin Cain, Duende’s manager. “You’ve got guys from the First Ward, and they’re standing next to people who were born in Cameroon and the Congo.”

Duende also offers space for fans to get to know each other away from the bar and televisions.

Fans gather in the Watu Cantina at Duende / Photo: Duende at Silo City

“In the back yard, we have small practice nets in the back yard and we always have soccer balls for people to kick around,” said Cain, who noted the sport has been integral to Duende’s appeal.

“It’s about culture, the interaction between people — those are the things we really care about cultivating down here,” he said. “The thing that really matters is people are coming together and learning about far-away places from standing and talking to someone. It’s a lofty goal that we really strive for.”

For Pearce, who has lived in the United States for 24 years, the last seven in Buffalo, realizing there is a vibrant and growing soccer culture in an area internationally known for its love of its American football team helped make moving to her husband’s hometown a natural fit.

“My husband grew up here, his family is here – when we had kids we wanted to be closer to Shawn’s parents,” she said. “It was a no-brainer to move here.”

Anyone wanting to sample the soccer culture in Buffalo can learn about upcoming matches and events by contacting the venue or American Outlaws. 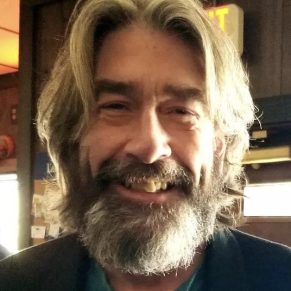 David Staba has been writing about sports, news and culture in the Buffalo-Niagara area since 1990.