Decades before the city’s resurgence, Buffalo’s status as a center of trade made it one of the largest and richest cities in the country. The influx of wealth brought with it a treasure trove of architectural gems that still stand today. The city is home to the early works of famed architect Frank Lloyd Wright and once held bragging rights to one of the world’s largest office building (Ellicott Square Building) and one of the world’s first skyscrapers (Guaranty Building).

These meticulously crafted marvels and more can be discovered through Explore Buffalo, which provides more than 70 tours of Buffalo’s architecture, history and neighborhoods. The tours are offered year-round by foot, bike, and sometimes even by kayak.

Led by a friendly, knowledgeable docent, I recently embarked on a walking tour of the heart of downtown Buffalo to St. Joseph’s Cathedral, St. Paul’s Cathedral, the Ellicott Square Building and the Old Post Office. Each unique and visually stunning, the buildings also provided a fascinating glimpse into the city’s past. 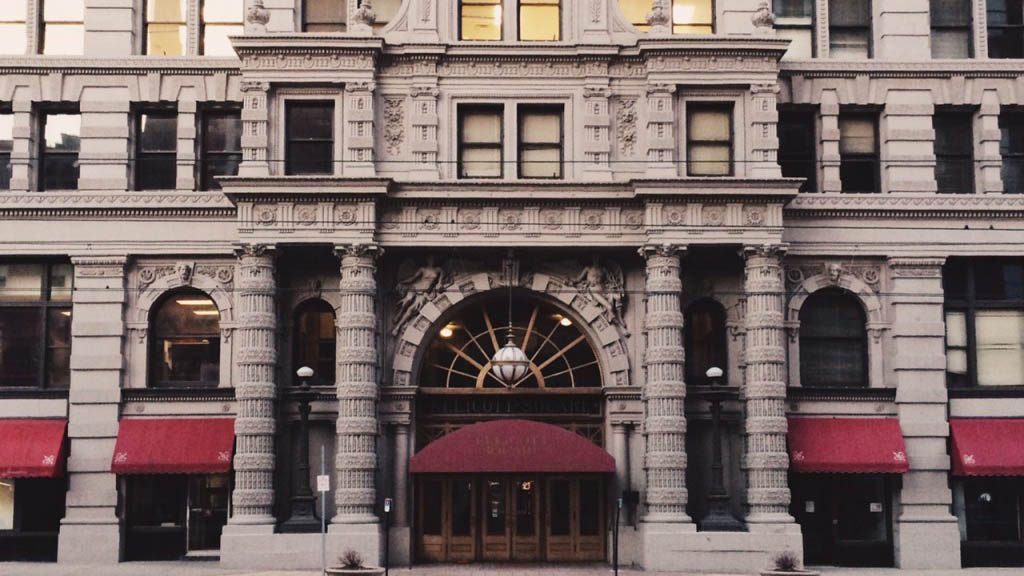 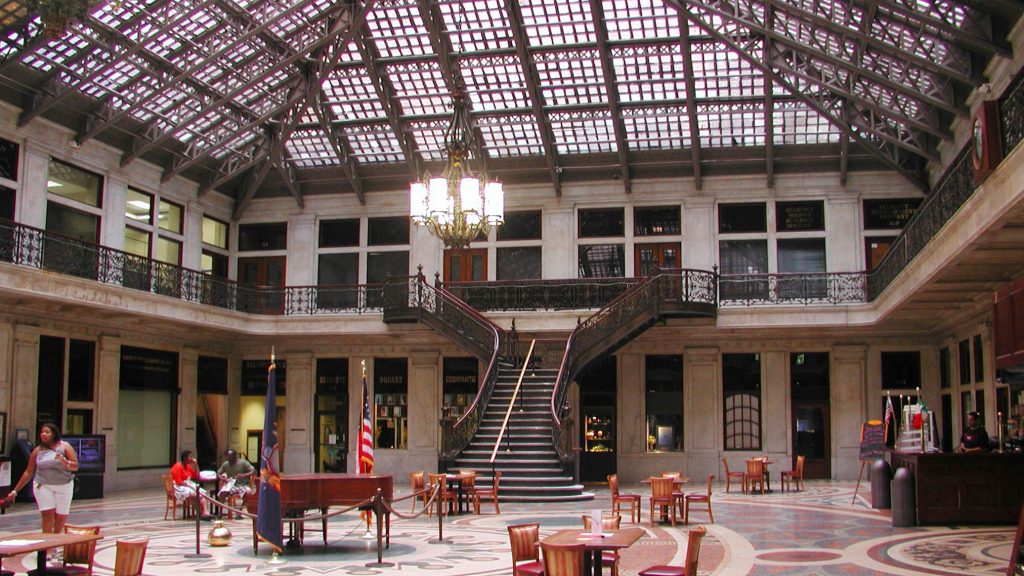 • The building was considered one of the world’s largest office building. The first two floors were lined with shops that ranged from barbers to butchers, while bankers and insurers toiled away in the offices overhead.

• The building was constructed of several colorful materials, including steel, brick, iron, granite and terracotta. However, in 1971 it was painted a uniform grey.

• The design features classical elements. Statues of Minerva and Mercury, the Roman gods of wisdom and financial gain, adorn the entrance. Medusa heads along the roof watch from above. 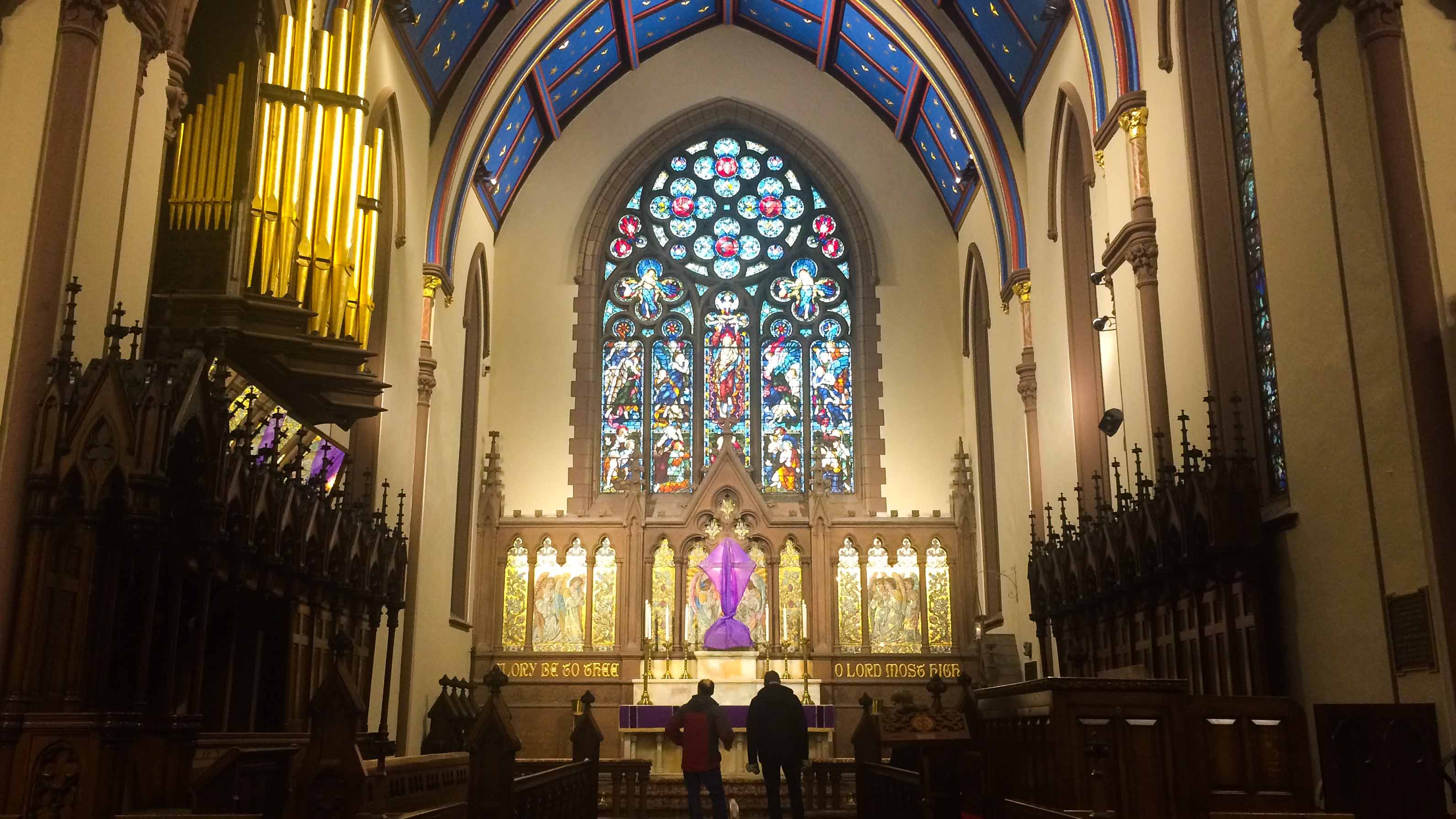 • The interior you see today is not the original. A gas explosion in 1888 destroyed most of the inside of the church. Melted brick, damaged in the fire, is still visible from the outside, but remains mostly intact.

• Constructed in 1851 in Gothic Revival, the Episcopal cathedral lacks a grand entrance, instead commanding attention from every angle. 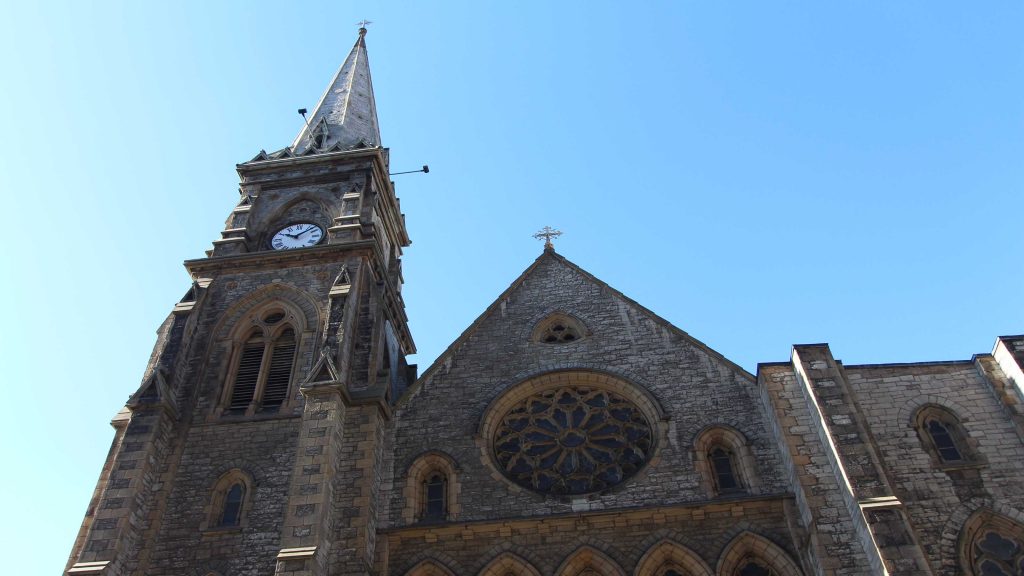 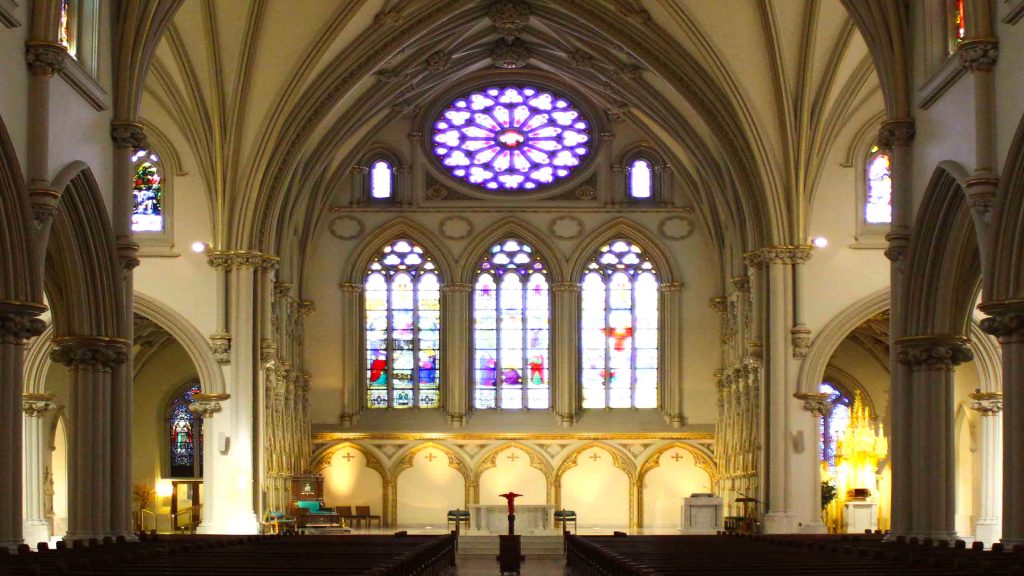 • Completed in 1863, the French Gothic church features a prominent entrance with three front doors known as a triple portal. Buildings in this style are typically symmetrical, but the cathedral lacks a second tower that was allegedly not constructed after running low on funds. 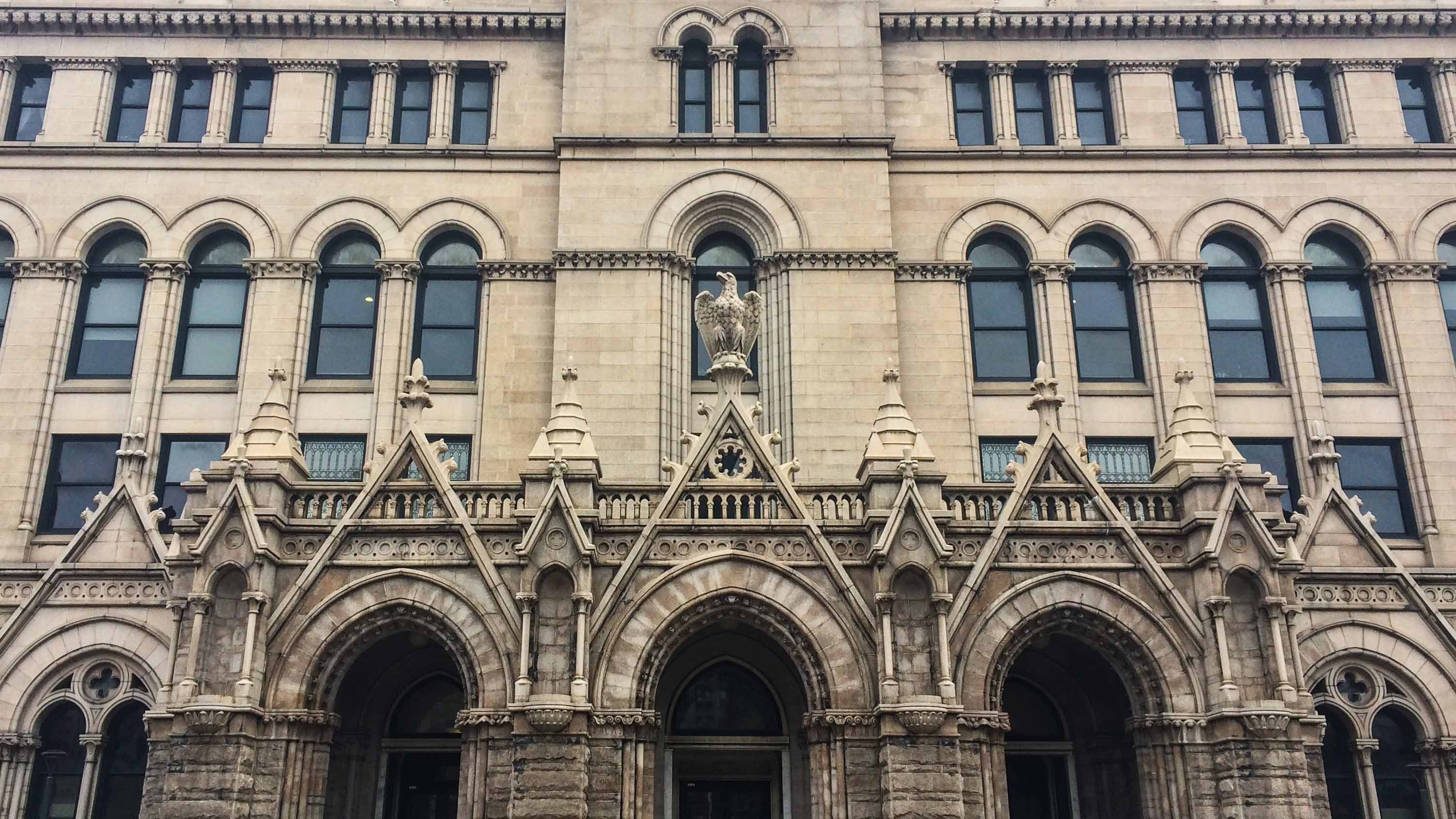 • The first letter sent from the building was mailed on March 20, 1901 to President William McKinley to attend the Pan-American Exposition. Months later, McKinley was assassinated at the Temple of Music in Buffalo.

• The Richardsonian Romanesque construction was completed in 1901 and was illuminated by an abundance of natural light in the atrium and from dozens of seven watt light bulbs.

Please note that while Explore Buffalo tours resume in July, the tours offered are outdoor-only walking and bike tours. More than 40 different tours are available to choose from. Tours began on July 9th for Explorer Pass Holders and will begin on July 16th for the public. For more information about Explore Buffalo’s tours, visit, explorebuffalo.org.