Winter, and particularly the holiday season, deserves a warm, inviting and festive drink to accompany it. Enter the Tom & Jerry.

A traditional Christmastime cocktail, Tom & Jerry is a hot take on eggnog with brandy and rum, usually served in a mug or a bowl. Perhaps thought of as an old-time drink, Tom & Jerry’s have never left Buffalo. People of all ages (over 21, of course) can find common ground with this frothy beverage, sharing yuletide joy and reconnecting with friends and loved ones near and far while home for the holidays. There is no shortage of establishments ready to offer their own interpretation of this wintery beverage to warm bellies around Buffalo, including The Place, Schwabl’s, Coles, Glen Park Tavern, and Rohall’s Corner, to name just a few.

Indulging in this sweet drink has become a favorite holiday tradition of mine, and I was pleased to partake in tasting a variety of Tom & Jerry’s to see what makes a T&J shine.

Schwabl’s – One of the oldest establishments in Buffalo having served up Tom & Jerry’s for generations, Schwabl’s proudly showcases their drink in a branded Tom & Jerry bowl and matching mug set. Served in a smaller mug, around 6 oz., Schwabl’s offers up a T&J in just the right size for those who might not be ready to tackle the 10-12 oz. mugs you’ll find at other establishments, including the two others on this list. 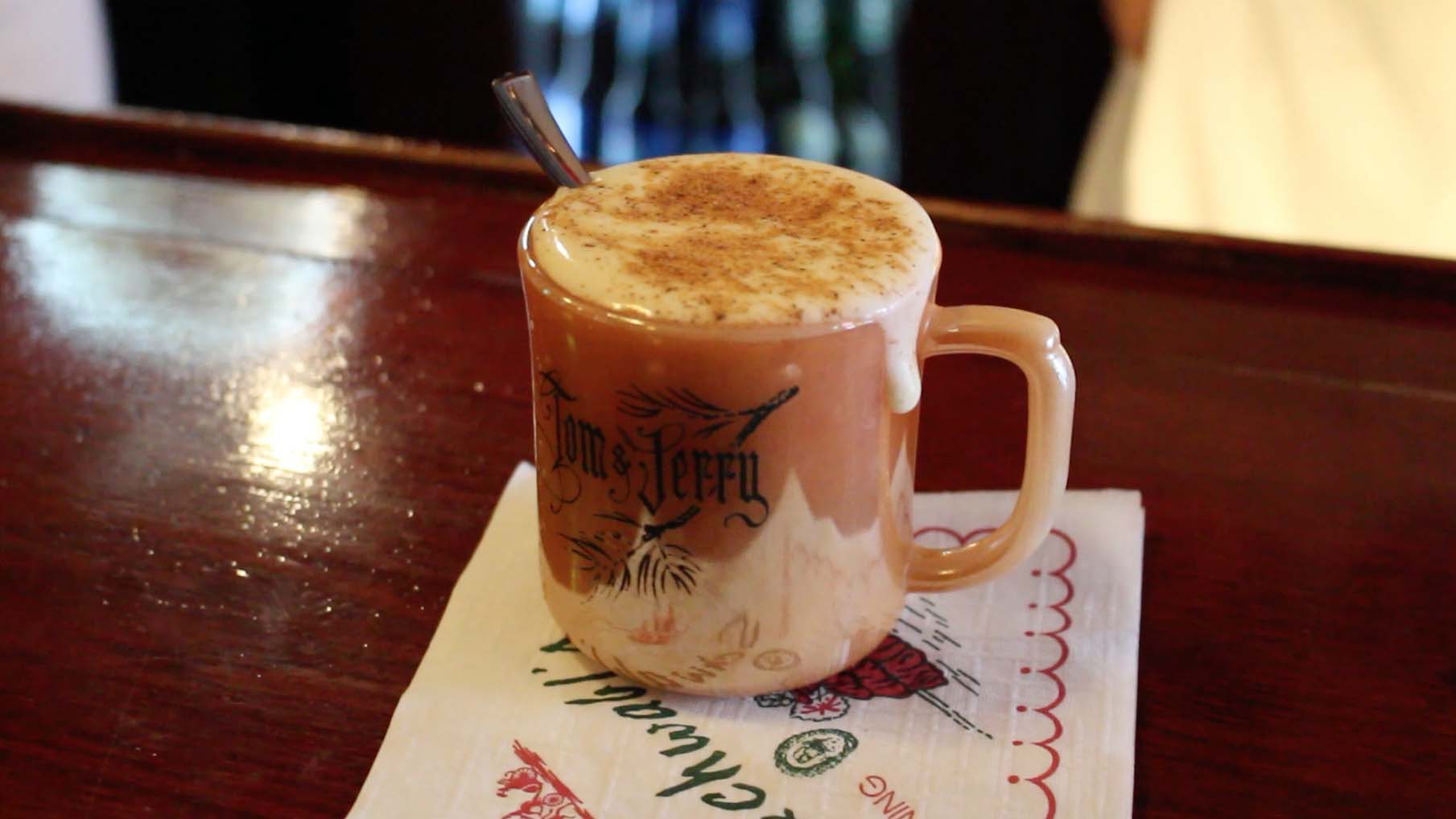 A Tom & Jerry at Schwabl’s

The Place – If you live in the City of Buffalo, you know The Place is, yes indeed, “the place” to get a Tom & Jerry during the holidays. Recently re-opened under new ownership The Place is carrying on one of its most beloved traditions. Serving them from Thanksgiving until an arbitrary date in January that changes each year, The Place has one of the sweetest, richest, frothiest T&J’s you’ll find. Be prepared to be a sweet and sticky mess by the time you’re done – and enjoy every drop. They even let you take the holiday mug the Tom & Jerry is served in home with you at no extra charge. Now how’s that for being generous? 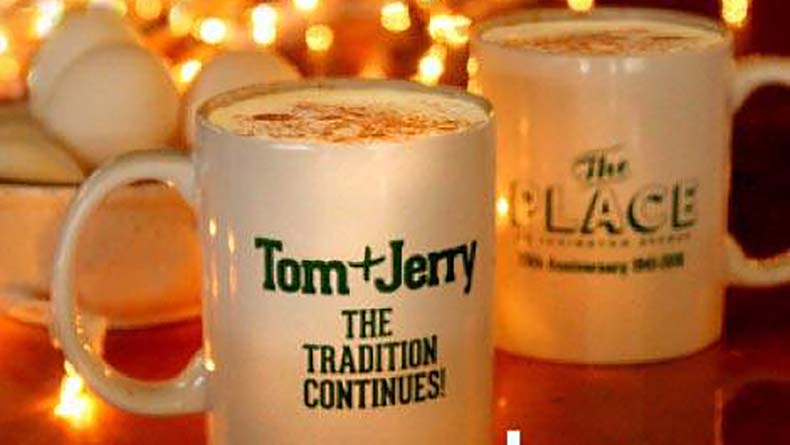 Photo courtesy of The Place

As I tasted my way through Tom & Jerry’s for the evening, I learned two key takeaways: first, it’s likely that you will only get through one or two of these drinks, no more. If the alcohol doesn’t get to you, the sweetness absolutely will; and second, regardless of using the same or similar ingredients, everyone makes their Tom & Jerry their own way, and no two Tom & Jerry’s are alike. Overflowing frothiness or no froth, rum and brandy or just one or the other, festive mug or no festive mug, each T&J had its own appeal. 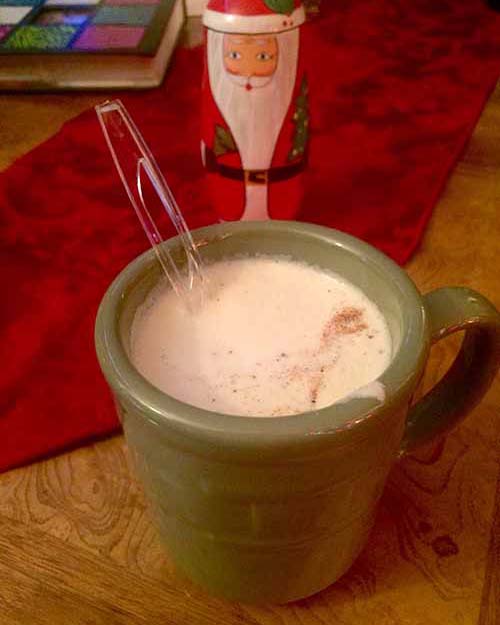 And if you’re lucky, you might even know someone who makes their own Tom & Jerry’s. While on this adventure to find the best Tom & Jerry’s in town, I learned my uncle used to make them years ago. Upon hearing of my quest, he excitedly got out the eggs, vanilla, confectioner’s sugar, brandy*, nutmeg, and milk, and went straight to work whipping up his own version of the T&J. The taste was right on par with what I had experienced at some of these well-respected establishments, but still distinctly his own. And as I tasted his drink, I enjoyed hearing his stories of the parties they used to throw where his Tom & Jerry’s were the main attraction. It hit me that this is what this drink is about.

The drink itself—whether making it, drinking it, or the things happening around it—is full of memories in the making. It made me think that there is probably a Tom & Jerry recipe in many families around WNY. If you want to attempt to make your own batch, take a peak at the video I took of my uncle making his T&J’s. Try your hand at it, and tell me in the comments about your own recipe or some of your favorite Tom & Jerry memories. 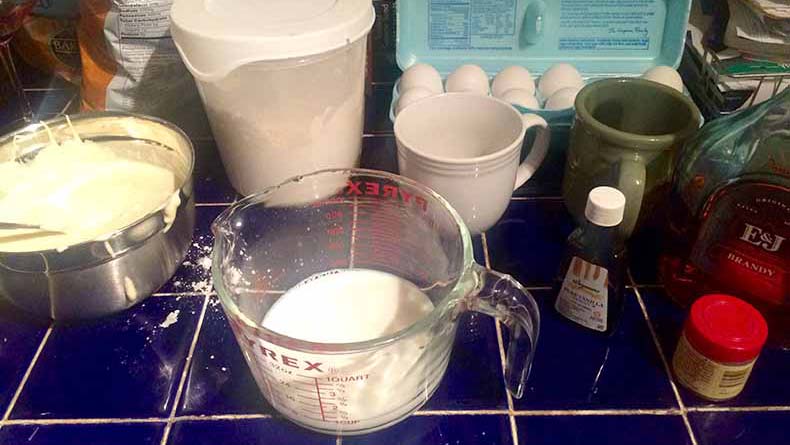 *Note, a traditional T&J includes brandy and rum, but he made do with what was on hand.