Tucked away on Buffalo’s West Side lies an urban market garden that has been growing seasonal vegetables and mushrooms since the summer of 2017. Pioneered by Carrie Nader and Alex Wadsworth, the small, organic and environmentally-friendly Westside Tilth Farm supplies produce to some favorite Buffalo shops and restaurants like Butter Block, Lexington Coop, Breadhive, and more. 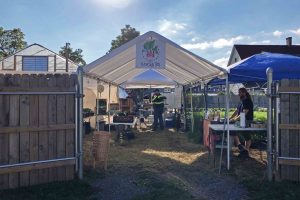 But wander down to the farm stand doors on Saturday between 10:00am and 3:00pm and you might catch a whiff of something totally unexpected at a farm. Could that be – why, yes – that’s the smell of pizza! 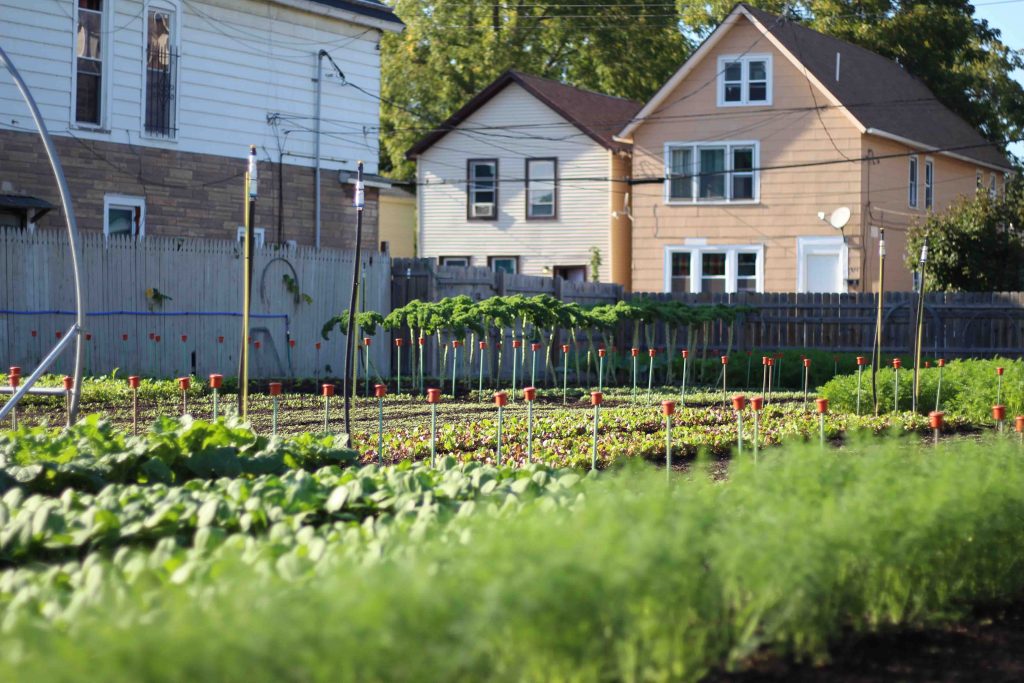 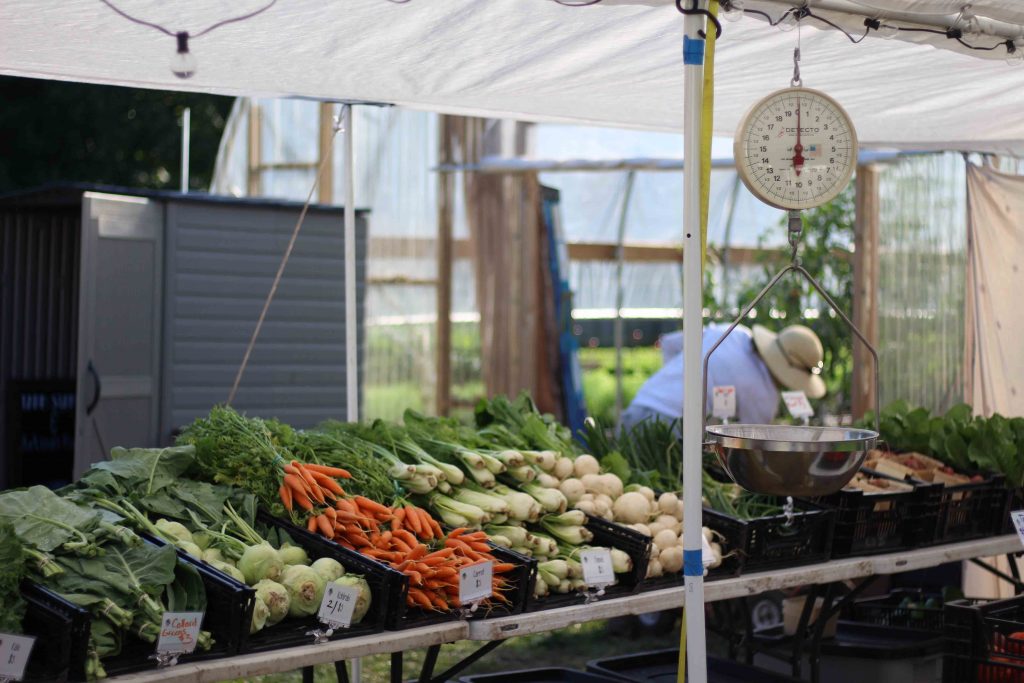 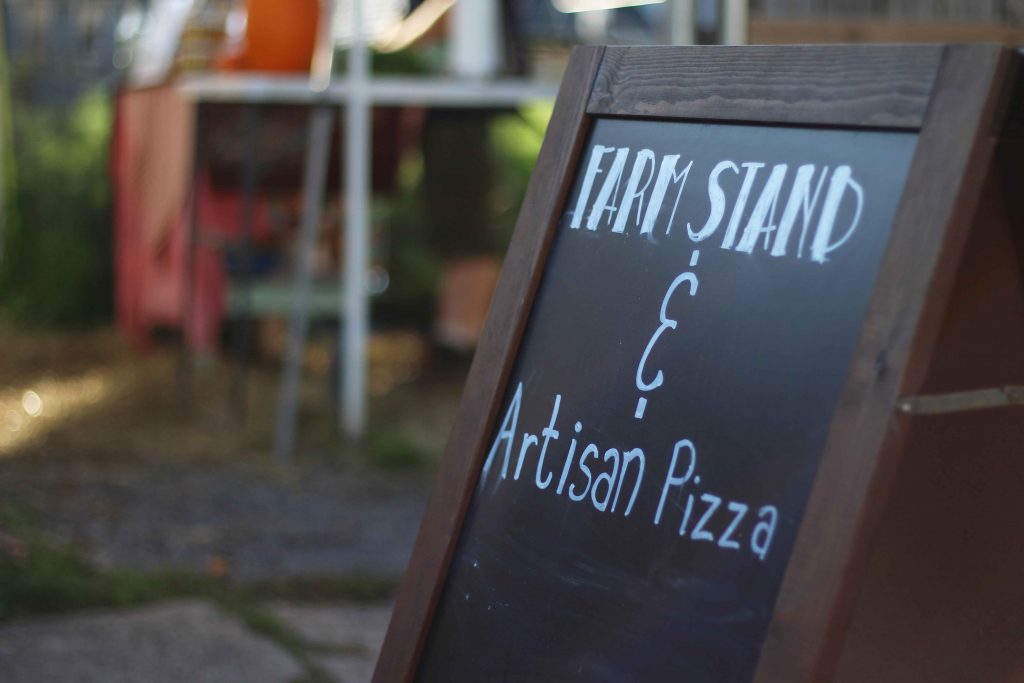 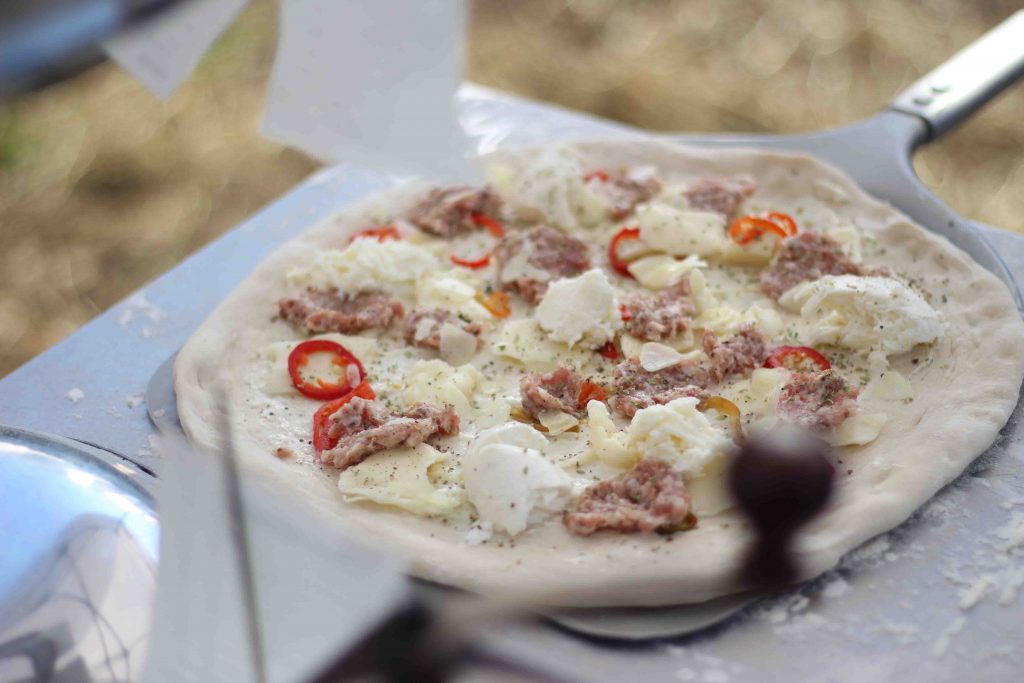 Open to the public only on Saturdays from June to October, West Side Tilth Farm has been slinging fresh oven pizzas since the start of summer 2018. Using homemade 3-day dough, meats sourced from the best local farms and ingredients grown right on site, co-owner Alex Wadsworth and Tim Davis are concocting some of the best pies in the city.

After you’ve perused the various produce tables full of tomatoes, peppers, mushrooms, carrots, turnips, pumpkins (in the fall), local honey, and more, make your way to the back of the farm stand tent to order your pizza. The folks at West Side Tilth typically have three rotating pizza varieties, like Spinach, Fennel Sausage, and 4 Cheese, curated for the best flavors and seasonal veggies, but feel free to order your pizza with toppings available a la carte. Kale and kohlrabi? Beets and bell peppers? Have at it! 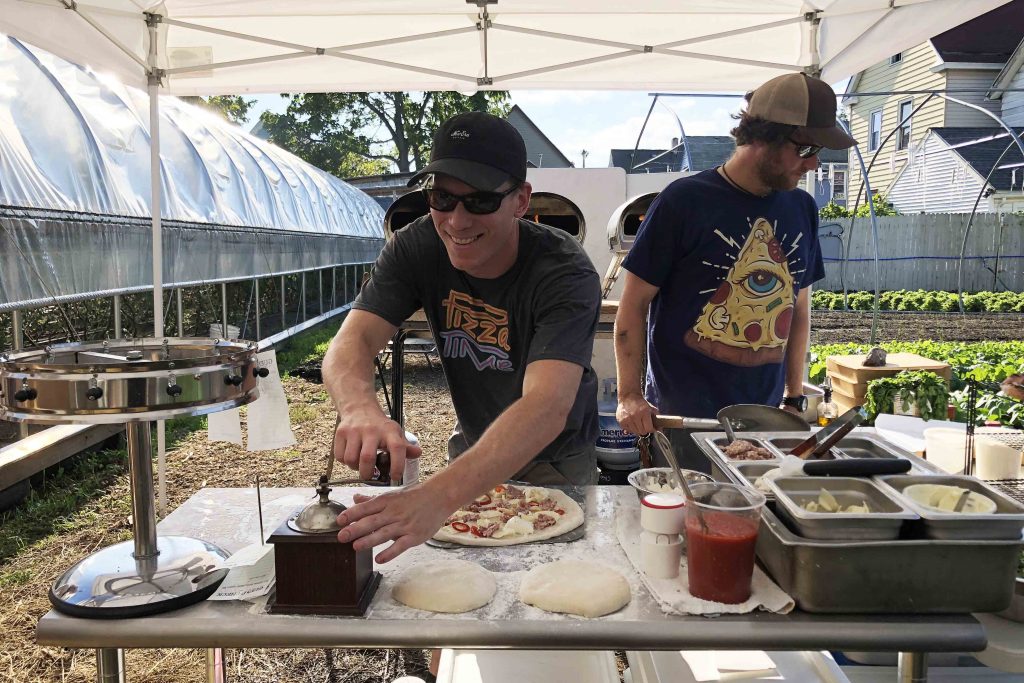 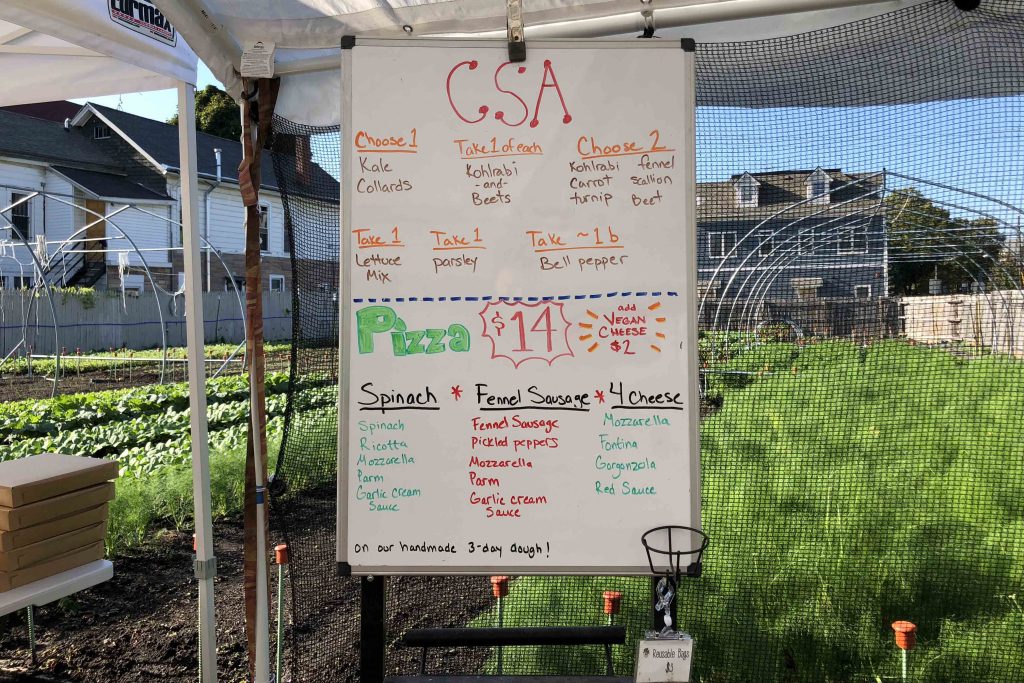 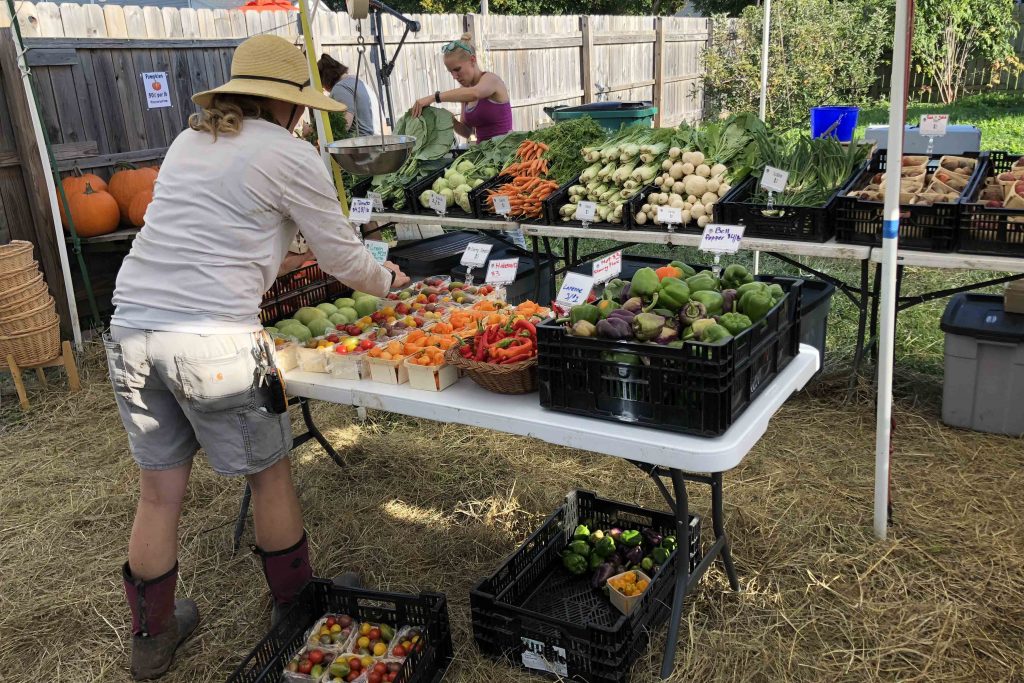 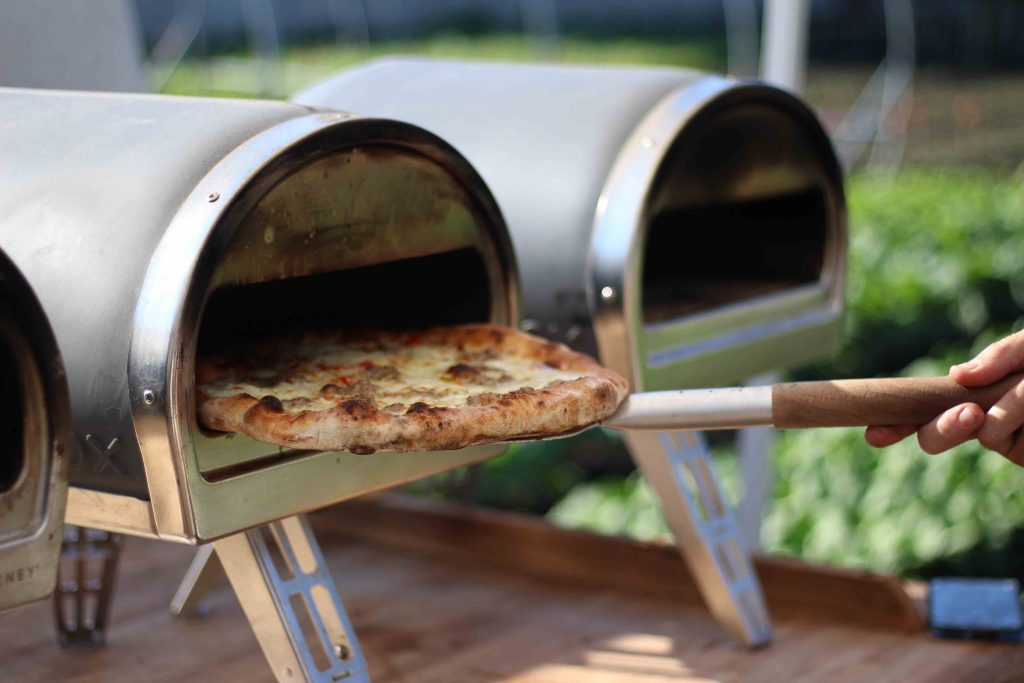 After about 5 minutes in their three Roccbox portable ovens, your pizza comes out to bubbly perfection – crisp with just the right amount of doughiness. 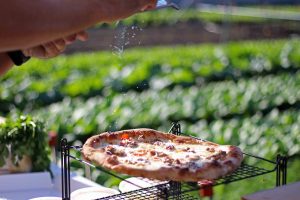 A 12-inch pizza at West Side Tilth Farm is $14. All pizzas can be made vegan friendly with vegan cheese available for $2 more. Both cash and credit cards accepted.