So at any given time, Buffalo is home to over 400 restaurants and bars. And new spots open all the time. It seems like a place pops up every other week and it’s impossible to keep up. But, when Hartman’s Distilling Co. opened on Chicago Street, in the legendary Old First Ward, and the reviews started rolling in, the word on the street was that Hartman’s was something special. 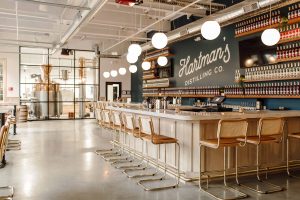 People, a stop in on a recent Friday night confirmed the rumors.

Early days at a new distillery usually means that the first, and sometimes only, spirit on the shelves is a vodka because of how quickly it can be produced. But Hartman’s bucked the trend straight out of the gate by carrying a full complement of traditional spirits with their own vodka, gin, rye, and my favorite: bourbon. To get a bourbon to market so quickly they sourced a proprietary blend from one of the top distilleries in the country while their own rye and bourbon recipes age. 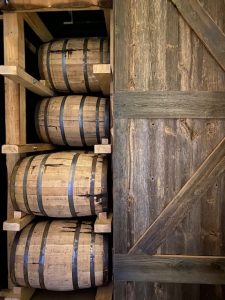 All you need to know about any bar can be learned from its cocktail menu. If it’s overly complicated they probably take themselves a little too seriously. If you see simple drinks with fancy names you’re probably in a bad episode of Bar Rescue. Hartman’s menu strikes a near perfect balance of tried and true cocktails like the Sazerac along with drinks like the Earhart – a fresh spin on the old Aviation cocktail. A bevy of blue-collar beers – including personal favorite Miller High Life – are available in bottles or on tap. It also elevates the liquor-less “mocktail” from an ignored also-ran to playfully curated drinks with a section all its own.

Knowledgeable bar staff have built a cocktail menu that is accessible. The ingredients are easy to understand and an icon next to each drink shows you what kind of vessel your libations will arrive in. For someone like me who loathes anything but a rocks glass it’s like a warm hug from a welcoming friend. Hartman’s cocktail menu gets me. 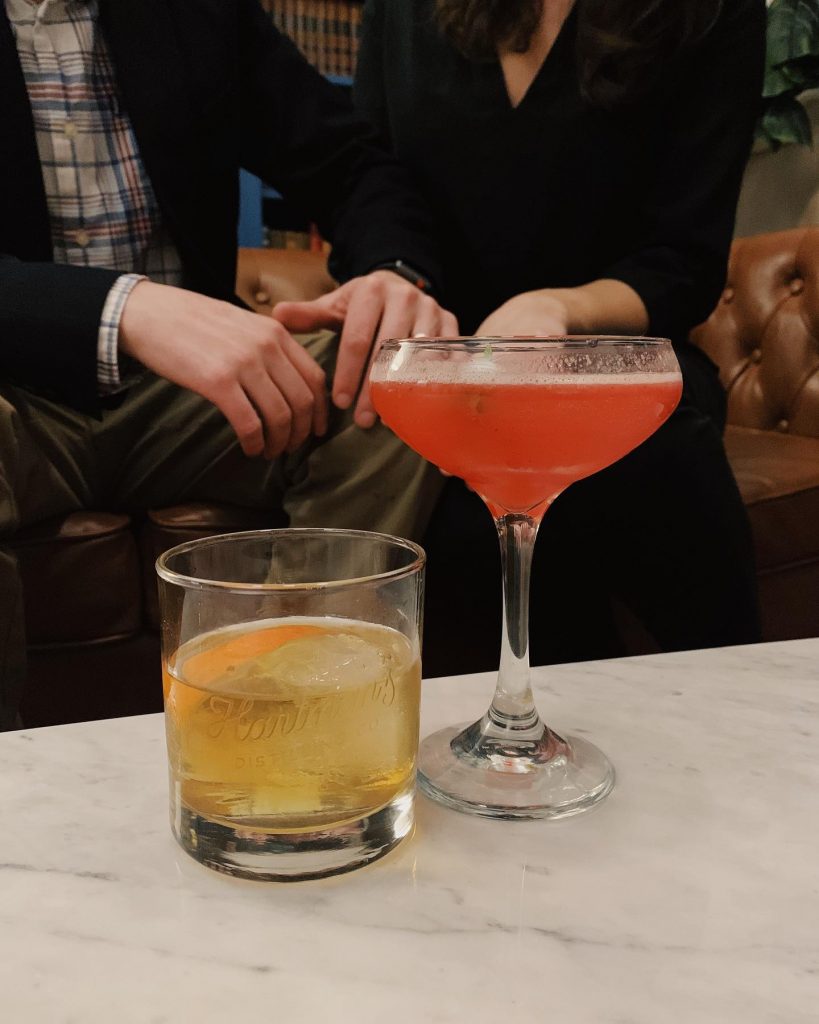 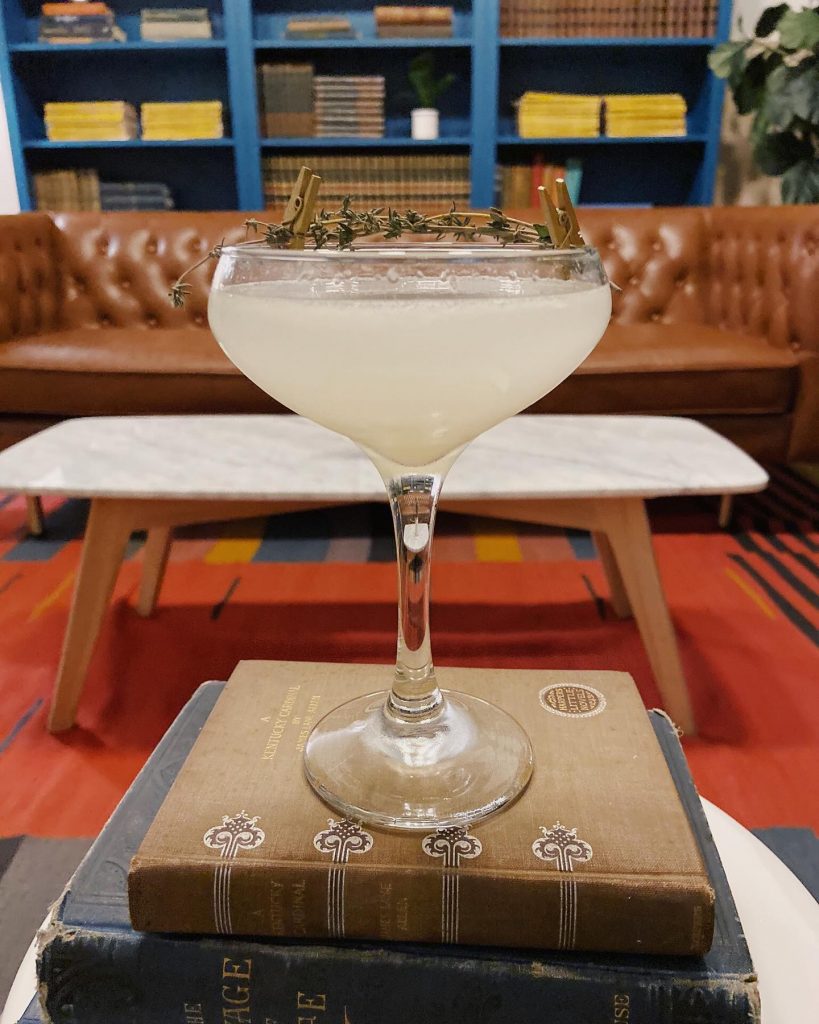 Mocktails – see you can’t even tell the difference!

Earnestly, Hartman’s lays out the philosophy behind its operation on the inside of its menu: “we believe memories are best reclaimed in the presence of fine spirits and that nothing compels you to step back, slow down, and glory in community and togetherness like a quality spirit or craft cocktail.” This mission statement is summed up succinctly by a supremely gram-able graphic on their wall that reads “Slow down. Drink up.”

Adjacent to the drink list is a comfort food menu designed to help you get into full on relax mode. Hot pretzels and warm olives highlight the starters while the BBQ pork leads a sandwich lineup with no wrong answers. Even brunch gets the slow down treatment with your choice of biscuits & gravy, or a Belgian waffle. Don’t worry, the ubiquitous avocado toast makes an appearance as well. 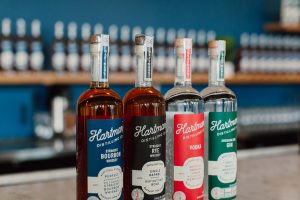 Suds in hand, slink into one of the plush chairs in the reading nook tucked into the back corner, or take your drink outside to sit and sip in front of one of the fireplaces shared with neighbor Resurgence Brewing.

You’ll never want to leave once you get settled in at Hartman’s. But in case you need more motivation to check this place out there’s a rumor floating around about it that I won’t spoil here. But I left a clue for you. Find it and maybe we’ll be hoisting a couple giggle waters together soon.