Nestled in a range of wooded hills southeast of Buffalo, Kissing Bridge is a scant thirty-minute drive from downtown in quaintly-named Glenwood just outside of better-known Colden. The proximity of KB (as it’s called by locals/season pass holders) is one of the key factors that has kept this solid ski/boarding destination at the top of every WNY skier’s list for the past 60 years. 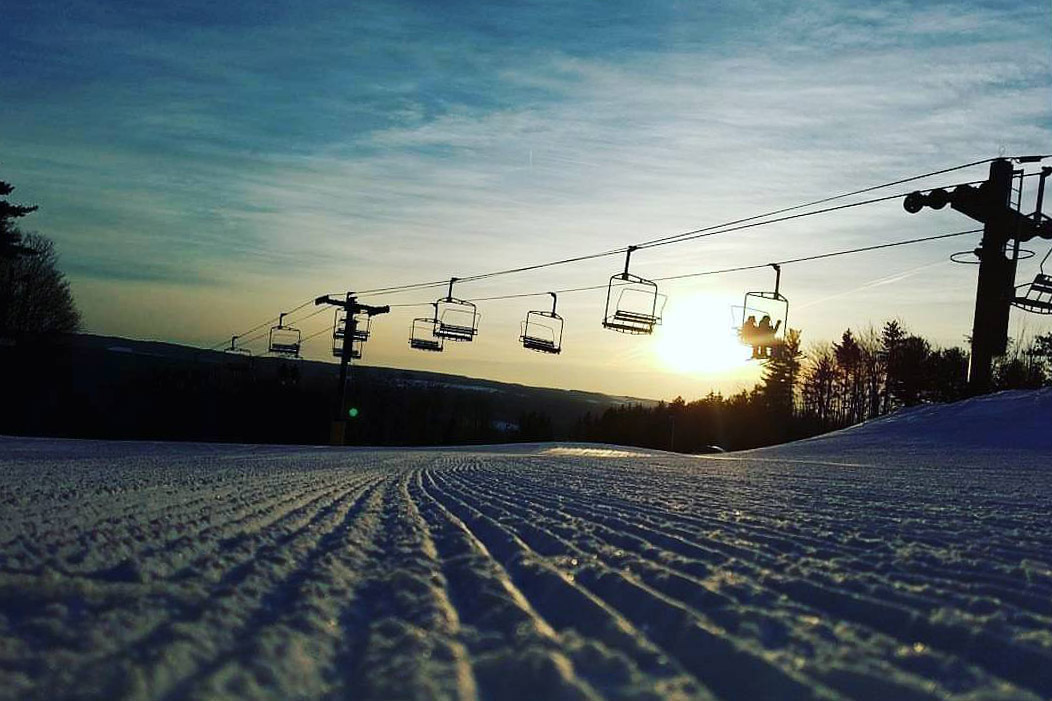 Make the decision to ski or board one winter day and, within an hour, you’ll be sitting in one of KB’s several chairlifts heading up, up, up a hill. KB is divided into three areas (South, Central, and North) and between these three areas are four dozen trails ranging from easy to double black diamond. There is a dedicated bunny hill, and two terrain park areas.

KB is known for having no pretensions whatsoever. The place teems with youngsters (KB Cruisers, ages 4-12) learning the ropes of skiing or boarding, groups of teen boarders, many families eating in the raucous cafeteria area called Central Cafe, and an après-ski bar (Lake Effect Saloon) that is small, well-worn, and friendly. 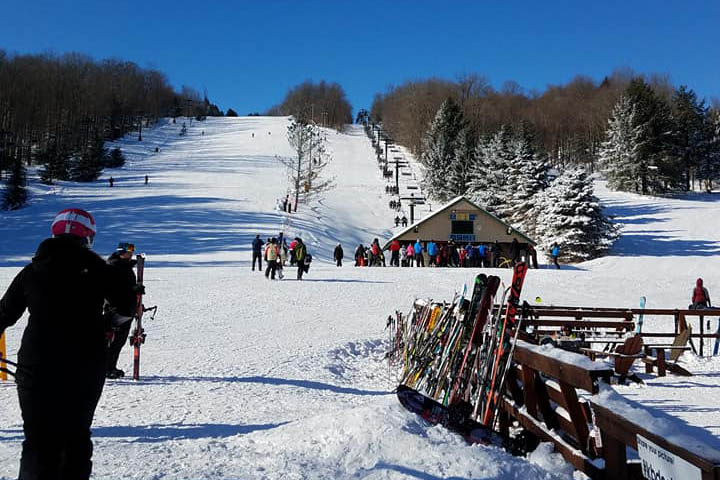 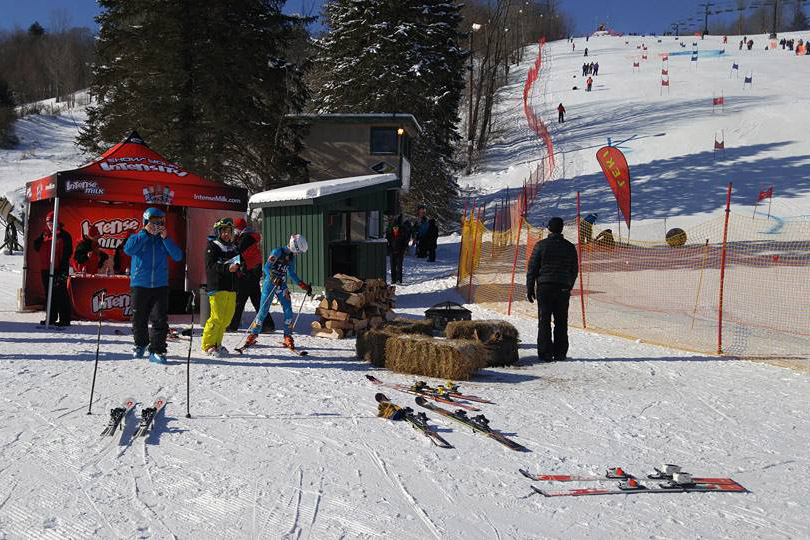 Occasionally live music is booked in in the common area with its traditional soaring chalet ceiling adjacent to the bar area; this is also the area, nearest the floor-to-ceiling windows with slopes views, where private parties happen. On a recent visit a trio of ladies led country line dancing lessons for those who had just changed out of their sporty boots and hit the dance floor underneath the gigantic golden disco ball.

One of KB’s freestanding buildings is Willie’s Smokehouse at the bottom of the Central runs, which has its own menu and bar that is slightly fancier than the usual fried and finger food fare.  Just outside of Willie’s is a large patio area with ample seating for socializing around gas-fueled fire pits. It’s commonplace to engage in friendly après-ski banter within this area, everyone remarking on the current ski conditions – and whatever other ski-related activity happens to be sliding into view. 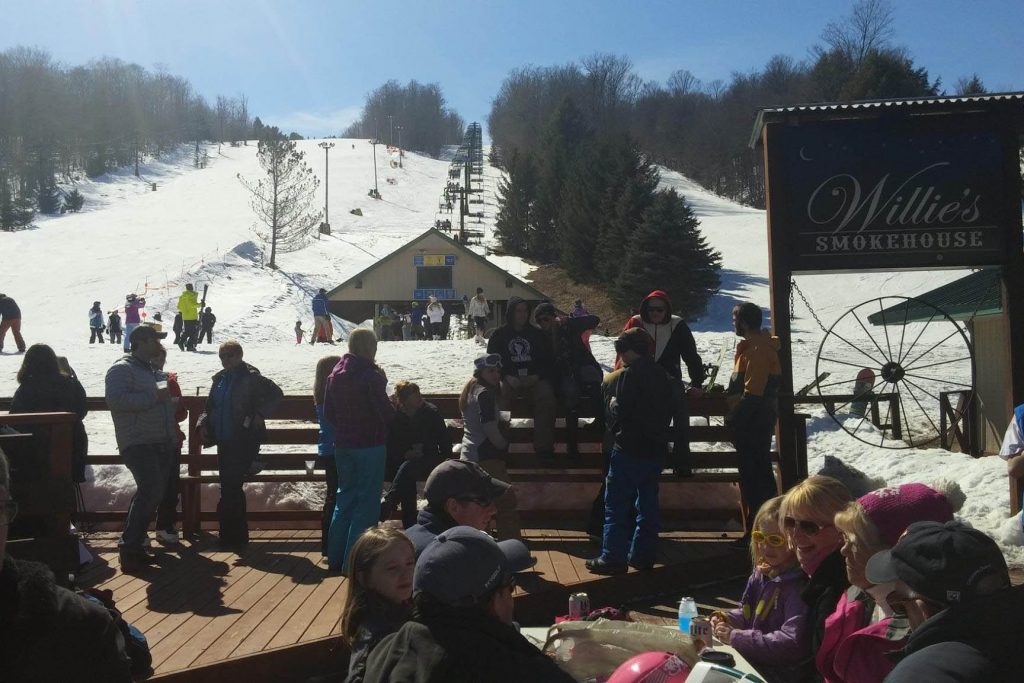 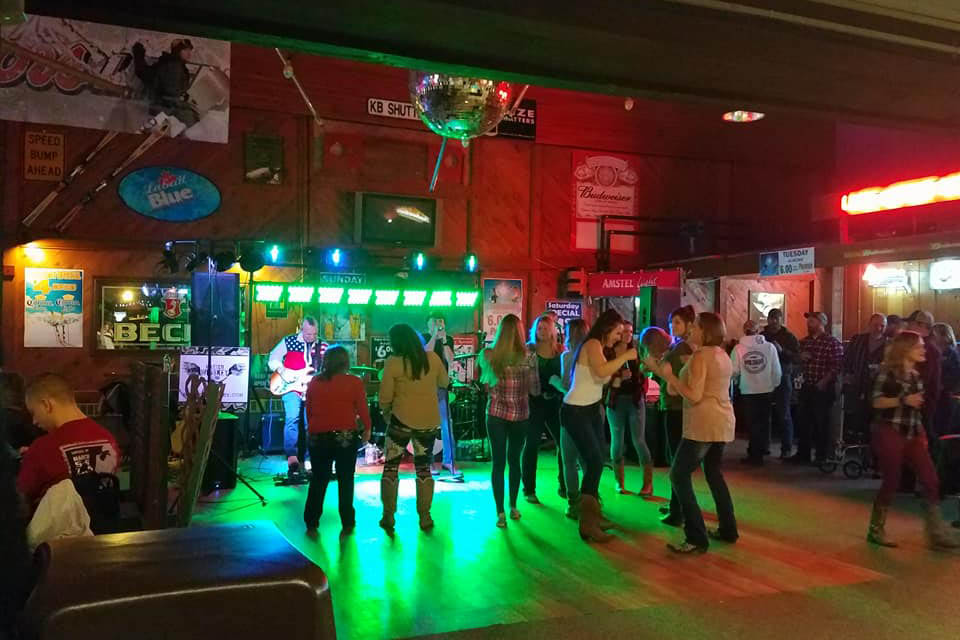 KB skiers are a mix of young and old, and groups as well as solo skiers. There are always a good amount of skiers who have trekked to Glenwood from neighboring Ontario, Canada. Even the Canadians remark that KB is a much easier drive than ski resorts that are several hours’ drives away from their hometowns. 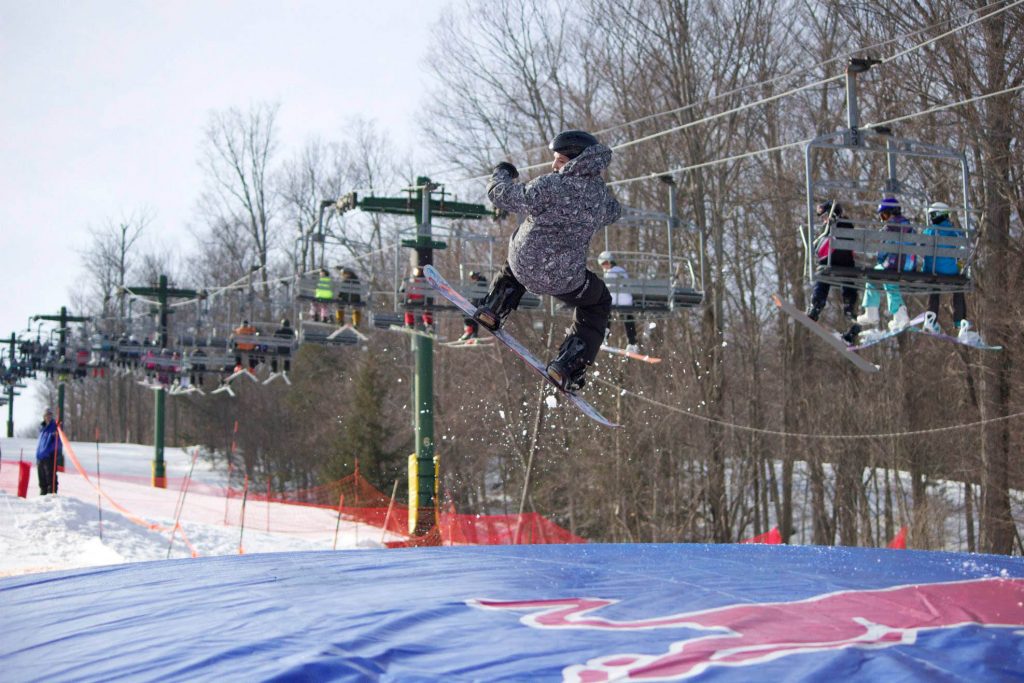 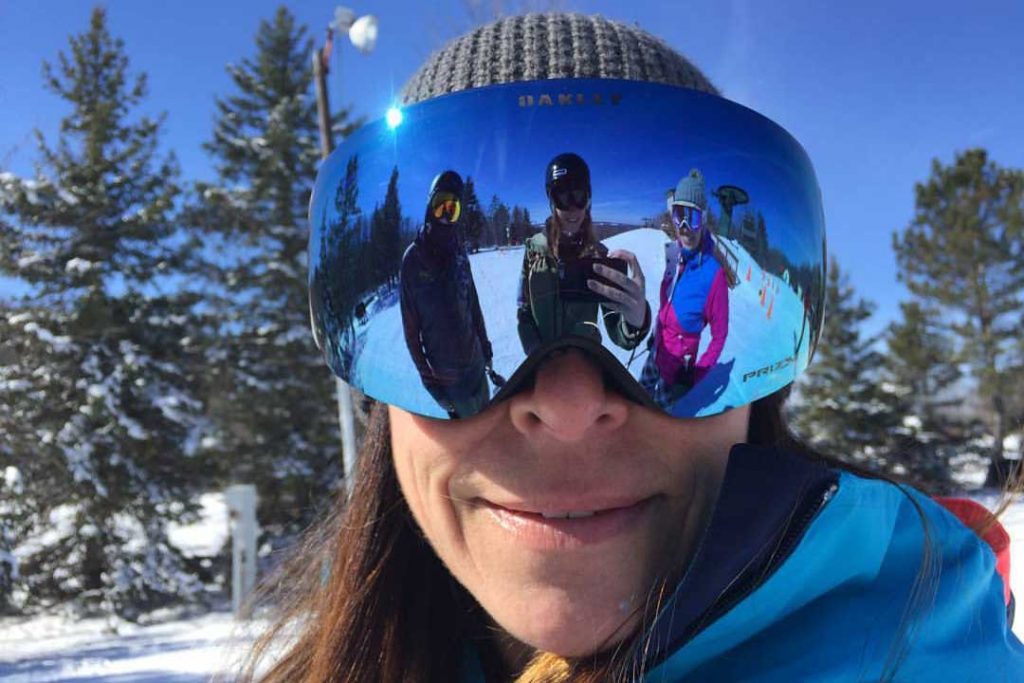 All photos courtesy of Kissing Bridge