Wondering what you’re going to do when your day is done and you have a free evening in Buffalo? 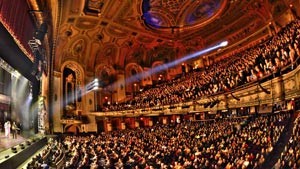 From comedy to culinary, we’ve got you covered. Nightlife, dining and entertainment options abound downtown. No car is necessary; everything below is easily walkable from your hotel or via the Metro Rail. The rapid transit system is free while above ground in downtown Buffalo and connects the Chippewa Street and Cobblestone entertainment districts, which are each full of bars, restaurants, live music venues and nightclubs, as well as Buffalo’s revitalized waterfront at Canalside.

Here’s where to go:

1. Grab a Bite – A whole new generation of restaurants have opened in Buffalo, coinciding with the greater rebirth taking place in the city.  Order the fried chicken and biscuits at Toutant, featuring Southern family recipes passed down through the generations from a Louisiana farm. And nosh on a gourmet burger and onion rings that are quickly becoming a Buffalo favorite at Marble + Rye.

2. Have a drink. Want a locally distilled spirit? Lockhouse Distillery just opened in the Cobblestone District and includes a full bar featuring their housemade gin and vodka. How about a craft cocktail? Try an Old-Fashioned, or any of their hundreds of other whiskeys, bourbons and ryes, in the classy atmosphere of Lucky Day; we promise you won’t be disappointed. And cold Buffalo beer? Give Big Ditch Brewing Co. a try; their two-floor tap room with stunning views of downtown Buffalo’s architecture can’t be beat. 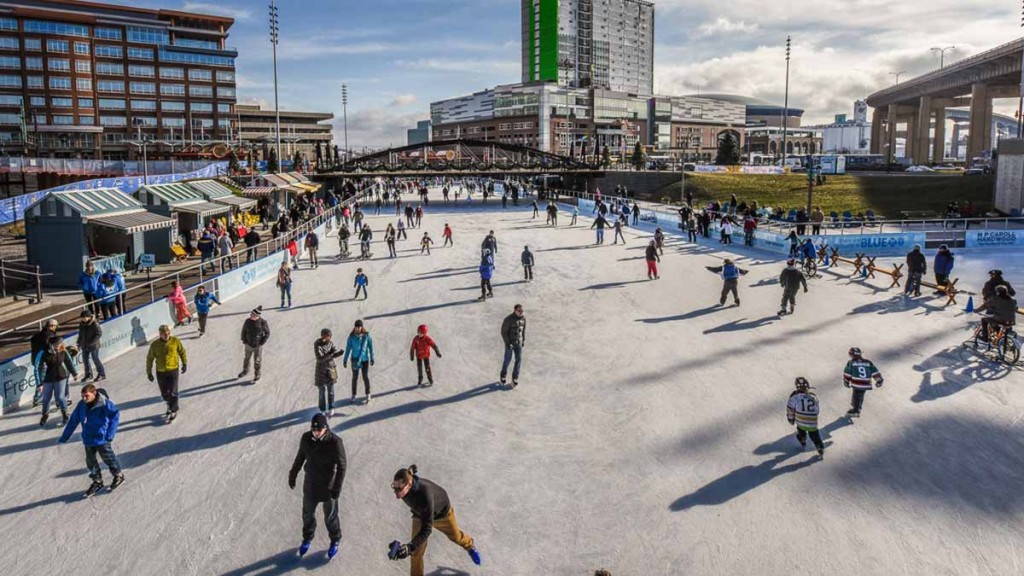 3. Go to a Game –Buffalo is hockey heaven from late fall through the spring, as the Buffalo Sabres pack KeyBank Center with some of the NHL’s best fans a few times each week. For lacrosse fans, FNC is also home to the National Lacrosse League’s Buffalo Bandits.  Next to KBC is LECOM HarborCenter, featuring two NHL-regulation rinks that host college and amateur hockey games throughout the year. HarborCenter is also home to a two-story sports bar and brewery featuring over 70 televisions and a 38-foot-tall screen, Southern Tier Brewing Co.

4. See a show. Shea’s Performing Arts Center offers a full slate of touring Broadway shows in a beautifully restored 1920s theater. That’s just the beginning of Buffalo’s theater and live music scene, from concerts at the Town Ballroom and The Tralf Music Hall to music acts packing bars like Buffalo Iron Works and Mohawk Place nearly every night. Buffalo’s storied Colored Musician’s Club, where legends like Duke Ellington and Dizzy Gillespie once jammed, opens several times a week for live jazz bands, while nearly a half dozen downtown theaters like the Alleyway and Irish Classical  offer locally produced productions throughout the year.

5. Head to the Water. Canalside, Buffalo’s revitalized waterfront district, has become a year-round destination for fun. A series of historic replicas of the Erie Canal transform into one of the northeast’s largest outdoor skating rinks (33,000 square feet) every winter. Lace up your skate rentals or make it a true Buffalo experience by renting an Ice Bike of Buffalo. Or enjoy a nightly light show illuminated on Buffalo’s industrial heritage: the Connecting Terminal Grain elevator, directly across the Buffalo River from Canalside. The bar, roller derby rink, restaurant, curling and hockey rinks at RiverWorks, further up the Buffalo River, provide more year-round fun.

Helium Comedy Club in Buffalo’s Cobblestone District routinely books nationally-known comedic acts, from Dave Attell to Tim Meadows and Colin Quinn. Is there any better way to wrap up the day than with a good laugh and a cold drink in the company of friends?

We know you have to get your wing fix while in Buffalo. The Anchor Bar is just a few stops up the Metro Rail and lays claim to the original Buffalo-style chicken wing. The BBQ wings at Dinosaur BBQ or the varieties at Bada Bing on West Chippewa Street are two other good options within walking distance of your downtown hotel.