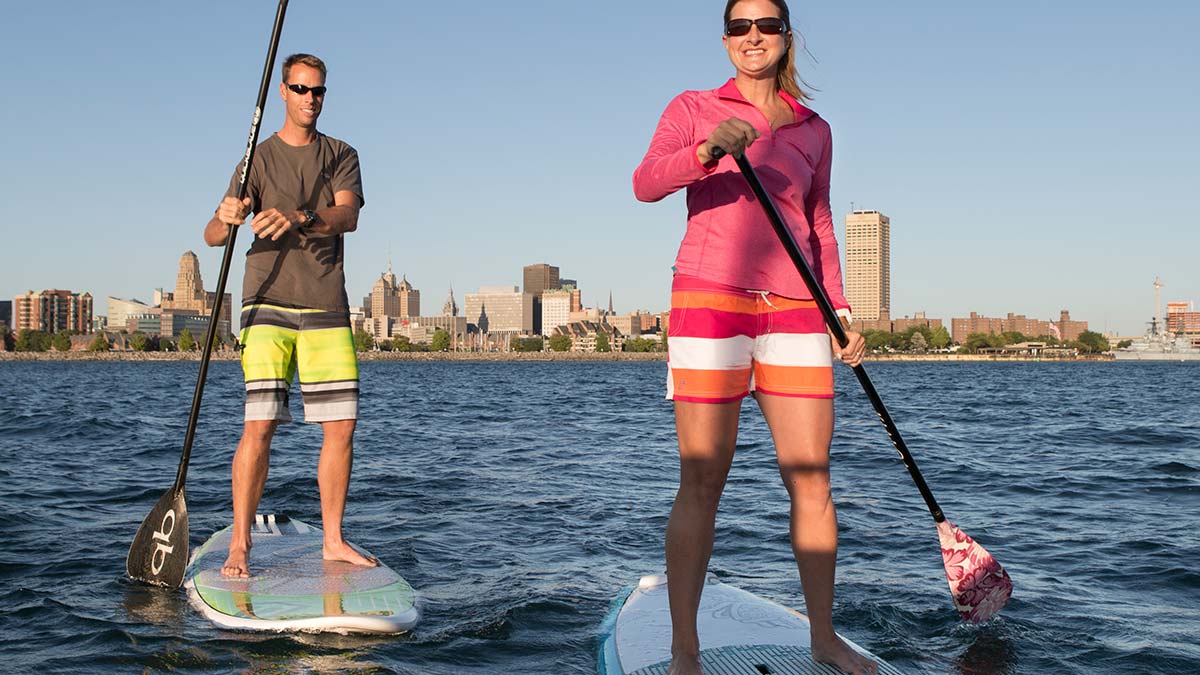 On Buffalo’s waterfront, attend weekly summer concerts and waterside happy hours, hop on a river history cruise and shop at an artisan market. See one of the largest collection of grain elevators in the world tower over you as you paddle with a kayak you rented on the Buffalo River. Skate underneath pedestrian bridges as ice cyclists whiz by on a recreation of the Erie Canal.

Hardly any of this was happening, or even possible, one decade ago. The city has more public access to its waterfront – bounded by the Buffalo River, Niagara River and Lake Erie – than at any time in its history.

The opening of the Erie Canal nearly 200 years ago led to Buffalo becoming the “Gateway to the West” and the eighth largest city in the United States by 1900, an industrial powerhouse. By the end of the 20th century, de-industrialization yielded vacant parcels along its shores.

Buffalo re-excavated the original canal terminus several years ago and made it the historical centerpiece of a revitalized waterfront. Since then, Canalside has experienced over $300 million in new investment, including a 35,000 square foot outdoor skating rink and LECOM HarborCenter, a $170 million hotel and entertainment complex featuring two NHL sized ice rinks and a two-story sports bar with a 38-foot television screen. Visitors can now stay overnight, have a bite to eat, attend a concert or hockey game, ice skate in the winter or watch a summer waterside sunset all within walking distance.

Buffalo’s waterfront led to its rise as a great American city in the 19th century – and is the focal point of its renaissance in the 21st. Find out how the city’s embrace of its waterfront history paved the way for its revitalization.