The white-on-red Perry’s Ice Cream cone logo is an instantly-recognizable Buffalo icon, found at ice cream stands, corner stores and almost any place ice cream is sold throughout Western New York. It’s been a part of our region’s visual identity for generations, reminding us that we are home to our own unique brand of ice cream – as much a part of our culinary culture as pizza, wings, beef on weck, fish fries and charbroiled hot dogs. While there are a host of upstarts that would love to grab a piece of Perry’s market share, the Akron-based Perry’s remains the ice cream of choice for tens of thousands of Western New Yorkers. 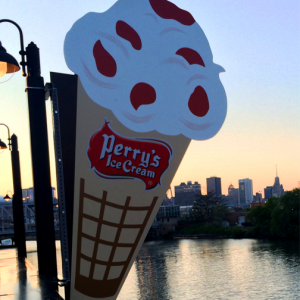 “Buffalo definitely has a legendary list of foods and we are so proud to be part of that extraordinary group,” said Perry’s Vice President Gayle Perry Denning, via email. “What always blows my mind is when I think about the times and moments in people’s lives that Perry’s gets to be a part of. Perry’s has been at more birthday parties and holiday dinners than I can imagine.”

That local tradition can be traced to 1918 when H. Morton Perry, the current management team’s great-grandfather, purchased a milk route and began operating Perry’s Dairy. Bottling milk and making other dairy products like cottage cheese was the company’s focus until 1932 when Morton Perry and his son, Marlo, made a batch of ice cream on their kitchen stove and froze it in a hand-cranked freezer. The next day, Marlo took the ice cream to school and his classmates loved it. Encouraged by the response, Perry’s began packaging its ice cream and selling containers to stores around Akron. A new product was born and Perry’s Dairy eventually became Perry’s Ice Cream. 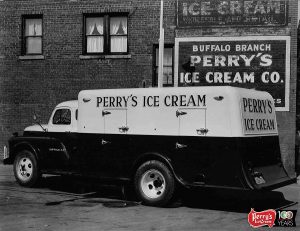 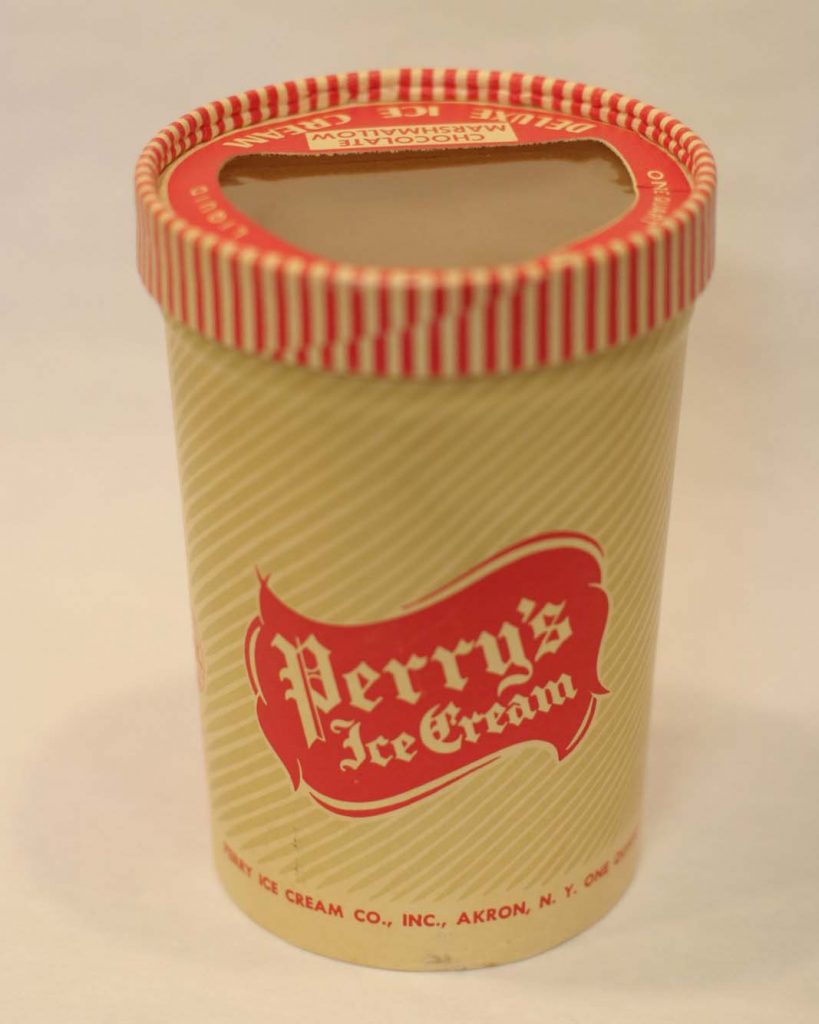 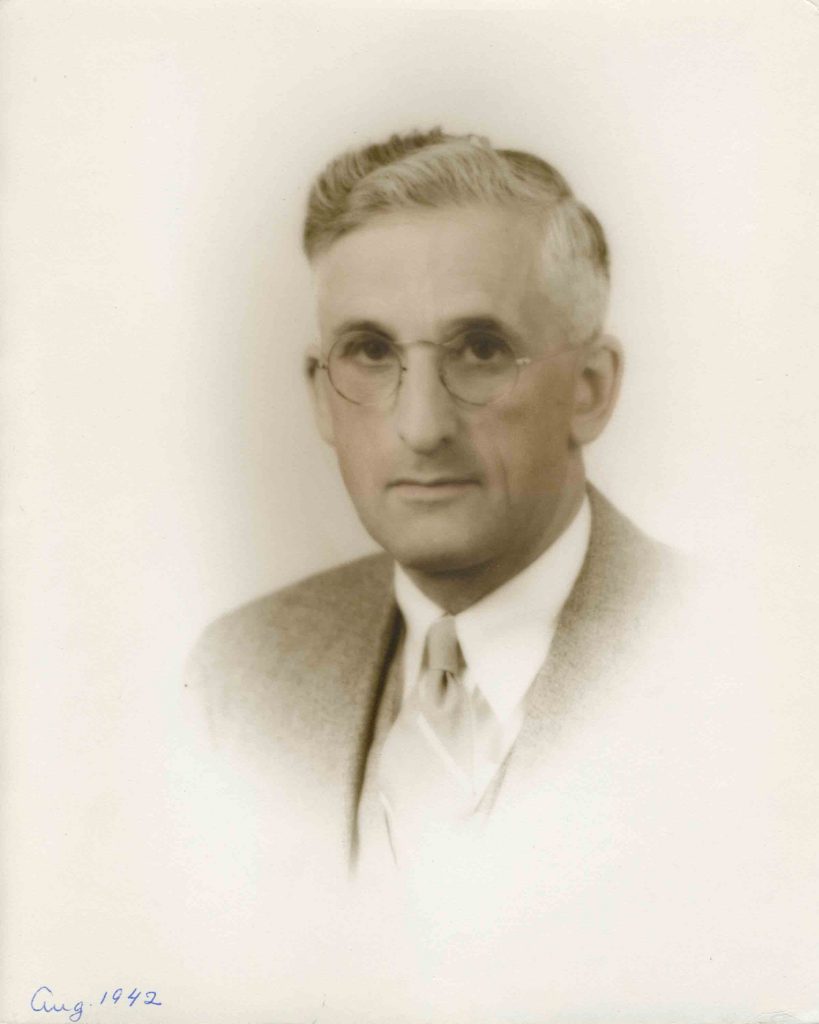 The company expanded into Buffalo in the 1930s, delivering ice cream to corner stores, delis and ice cream parlors throughout the city and surrounding towns. Today, the Perry’s brand can be found throughout upstate New York, Ohio, Pennsylvania, Maryland, Virginia and North Carolina. From its plant in Akron, the company produces nearly 500,000 cartons of ice cream and novelties per day during peak season. That’s 12 million gallons of ice cream annually! Great-grandpa’s hand-cranked freezer would have a hard time keeping up with the demand his heirs have created.

The fourth-generation family leadership team includes President and CEO Robert Denning, Executive Vice President and Chair Brian Perry and Vice President of Strategic Branding and Sustainability Gayle Perry Denning. Together, they have made Perry’s the 24th largest ice cream brand in the country. The Perry family attributes the company’s longevity and growth to a commitment to maintaining their great-grandfather’s standards for quality. 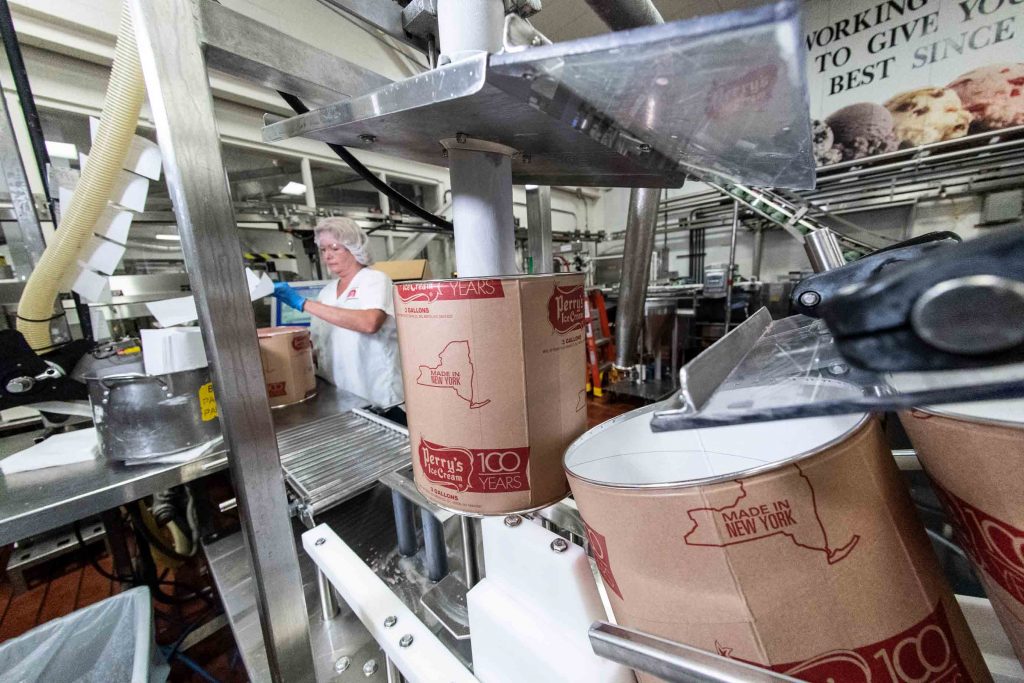 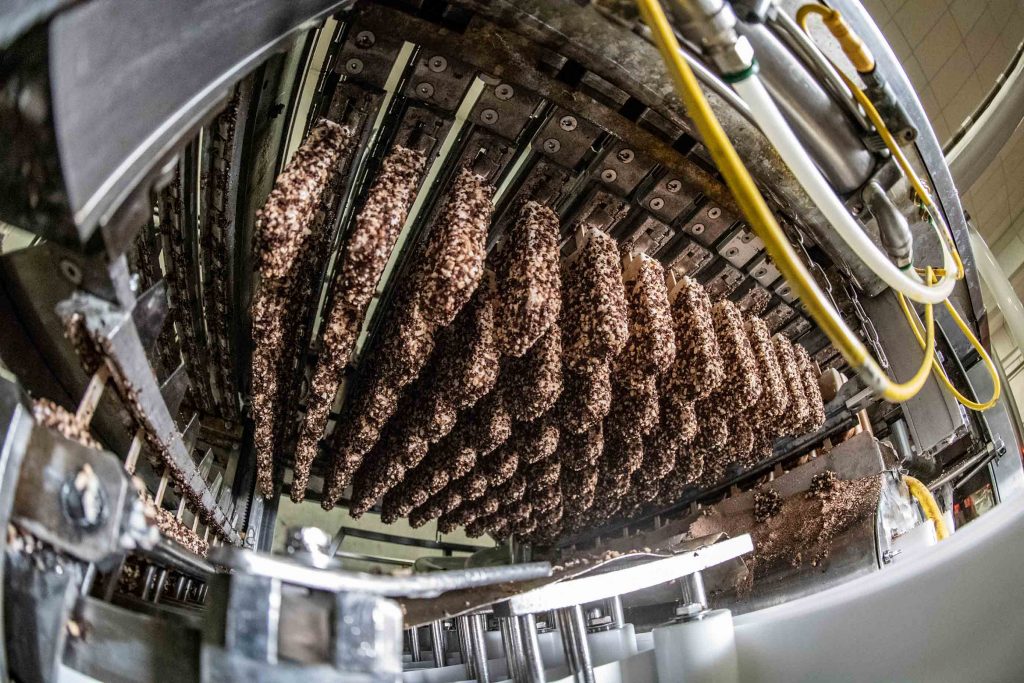 “Great-grandpa was known for saying, ‘Make sure you put in enough of the good stuff,’” said Executive Vice President Brian Perry. “And we do! Our family recipe is unique to the Perry’s brand and you can taste the difference. We continue to use local milk and cream in our recipe and we still slow cook the ice cream, one batch at a time, just like H. Morton did back in 1932.”

In the hyper-competitive world of ice cream in the 21st century, Perry’s still relies on a kitchen (probably bigger than the one great-grandpa used) where its Master Flavor Creators can experiment and create new flavors. Inspiration for new products and flavors comes from a variety of sources, including fans, suppliers and team members. 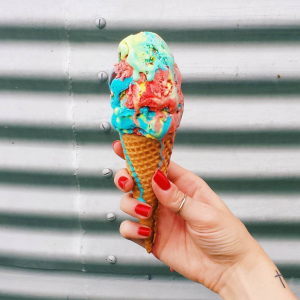 “Trends change faster than ever these days,” said VP Gayle Perry Denning. “We stay on top of our food industry research internally, partner with our flavor houses for new product presentations, talk to our customers regularly and listen to our customers’ requests for what’s next.”

In fact, Perry’s product line has gotten so expansive that they maintain a web-based flavor finder so fans can locate a retail location carrying particular products. You can find it here: Perry’s Ice Cream Flavor Finder.

“We have the best team of people bringing their own ‘good stuff’ every day, working hard together in their area of expertise to make our customers’ experiences with Perry’s exceptional,” added CEO Robert Denning. “We are constantly evolving what we do, yet making sure we are bringing our ‘good stuff’ to you each and every time.”