I spent two years working towards a post graduate degree from University at Buffalo, and maintained a residence near UB’s South Campus during which I pulled numerous all-nighters for those never-ending homework assignments and last-night study sessions before exams. Invariably all these aforementioned all-nighters concluded with a 6 a.m. stroll to Paula’s Donuts’ original location in North Buffalo and a standard order of large black coffee and a Bavarian Cream Donut.

That’s essentially why I jumped at the first opportunity to write about this Buffalo staple that is fast becoming as famous as our chicken wings.

So this past week, my friend and I drove to Paula’s Tonawanda location with a  task of “sampling” all peanut based donuts – namely the peanut stick, peanut cream, peanut jelly, peanut butter and chocolate peanut (Paula’s was out of Peanut Rounds that day). 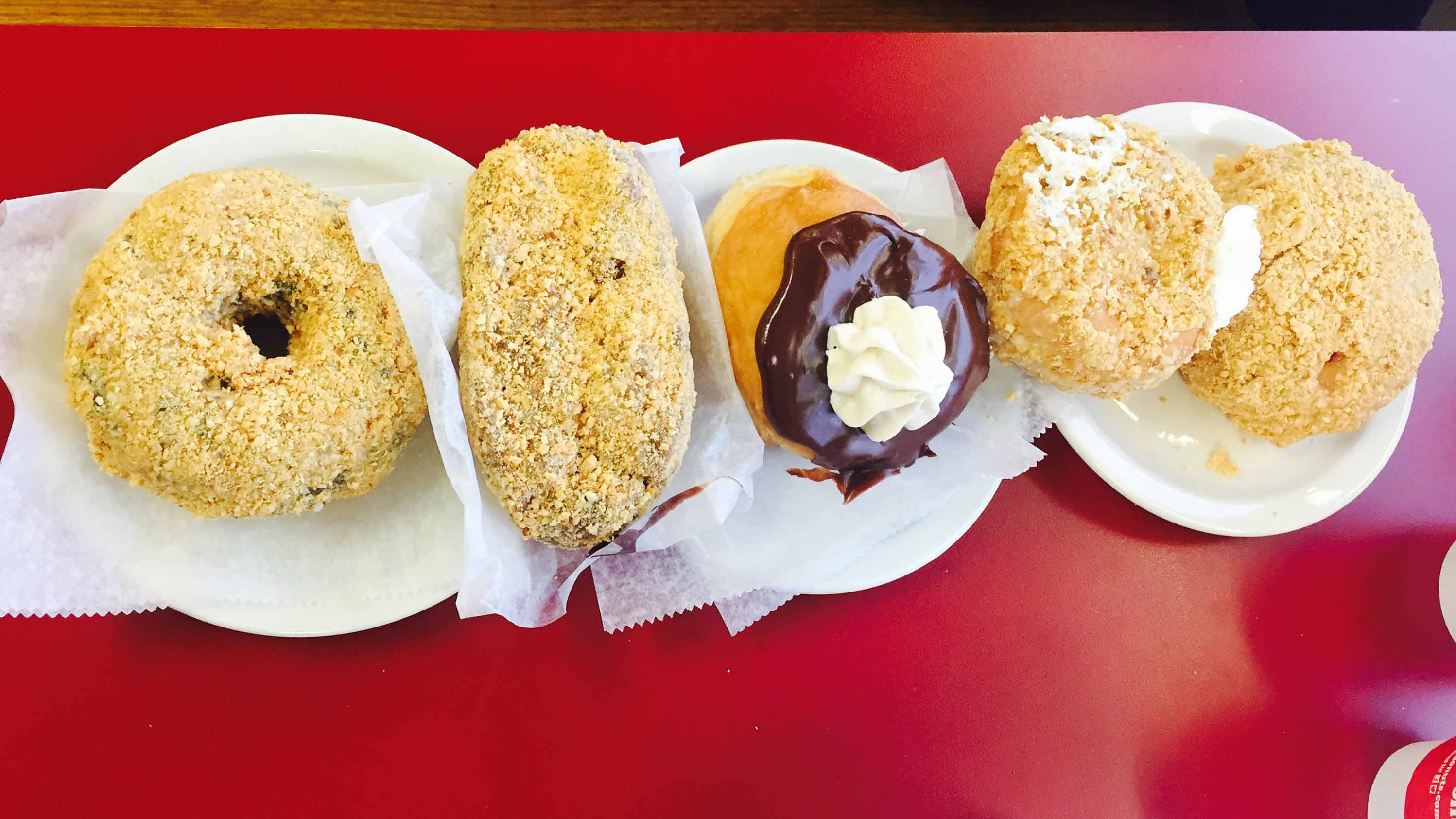 We started with the peanut stick, which is a traditional cake donut coated with chopped peanuts, generously so. The peanut covered exterior was the right amount of crunchy, which lead to a soft-cakey inside. A single descriptor for this donut… perfection!

Next came the chocolate peanut, which our server Michelle specially made for us, as Paula’s had run out. This is a chocolate cake donut covered with a traditional glaze and coated with peanuts. No one has ever gone wrong by mixing chocolate and peanuts- and the same applies to Paula’s.

We then moved on to the FILLED Donuts! 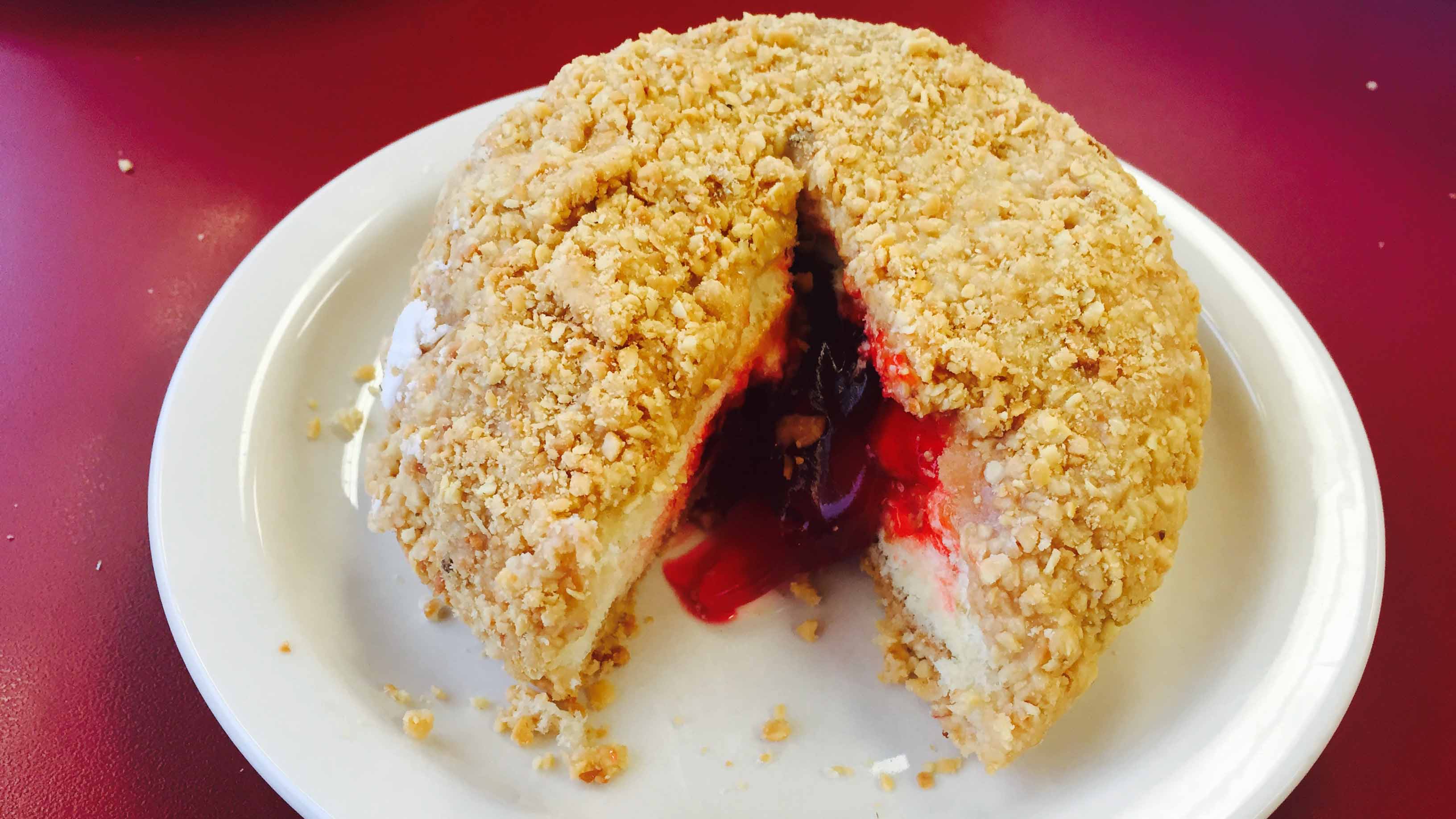 The first one was peanut cream, which is a yeast raised sourdough based donut filled with Angel Cream. The donut was light as air, and the cream fluffy to the point that this donut seemed to melt in my mouth! No wonder it made the Buzzfeed list of “Donuts you need to try before you die”!

I was kind of saving this one for the last, peanut jelly. This, ladies and gentlemen, is the stuff dreams are made of. A fluffy yeast raised donut with a ruby-red apple raspberry filling is as much a treat for your eyes as it is for your tastebuds!

As for my favorite, you will have to spy on what’s on my table next time I am at Paula’s! 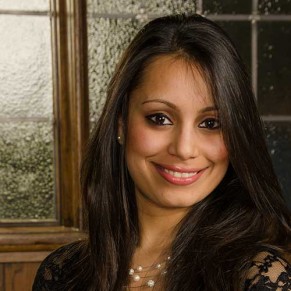 When she is not working as an analyst for First Niagara, Meg can be found wandering about every nook and corner of Buffalo. She writes about her experiences here and on HelloHertel.com.