Nick Pitillo was distraught. It was March 16th and the owner of downtown Buffalo’s Osteria 166 had just learned he had to close his restaurant. What had once been a distant rumor from the other side of the world was now an ugly and very real fact – COVID-19 had reached Buffalo and public gathering spots like Nick’s and the people who worked there would be among its first casualties.

“After spending most of the day feeling sorry for myself,” Nick says. “I started to think about what we could do to get through this mess.” 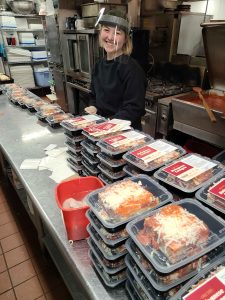 A fortuitous conversation with a friend pointed him in the direction of “meal prep” – batch cooking ingredients and preparing meals in advance. “I had no idea what it was,” Nick says. “A quick Google search and I started to think about how we could convert our restaurant into making frozen meals in the meal prep style…but with comfort food.”

It didn’t take long for things to get interesting. The very next day, Nick got on the phone with a few members of his staff to discuss the idea and everyone agreed it had potential. Within the hour, his advertising agency came up with and registered the web address stockthefreezer.com, and, as improbable as it may sound, a new business was born. 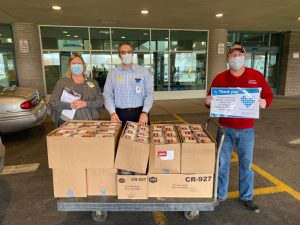 In what Nick describes as “the craziest 48 hours of our lives,” the Osteria team designed, developed and launched a new business, complete with a website, operating plan and product line. By Friday night, they posted a promotional video to Facebook and launched stockthefreezer.com. “We didn’t know if we were going to be making five meals or five hundred on Monday,” Nick admits.

Keeping his staff employed was Nick’s primary motivation, but he was also determined to do something for the community during an unprecedented public health crisis. “We wanted to keep the pricing low,” he says, “and allow people to help others, while allowing us to bring our people back to work.” 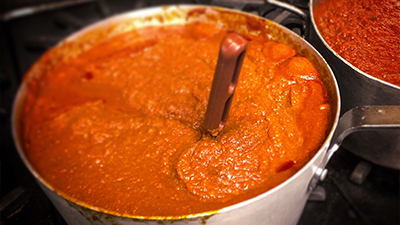 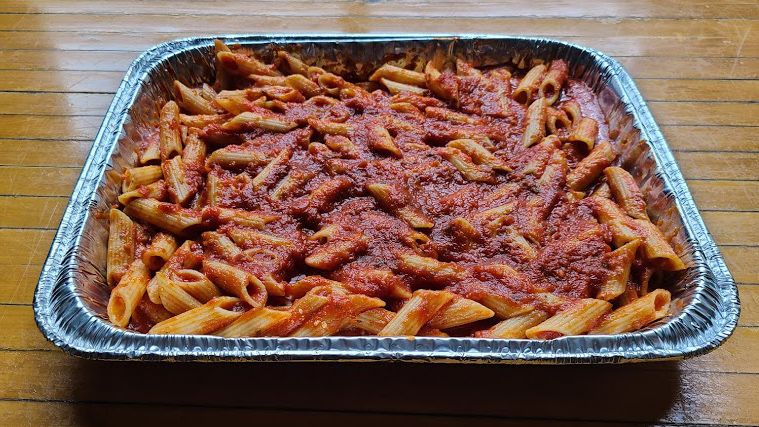 Incredibly and against a freezer full of statistical odds, stockthefreezer.com was an immediate hit. In the first 12 hours of the company’s existence they sold more than 1,500 meals with two-thirds of them purchased and donated to those in need. “We were floored,” says Nick. “Over the next two days we sold over 5,000 meals for donations and were able to put 20 people back to work.”

Customers can choose single serving dishes or family style meals, including longtime Osteria favorites like Bolognese lasagna, eggplant parmesan, penne alla vodka and spaghetti and meatballs, as well as a variety of sides and extras. Orders can be picked up curbside or delivered to your door. Donations of dishes from the same menu can be made with the click of a button and added to your cart. 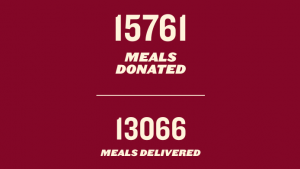 stockthefreezer.com meals donated and delivered as of April 28, 2020

The majority of dishes are produced in the Osteria kitchen in Buffalo with additional meals being prepared at Villagio, Osteria’s sister restaurant in Ellicottville. “We are using that spot for the donated meals in Cattaraugus County,” Nick adds, “to ensure our community in the Southern Tier is well taken care of.”

Visitors to the stockthefreezer.com website can designate where they would like their donated meals to go. Many customers simply choose “wherever it is most needed,” but options to assist veterans, homeless shelters and health care workers are popular choices as well.

“The response has been nothing short of amazing,” Nick says, marveling at the fact that they have delivered almost 14,000 meals in the five weeks the company has existed.