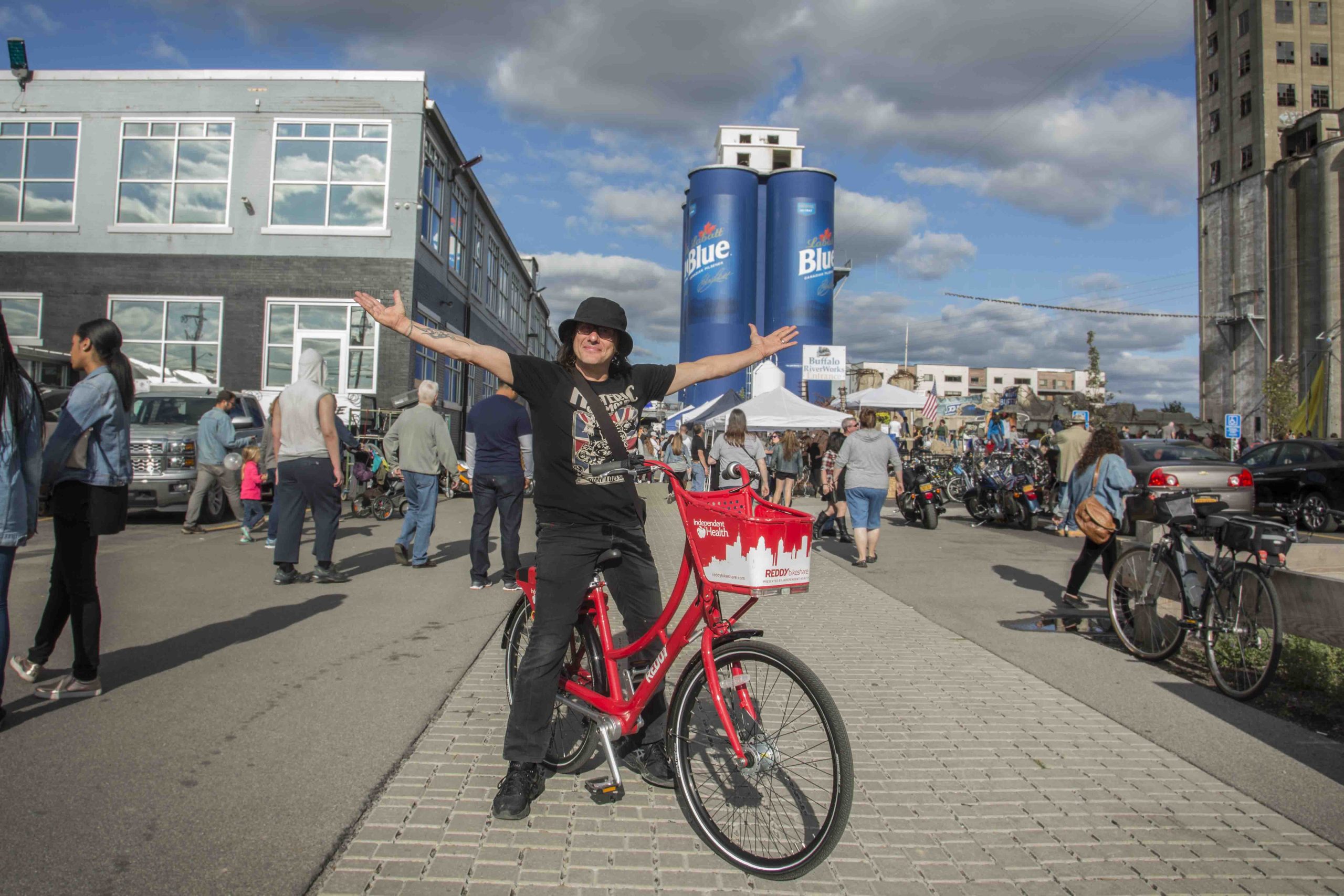 Live music on every stage. Art at every turn.

The free Music is Art festival, founded two decades ago, opens at 11 a.m and goes on until midnight Saturday, Sept. 10. Its lineup and design are led by festival founder Robby Takac, the Goo Goo Dolls bassist and singer who expanded the festival to its current river-spanning size with 200 bands playing on 24 stages and places. Take a tiki boat back and forth to listen to country music, punk, jazz, funk, rap, rockabilly, hip hop, acoustic acts and art- making happenings, dance and even skateboarding on the banks of the Buffalo River. All are listed in detail at musicisart.org.

“The thing I’m most proud about is that it’s a local event. It’s made of our community. To me, that’s the best part of it,” said Takac.

One option: Start at Buffalo RiverWorks entertainment venue and brewery and then boat over River Fest Park’s bandshell. Find your way to stages with names like Tailgate, Floating, Circus and Patio. Watch artists at work painting murals at most performance spots. Let the sights and sounds inspire you to join in: Interactive art projects include a 20-foot-long installation made with PVC pipe that will grow throughout the day. Another piece to try your hand at: A giant piece of plywood people can decorate with their handprints.

“We want to force people to walk around and see something new. You can see a polka band after a hip hop act. You just never know,” said Tracy Fletcher, the executive director. “It is definitely crazy. People just know that’s what it is now. If you walk by the stage and you don’t like what’s happening, just turn around.”

All about Music is Art

Takac started the Music is Art festival 20 years ago after being inspired by the summer’s annual Allentown Art Festival that spread out on the city blocks downtown outside his recording studio. As the festival grew, its location changed and moved to its current waterfront spot. Takac has been buoyed by the generosity of the performers and artists who help him pull this off.

“All these people come and volunteer their time and volunteer their talents in so many different mediums. Video, art and dance and electronic music and performance art. Roller skating and stilt walking and skateboarding. Everybody sort of comes together,” Takac said. “The idea, from the beginning, was you want people to be able to come and see something they’ve never seen before, in person.”

When, where and how much?

The free festival starts with opening bands at 11 a.m. and goes on until the music stops at midnight on Saturday, Sept. 10. Bands play downtown on both banks of the Buffalo River. On one side, find parking behind the rinks at Buffalo RiverWorks. On the other, look for spots near the River Fest Park pavilion on Ohio Street. Founded by Goo Goo Dolls bassist and singer Robby Takac, Music is Art has become a local highlight since its founding 20 years ago, bringing its motto to life, “Fueling the unifying power of music in Western New York.”

“We didn’t want leave anything out, so we kept adding,” Fletcher said.

Find detailed schedules, a map and other information at musicisart.org.