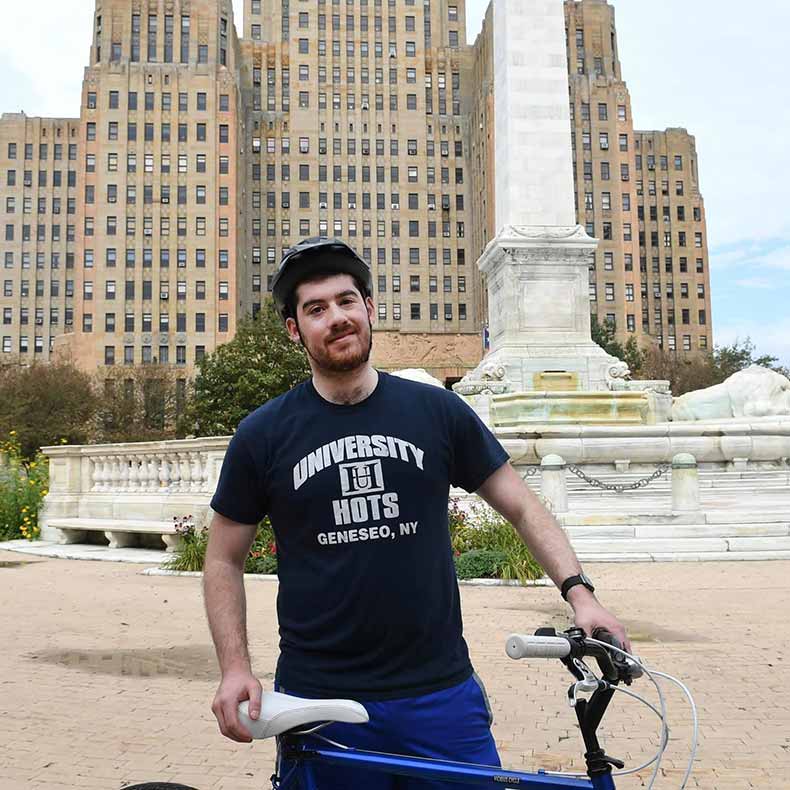 Former Buffalonian Zachary Smith, now of Austin, Texas, was spotted on a rented bike during a stop at Niagara Square recently. He was on a two-hour Buffalo Bike Tours guided ride. The tour began at Canalside and wound through downtown, giving riders a close-up view of some of the city’s best architecture and historic sites.

The changing face of Buffalo had Smith buzzing about his hometown.

“There are a lot of new businesses downtown,” he said. “I went to the rooftop bar at the new Aloft Buffalo Downtown – that was really fun! I went to Hertel Avenue, too, it’s really changed since I left. There’s a lot of good stuff over there.”

He talked excitedly about what he’d seen on the tour, including the African-American Heritage Corridor along Michigan Avenue.

“There are so many cool murals now, so much good art,” he noted, adding, “I do miss all the big parks that are in Buffalo, you don’t find that there (in Austin), all this beautiful green space and architecture.”