Have you ever thought about how the streets got their names?  We are lucky in Buffalo because much of our city’s history is embedded in our street names.  Here are a few of the stories: 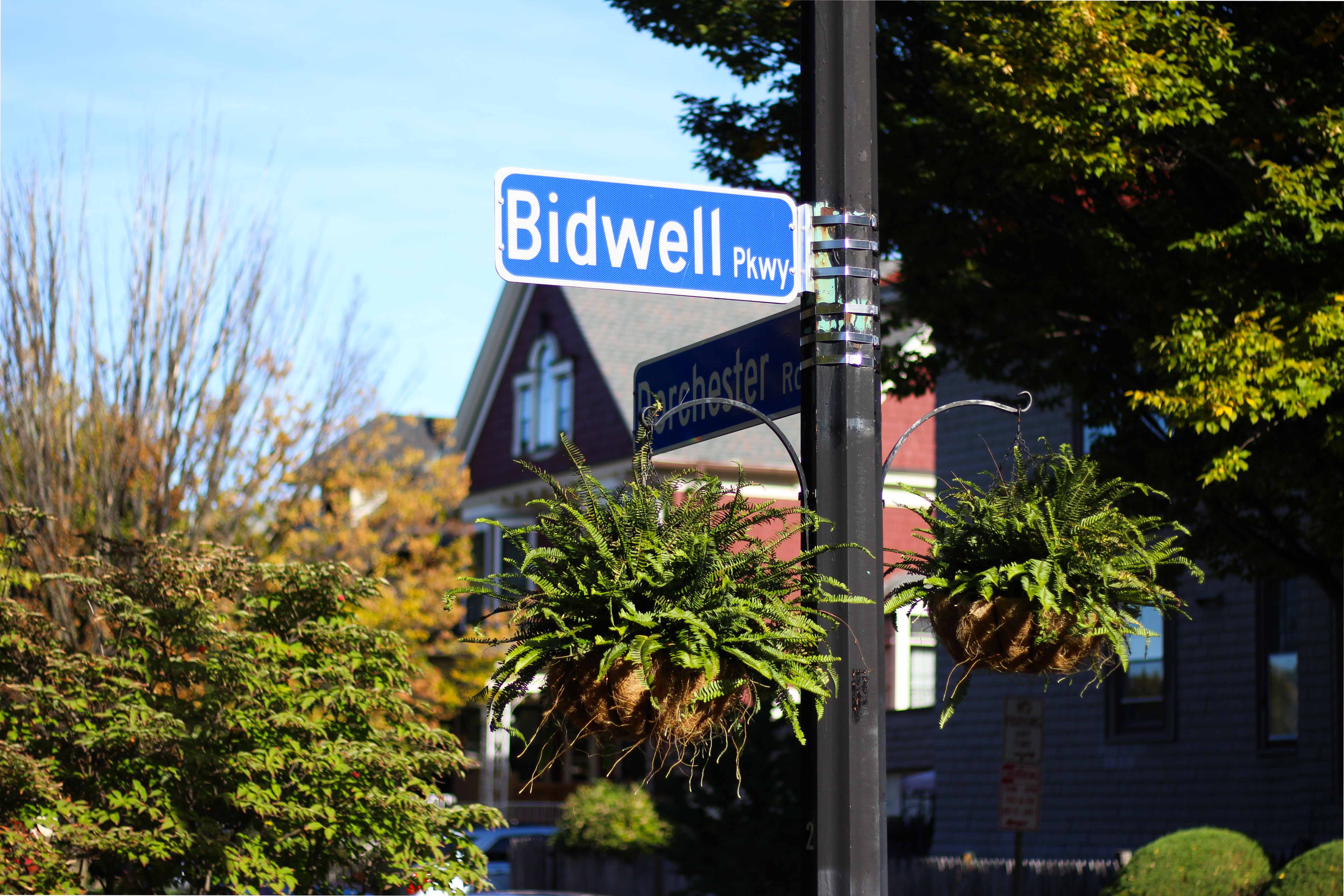 Bidwell Parkway
Bidwell Parkway is named after Daniel Davidson Bidwell. Mr. Bidwell was born in 1819 in Black Rock and helped establish the City’s first police force. At the outbreak of the Civil war, he joined the New York Infantry as a private, was promoted to captain, was named Colonel of the 49th NYV and became Brigadier General in 1864. He was involved in the Second Battle of Fredericksburg, the Battle of Salem Church and the Battle of Gettysburg. He was killed in action at the Battle of Cedar Creek, Virginia. He is buried in Forest Lawn; the Parkway and the statue at Colonial Circle are both dedicated to his memory.

Hertel Avenue
Hertel Avenue is named after John Stephen Hertel. Mr. Hertel owned the land that is now Riverside Park, and was the founder of the Black Rock Land Company. Mr. Hertel owned a hotel at what would become Hertel Avenue and Niagara Street. Before the 1890s, the Riverside area was rural countryside, and when the Niagara Horse Car was extended to Hertel Avenue, legend says that Mr. Hertel was so excited, he ran out of his hotel without a coat to be the first to see the horse-car pass the hotel. 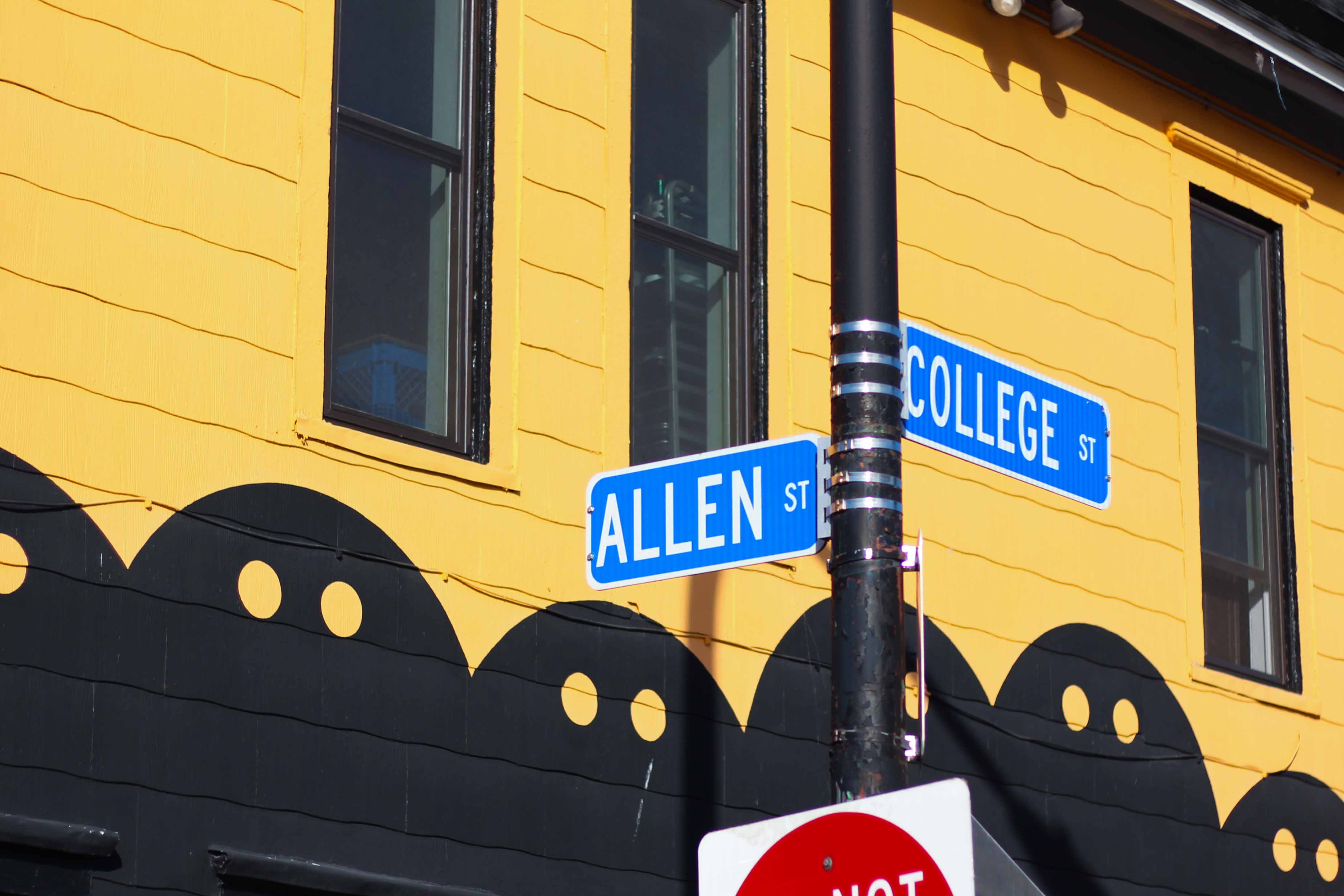 Allen Street
Allen Street is named after Lewis Allen, Grover Cleveland’s uncle. When Mr. Allen and his wife arrived in Buffalo in 1827, Buffalo wasn’t even a city yet and most of the outskirts of what we now consider “downtown” was undeveloped wooded land and/or farmland. The Allens owned 29 acres of land between what is now Main Street and Hudson Street. As Buffalo grew, Mr. Allen sold off parcels of his land, but he would driving his herd of cows down the same path between the parcels he sold off to bring them to pasture. The path became Allen Street, which was named after him in 1888.

Bailey Avenue
Bailey Ave is named after William Bailey. The Baileys owned a farm bounded by Dingens Street, Broadway, the Erie Railroad Tracks, the West Shore Tracks and the Cheektowaga boundary. The family was known for their generosity, whether it was inviting their friends for a feast and a horseback ride after church on Sundays, or helping out immigrant families arriving in Buffalo. After Mr. Bailey died, his son operated a limestone quarry on the farm. Many of the railroad bridges throughout Buffalo were made from rock from the Bailey quarry. 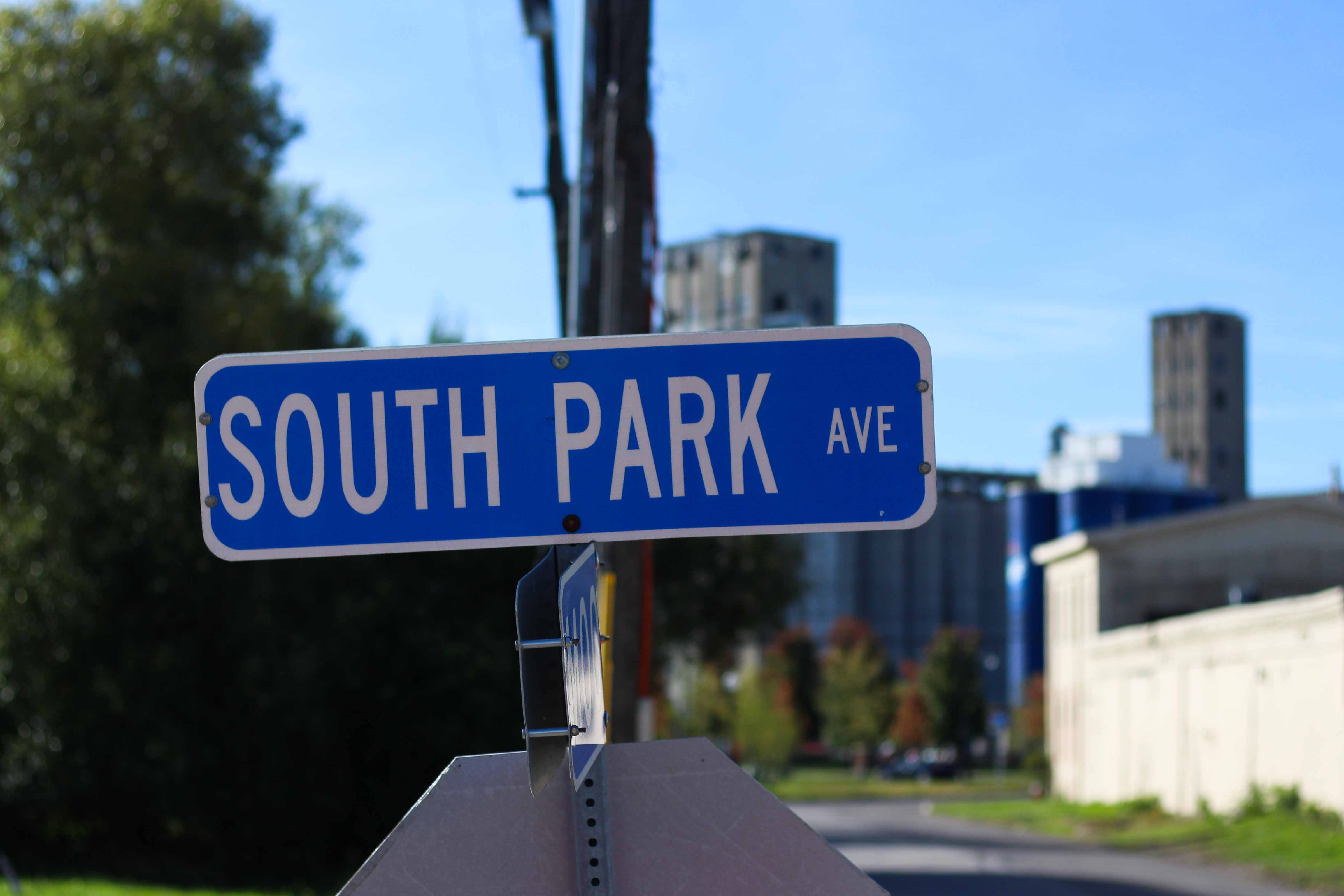 South Park Avenue
If you drive down South Park to come into Downtown, you may wonder why the street seems to have weird intersections. This is because the street was originally parts of several different streets. In 1939, a proposal was presented to change the name of four streets to allow motorists to travel from Lackawanna to Main Street in Downtown along one road. They were expecting many people to travel Downtown to visit the new convention hall (War Memorial Auditorium), and to catch the train to travel to New York City for the World’s Fair. The Tri-Abbott-South Park Businessmen’s Association proposed to change portions of Ohio, Elk, Triangle and Abbott Roads to name them South Park Avenue. The proposal was approved by City Council in May 1939.

You can learn more about the history of more of Buffalo’s streets by checking out the Discovering Buffalo, One Street at a Time blog at buffalostreets.com 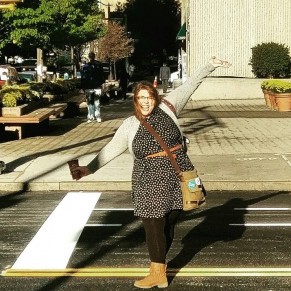 Angela Keppel is an urban planner and history enthusiast. A lifelong Buffalonian, she lives in the juxtaposition between where we’ve been and where we’re going as a city. She works as a Project Planner with Buffalo Place, Inc.and blogs about Buffalo’s street names at buffalostreets.com