3. George Mendonsa, a.k.a. the Kissing Sailor on the Life Magazine cover, served as a Quartermaster on board USS The Sullivans during World War II. As Quartermaster, Mendonsa was responsible for ensuring that a variety of materials and systems were available and functioning on board.

4. USS Croaker was hit with an aerial bomb during World War II. Luckily, it didn’t explode or sink into the ocean, but it did leave a big dent in the submarine. The vessel was immediately repaired after she returned to port.

5. To get the USS Little Rock, the USS Croaker and USS The Sullivans to Buffalo, NY, the ships traveled from the Eastern Seaboard into the St. Lawrence Seaway, into Lake Ontario, through the Welland Canal, into Lake Erie and then into the Buffalo River.

7. The USS Little Rock is the last remaining Cleveland-class cruiser in the world and is now considered a guided missile light cruiser. Many crews from other “sister” ships come aboard to host reunions and other memorials, as it is the closest resemblance to their own ships.

8. All of the landscaping throughout the military park is completed by volunteers. Additionally, there are various groups of volunteers on board the ships who serve as docents (i.e. tour guides), maintenance support and more.

10. In 2008, the USS Croaker was listed on the National Register of Historic Places. Additionally, USS The Sullivans is a National Historic Landmark.

11. USS Little Rock has a double bridge onboard due to the presence of the admiral. This configuration is very rare in the Navy.

12. The original anchor for the USS Little Rock is on display at the military park and can be viewed near the Vietnam Memorial and the brand new African American Veterans Monument. The other anchor remains attached to the ship, and is located on the starboard side of the vessel. 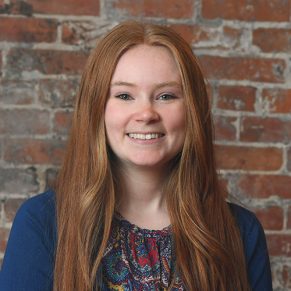 Born and raised in Amherst, proud graduate of Kent State University and beyond thrilled to share my love for Western New York as the Marketing and Social Media Specialist at Visit Buffalo Niagara!