Walk into Russert’s preserved NBC office on display at the Buffalo History Museum and you’ll see keepsakes and memories from his beloved hometown that he kept close by. The masterful exhibit, which relocated from the Newseum in 2014, is only the beginning of Tim Russert’s Buffalo. The entire city is a living museum worth exploring of the neighborhoods, places and experiences that shaped Russert’s values and personality and endeared him to the nation. 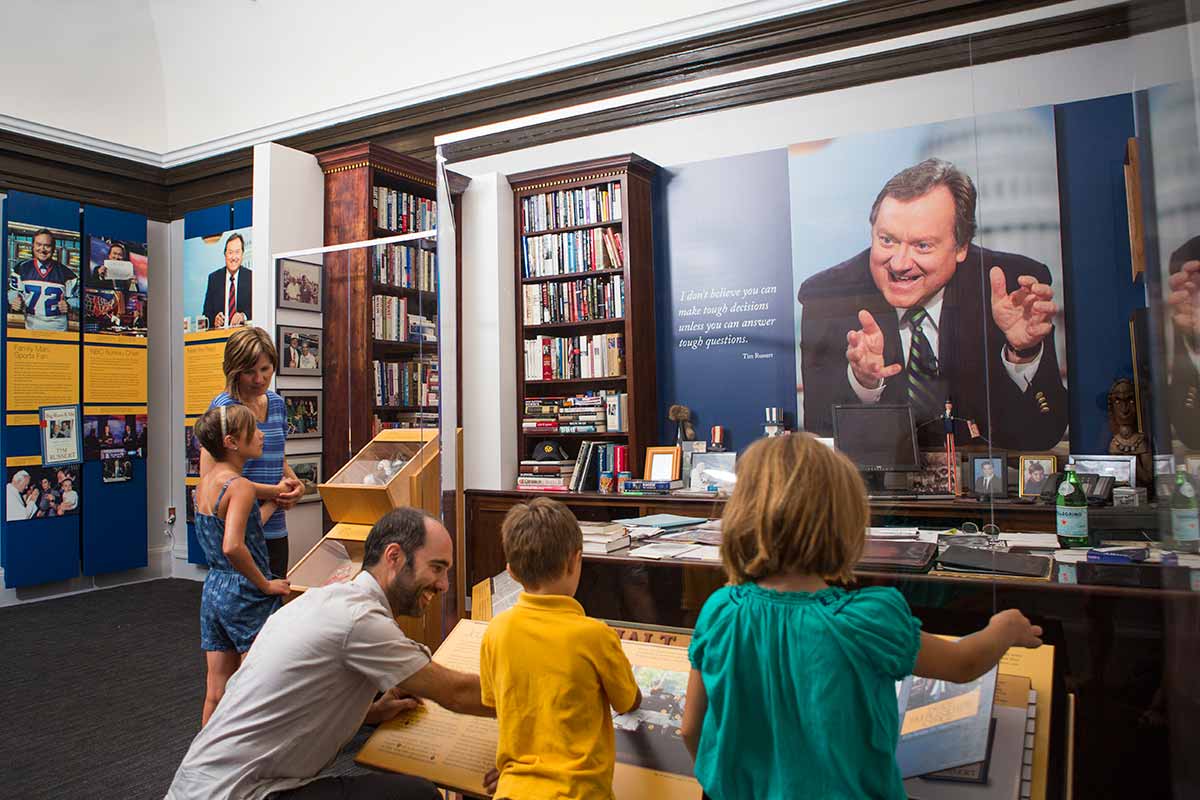 In his memoir “Big Russ and Me,” the late Russert touched millions with the lessons he learned while growing up in South Buffalo. He described it as “a warm and tightly knit neighborhood where most people were Irish Catholics and everyone seemed to know one another- and one another’s relatives.”

Woodside Avenue in South Buffalo, where Russert lived  until age 11, was renamed “Tim Russert Way” shortly after his death. Around the corner on South Park Avenue, next to the library. where Russert checked out sports biographies and Hardy Boys books stands the Tim Russert Children’s Garden. Russert helped fund the conversion of the former vacant lot into the small park in 2002. 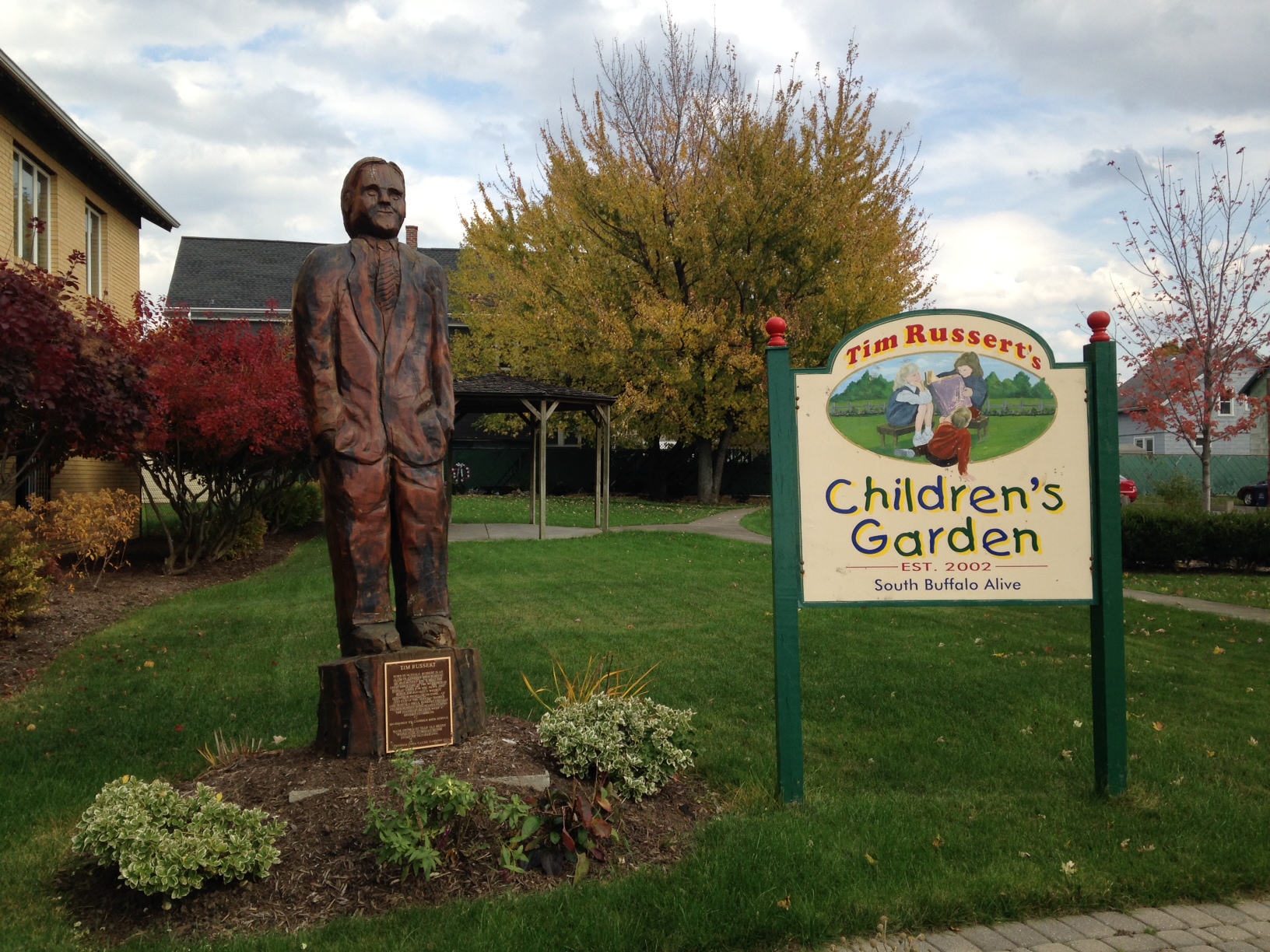 A  wooden carving of Russert sits prominently in the middle of the garden. Another park, on Indian Church Road in the town of West Seneca, is also named after him, as is a stretch of Route 20A in the town of Orchard Park near New Era Field, home of Russert’s beloved Buffalo Bills. 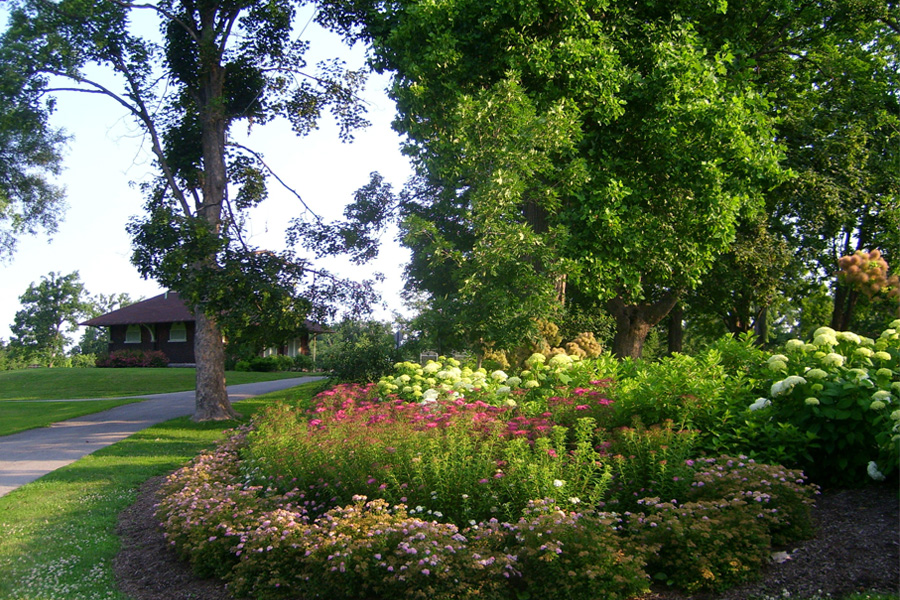 On special occasions, the Russert family used to drive down South Park Avenue and visit the Buffalo and Erie County Botanical Gardens, one of a handful of Victorian conservatories left in America. At nearby Cazenovia Park, Russert spent two years playing in a youth baseball league.

The Catholic faith was central to Russert’s upbringing. He made his First Communion and was an altar boy at Holy Family Church, 1901 S. Park Ave. He described the nearby Our Lady of Victory Basilica as an “exciting” place to go to Mass. Russert worked to pay off his tuition while he was a student at Canisius High School by working the switchboard at the rectory of St. Michael’s Church downtown, the second oldest parish in the city. 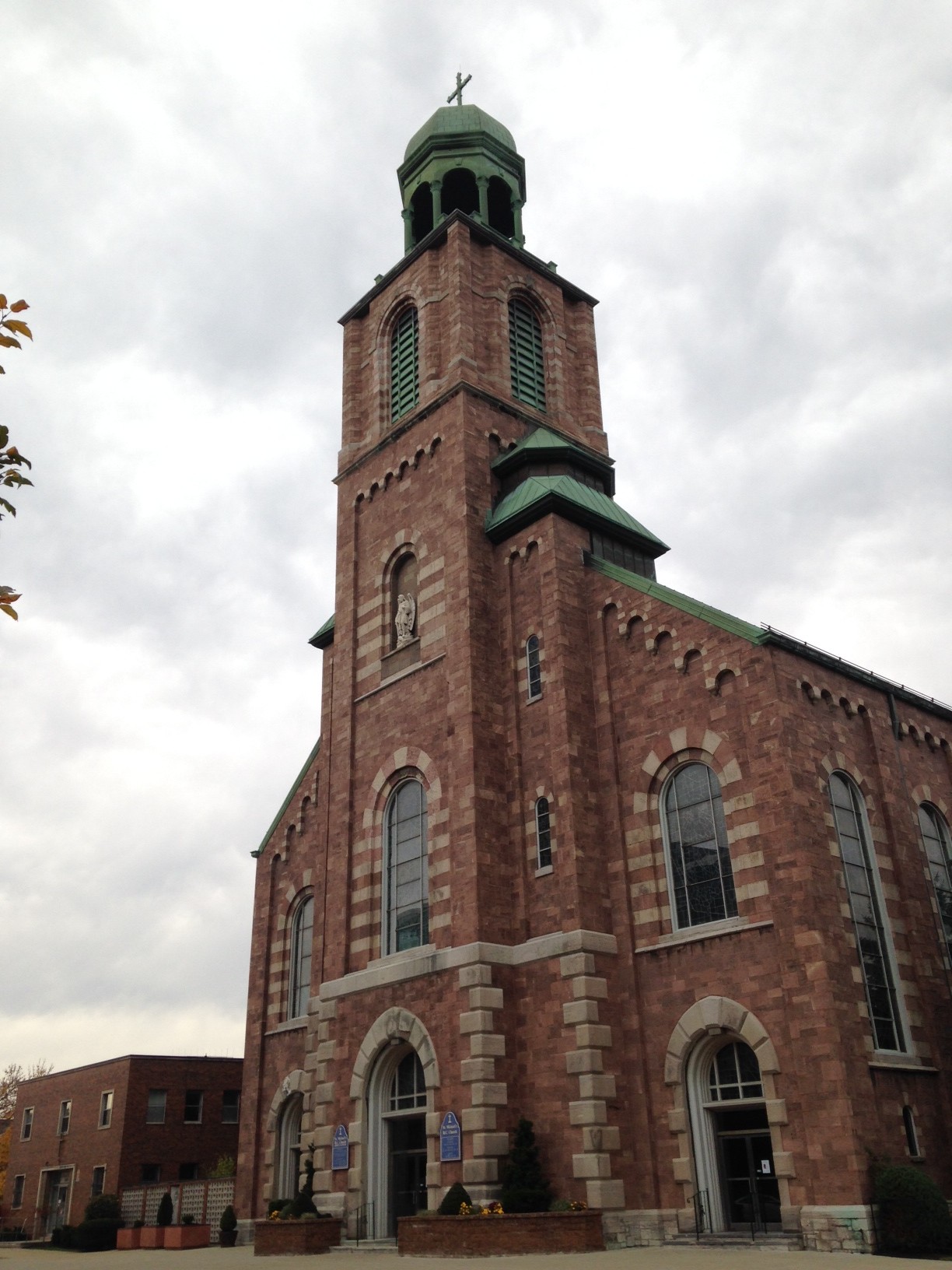 Russert answered the switchboard at St. Michael’s rectory as a job during high school.

A “home away from home” for his father, Big Russ, was American Legion Post 721. Here, the elder Russert, a World War II veteran, was post commander from 1960 to 1961. Russert had many childhood memories of Christmas parties, family picnics, and corned beef and cabbage dinners at the post, which is open to the public. 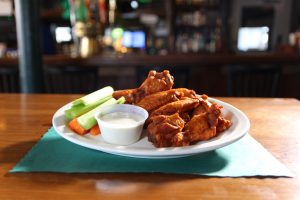 Big Russ always told his son, “You Gotta Eat!” The Broadway Market was a spot that “offered up some of Buffalo’s best food — and that’s saying a lot,” Russert once noted.  A favorite watering hole for Russert during and after college was Hoak’s Restaurant in Hamburg. South Buffalo’s Blackthorn Restaurant and Pub  was another spot where the Russerts enjoyed a meal.

A visit to the haunts of Russert’s youth will give you a sense of why he regarded his hometown with such affection.