Walking around the aisles of ShopCraft is like taking a road trip through the neighborhoods, towns and villages of Western New York.

The store features more than 3,000 items in in its 820 square foot space situated at 773 Elmwood Avenue, between Cleveland and Auburn avenues. And all of the items – from candles and soaps to Buffalo themed magnets and ornaments, historic Pan American Exposition prints and chicken wing earrings – originated right here in Western New York. 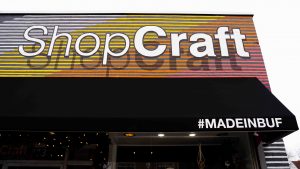 ShopCraft requires all of its more than 50 featured makers to live within 90 miles of Buffalo. The furthest artisan currently resides just 35 miles away, in Gasport, and the closest, a jewelry maker, lives just a few blocks away. Each artisan receives between 60 and 75 percent of every sale.

ShopCraft opened as a standalone store earlier this year after operating for several years as a pop-up within Thin Ice boutique just down the block on Elmwood Avenue. The store is the brainchild of owner Christa Penner, who first began to transition into the maker world from a career in marketing more than a decade ago by publishing a stationery line featuring winter images of Buffalo. 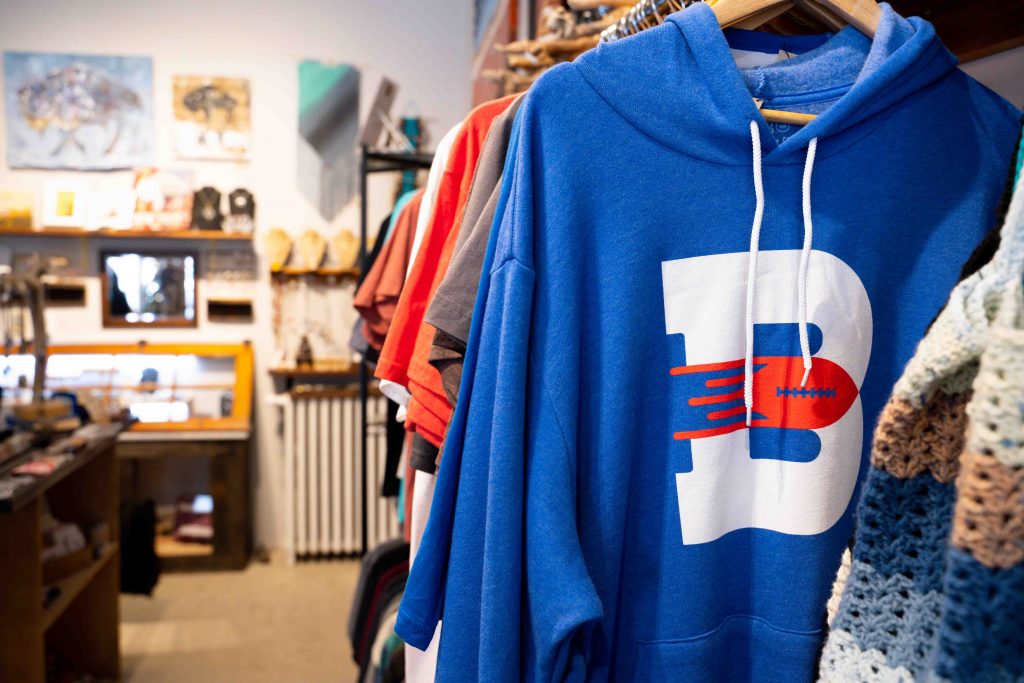 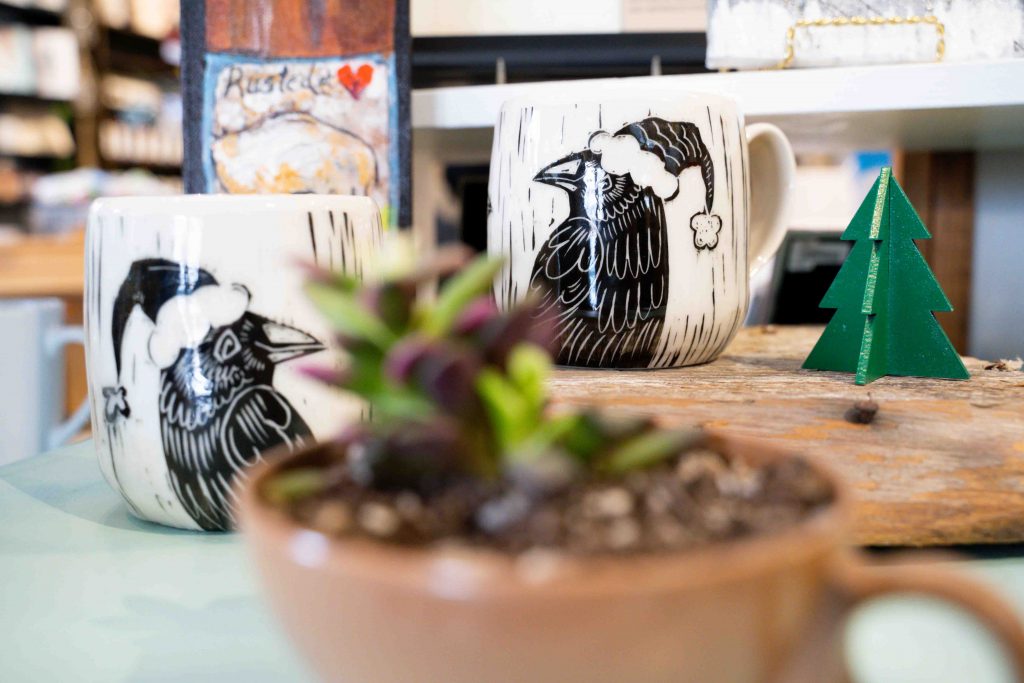 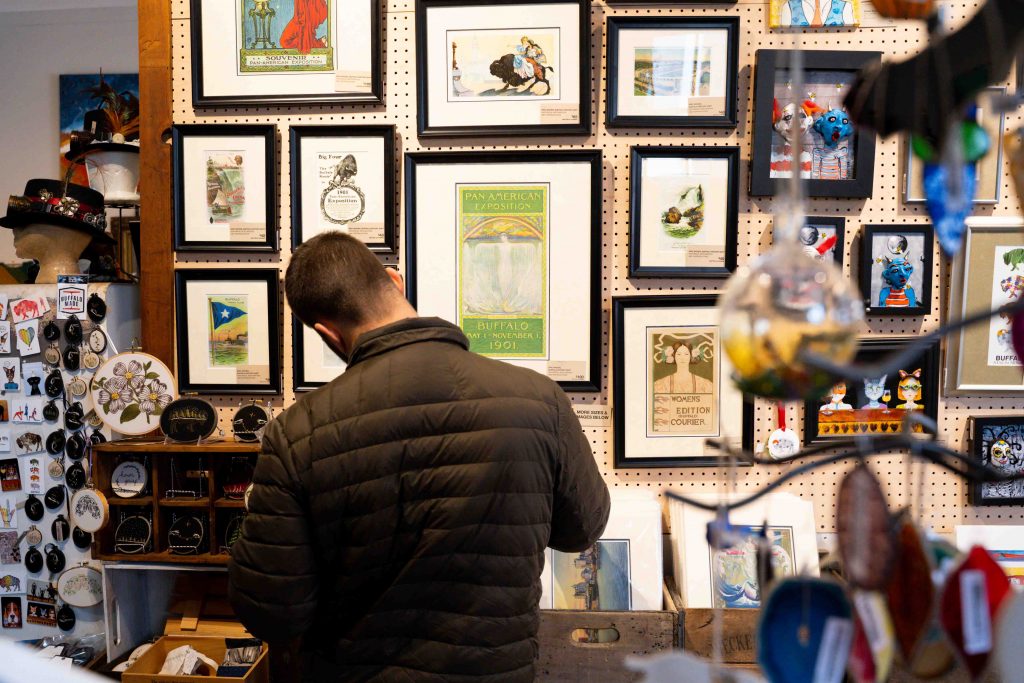 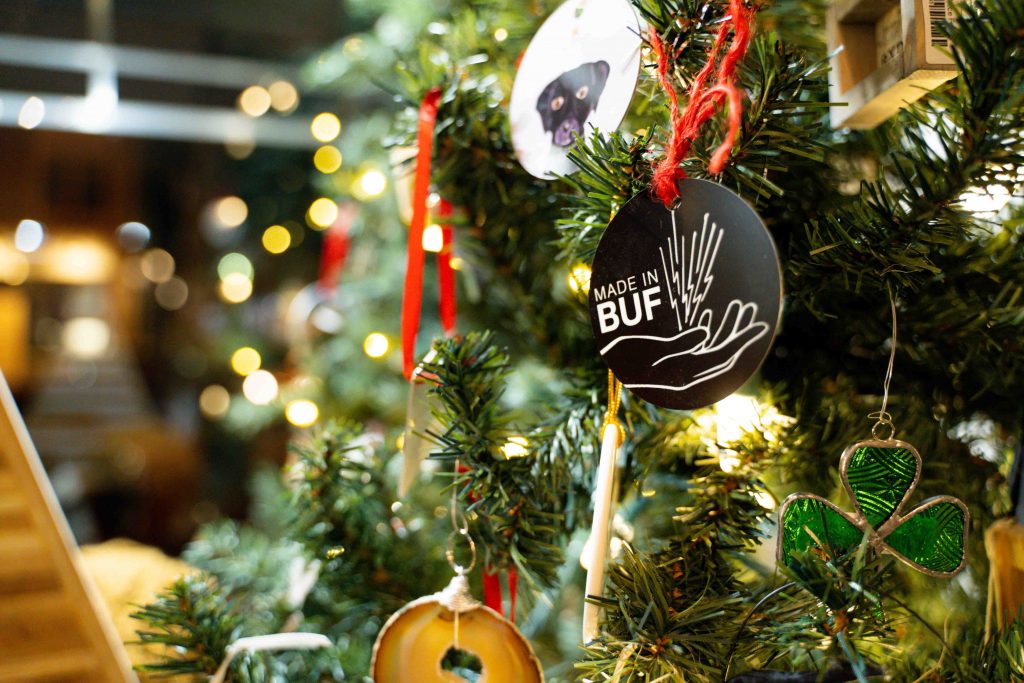 “We really are a community of both consumers and makers and you don’t get that in a lot of other cities,” Penner said. “We have a really diverse community of makers who are creating really high quality work. This store is a chance to celebrate that.”

The growth of ShopCraft from pop-up to standalone store has coincided with a broader transformation of Buffalo this decade, from the redevelopment of its waterfront to the restoration of its architecture and reinvigoration of its neighborhoods. The renewed sense of civic pride that accompanied those changes translated into a growing demand for locally made goods, Penner said. 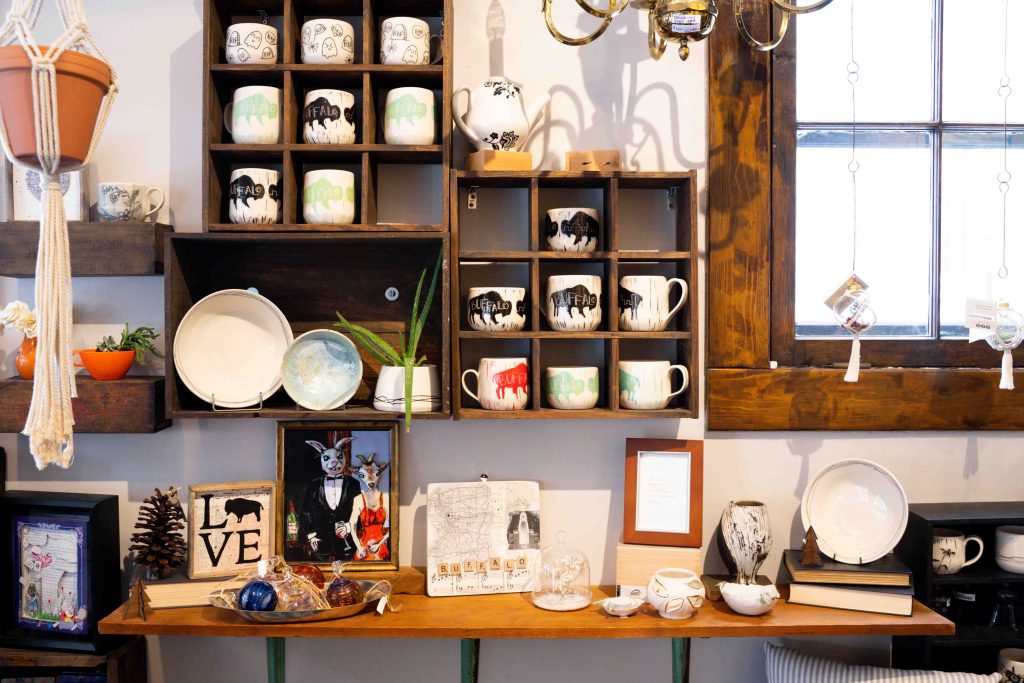 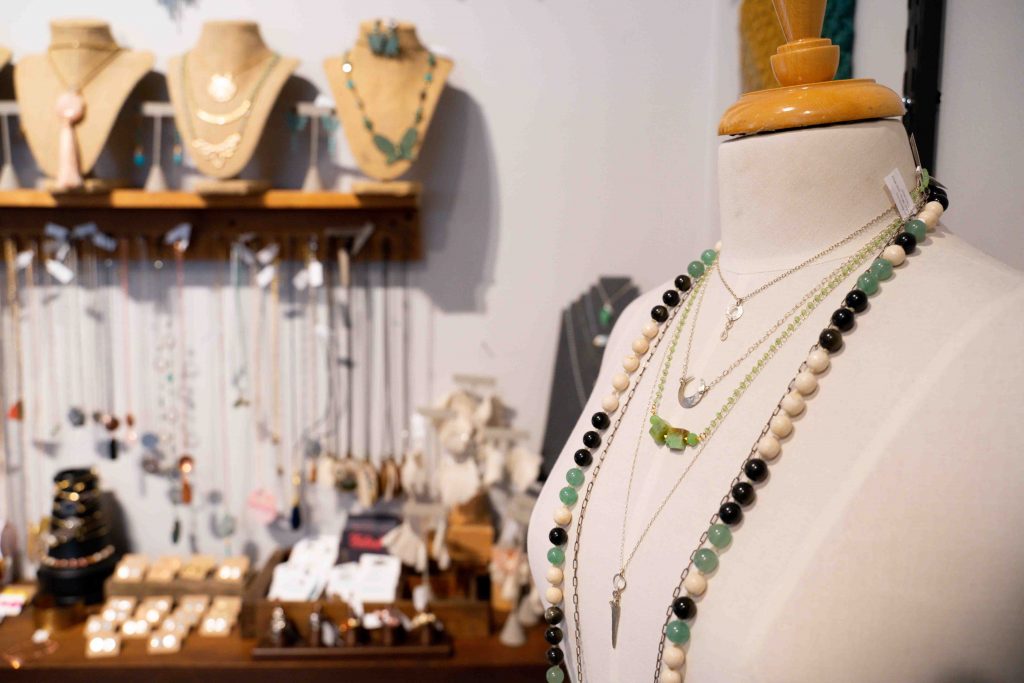 “Because there’s a lot of pride in this community, it gives makers energy to create new and unique products,” she said.

For Penner, owning a store of locally made goods ties directly into Buffalo’s history and legacy. The city that invented the air conditioner, created the windshield wiper and shipped out steel all over the country continues to innovate and produce to this day. 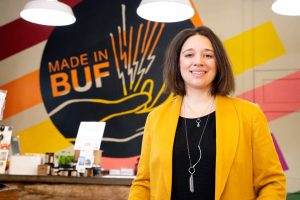 “Buffalo started as a manufacturing town,” she said. “There’s a lot of things that were created and invented here and we feel we are carrying on that tradition.”