A Thing for Wings

Wing Festival Founder Drew Cerza on his passion for poultry

Q: Why did you start the Buffalo Wing Festival?
A: I was inspired by the movie Osmosis Jones featuring Bill Murray as a Buffalo wing fan with the goal of making a road trip to the National Buffalo Wing Festival. Ironically, we didn’t have one. I loved wings and my hometown of Buffalo, so, I decided that it was time for the “real world” to knock off Hollywood and start a Wingfest in Buffalo. The rest my friends is history! Thank you, Bill Murray!

Q: What’s your favorite part of the Festival?
A: The United States Chicken Wing Eating Championship, eating all the different variations of wings as well as meeting the thousands of wing-fanatics that make the pilgrimage to Buffalo from all over the world.

Q: How do you recruit participating wing joints for the Festival?
A: Many of them contact us. We also are always researching on line. We go undercover and taste the wings. If we feel they are worthy, we interview the owner and see if they have the passion for wings that we are looking for.

Q: Do you ever get tired of eating wings?
A: Are you serious??? Never! I have Frank’s Red Hot running through my veins.

Q: How do you feel about dipping wings in ranch dressing?
A: It’s sacrilegious. Putting ranch dressing on wings is like putting ketchup on filet mignon. 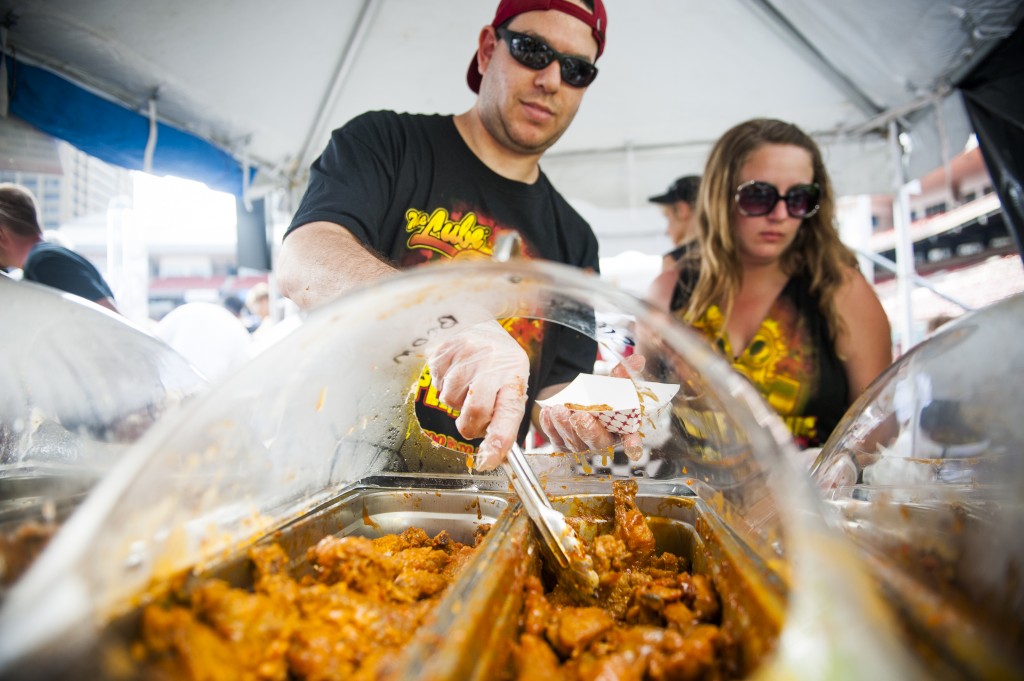 Q: Why do you think wings have become so popular as a pre-game snack?
A: They are fun to eat and requires athletic skills. You need to be a good decision maker (like a QB). Flat or drumstick, do I dip in blue cheese or not? What technique do I use to eat them? Do I separate the bones of a flat? Do I do one big umbrella swipe, or do I eat around the drumstick like a corn on the cob? I like to mix up my eating style with each wing. It’s like mixing up your offensive plays with a little run, pass and a trick play once-in-awhile.

Q: Are wings good for you?
A: Of course, they are. They’re a great source of protein and very low carb. Case closed!

Q: What are some of the responsibilities that come with being the Wing King?
A: Taste testing wings from all over the country. A tough gig, but someone has got to do it. The best part is proudly representing and promoting what I consider America’s greatest culinary treat as well as the greatest food city…Buffalo!