In a small, unassuming storefront five minutes from downtown Buffalo sits one of WNY’s most adored chocolate shops. Mike’s Homemade Candies located at 2110 Clinton Street in Kaisertown is simply a must for all sweet treat-lovers.

Mike Melithoniotes and his wife Anna immigrated to Buffalo from Greece in 1957 and opened the first Mike’s Candies on Sycamore Street in 1962.  Seven years later, they moved the shop to Clinton Street and after Mike passed away in 2002, his daughter Suzi Walter took over the business and she’s been operating the shop ever since. 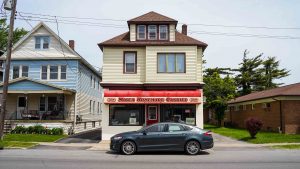 Chocolate and candy-making has been a part of Suzi’s life for as long as she can remember and her passion is fueled by the people she serves.  Local residents frequent the shop, and out-of-towners looking to check items off of their “Buffalo foods” list make specific trips to secure their lot of chocolate, homemade caramel, marshmallow and other confections. Loyal Mike’s followers who aren’t able to come in-person, “mostly snow birds,” Suzi explains, have products shipped to them.  From time to time she’ll get an international request– one of her furthest chocolate shipments was to China. 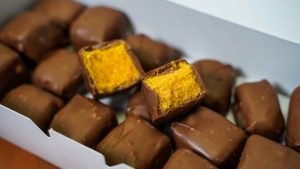 Chocolate covered sponge candy is their top seller and thousands of pounds of the rich-yet-airy goodness are churned out each year.  Mike’s carries classic milk and dark chocolate sponge candy as well as milk chocolate peanut butter, and milk and dark varieties of raspberry and orange. Suzi has never strayed from Mike’s original, base recipe (it’s that good). In fact, the decades-old recipe has earned Mike’s Candies a spot in national food publications such as Gourmet, Saveur as well as the first and second editions of Roadfood. 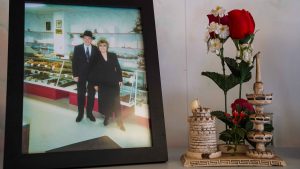 Suzi credits the company’s success to remaining consistent through the years and always using the highest quality ingredients. And it shows. Pure milk and dark chocolate with no additives creates a perfectly sweet, velvety texture – the coat-your-mouth kind. Each piece of chocolate is hand-dipped and all of the nuts used in their recipes are roasted in-house. It’s how they’ve always done things and Suzi has no intention of switching it up. 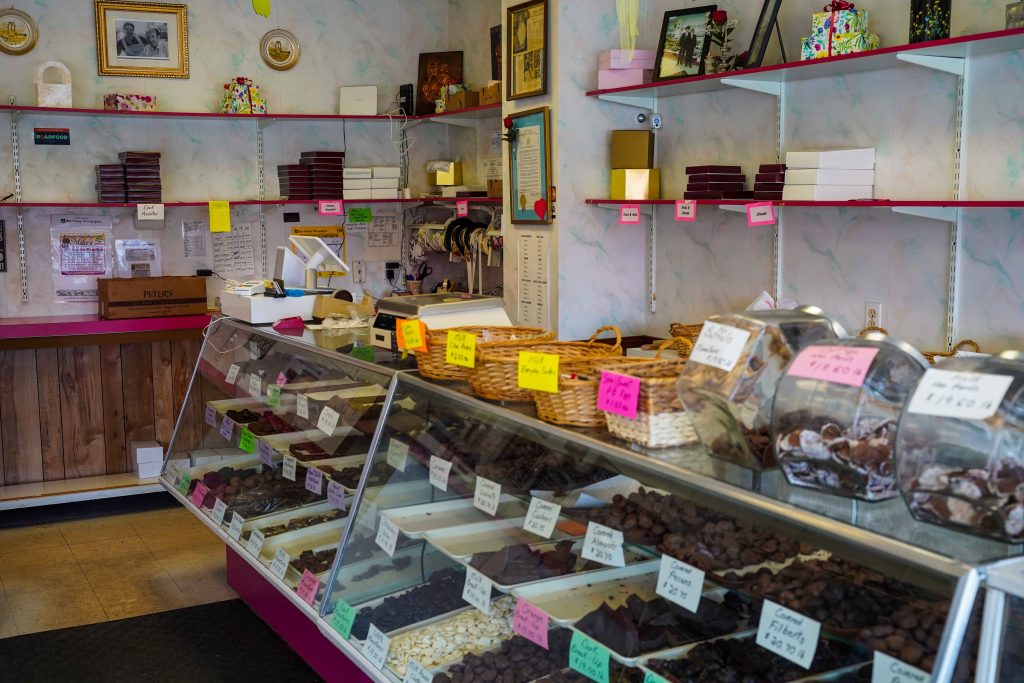 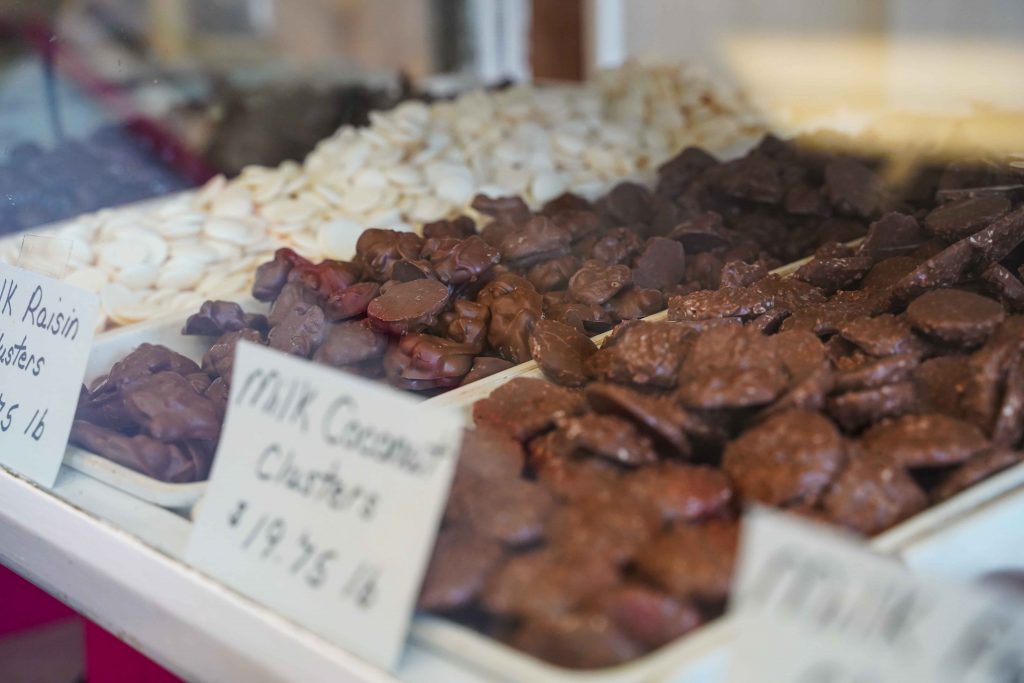 Sponge candy is made year-round at Mike’s Candies, however operations ramp up during the holidays, starting on National Sponge Candy Day (September 21). Suzi and her team make up to five batches of sponge candy per day during peak holiday season.

Of course you can find a wide array of non-sponge candy and chocolates at Mike’s. Some favorites are the Charlie Chaplin (homemade, fluffy marshmallow with coconut and cashew) and the Stolen Haven (homemade marshmallow blocks covered in milk chocolate and topped with chopped walnuts). 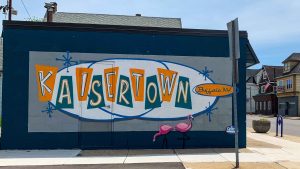 If you haven’t been to Mike’s Homemade Candies, the summer months are a perfect time to stop into this Kaisertown favorite, check out the shop and chat with Suzi. She’ll introduce you to what might possibly be some of the best chocolate you’ll ever taste.