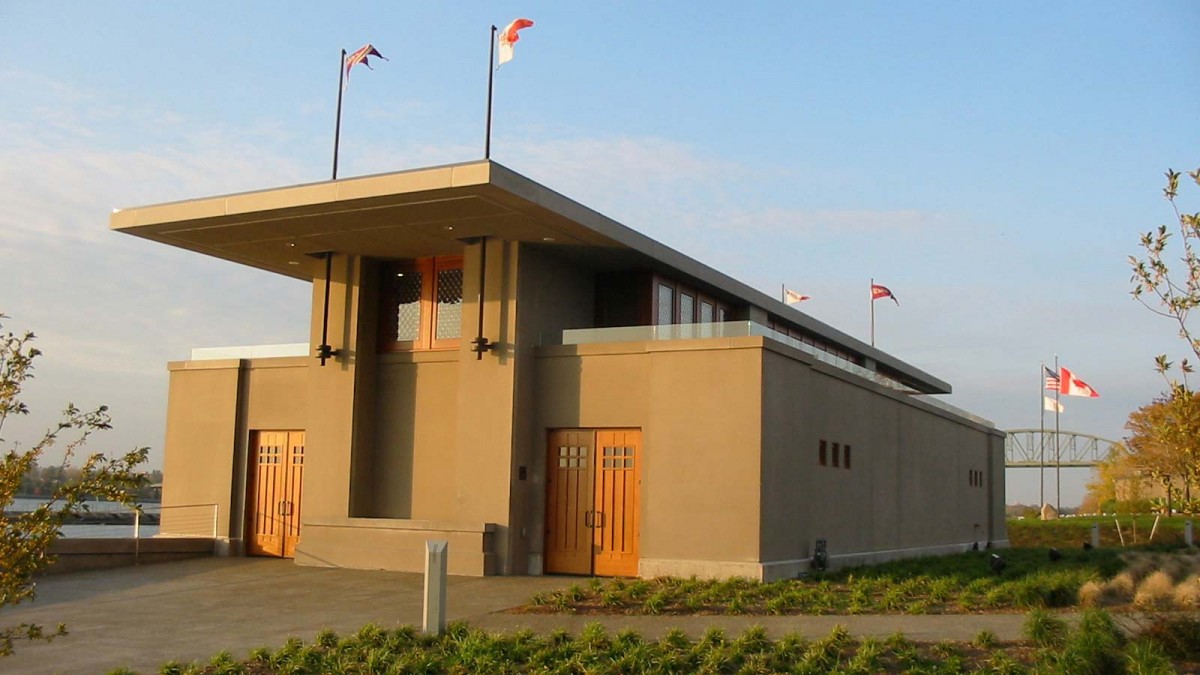 In 1910, at the age of 43, Frank Lloyd Wright traveled to Europe to present what would become his most renowned collection of structure illustrations—the Wasmuth Portfolio. One of these famous drawings was something Wright called “Boathouse for the University of Wisconsin Boat Club.” This design was a favorite of Wright’s and was considered one of his most significant projects that had never come to fruition.

Formed in 2000, Frank Lloyd Wright’s Rowing Boathouse Corporation acquired the rights to this classic Wright design and raised the capital needed to build it on a beautiful site overlooking Buffalo’s Black Rock Canal and the Niagara River. Faithful to Wright’s design, the first floor is used as a working boathouse, while the second floor features a clubroom, locker rooms, east and west facing balconies and diamond-paned windows.

Today, the Boathouse is operated both as an architectural tourist site and as a working boathouse by the West Side Rowing Club, one of the largest rowing clubs in the United States.