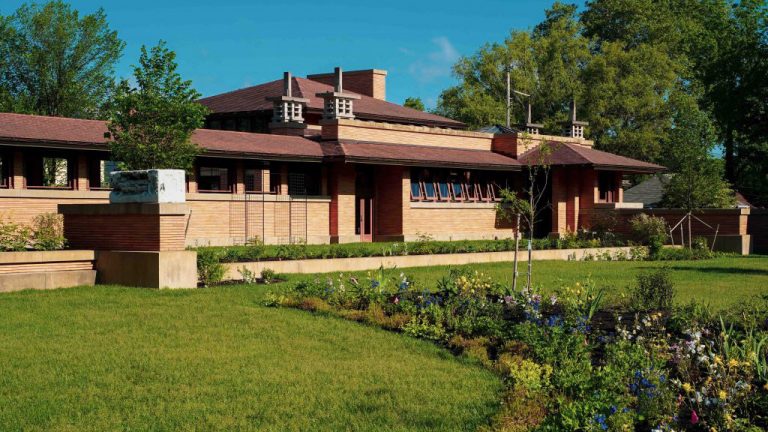 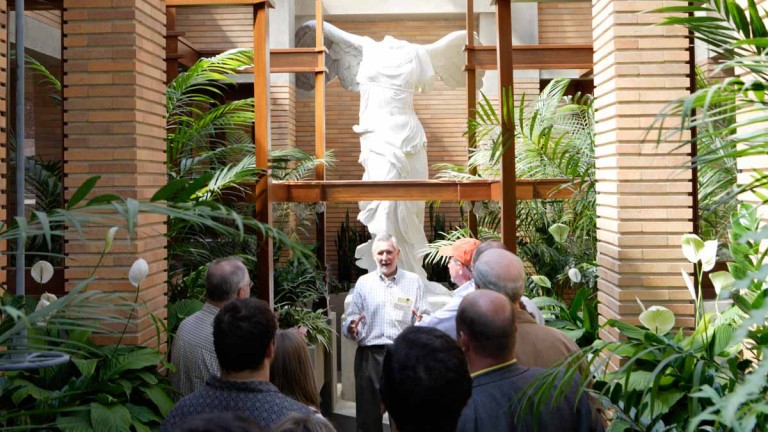 A video tour of Martin house

Conservatory with Nike of Samothrace sculpture

At the turn of the twentieth century, Buffalo businessman Darwin D. Martin was one of the highest paid executives in the United States. Determined to build a home that befitted his stature in the community, Martin encountered Frank Lloyd Wright while visiting his brother in Illinois. Thus began Frank Lloyd Wright’s “Buffalo Venture.”

The Martin House project gave Wright not only an opportunity to design a house, but a series of interrelated buildings on an expansive 1.5 acre campus. Located at 125 Jewett Parkway in the city’s Parkside neighborhood, the Darwin D. Martin House is the jewel in the crown of the complex. It is said that Wright had a virtually unlimited budget in designing the Martin House. The result is an enormous residential campus featuring 30,000 square feet of space designed with an open plan where almost every room looks out onto the gardens and trees on the property.

Considered by many architectural critics to be the finest example of Wright’s Prairie-style period, the main house contains eight bedrooms and a spacious living room that connects to the dining room and to an outside veranda. The interior is notable for its large central fireplaces and scores of Wright-designed art glass windows, including the famed “Tree of Life” design.

In addition to the main house, the complex includes the adjacent George Barton House (built for Martin’s sister and her husband), a conservatory, carriage house, pergola and Gardener’s Cottage. The multi-phase restoration of the Martin House was completed in 2019 and includes a new interpretive center designed by Toshiko Mori and a Wright-designed “floricycle” that blooms throughout Buffalo’s growing season. The Martin House was placed on the National Register of Historic Places in 1975 and was named a National Historic Landmark in 1986.