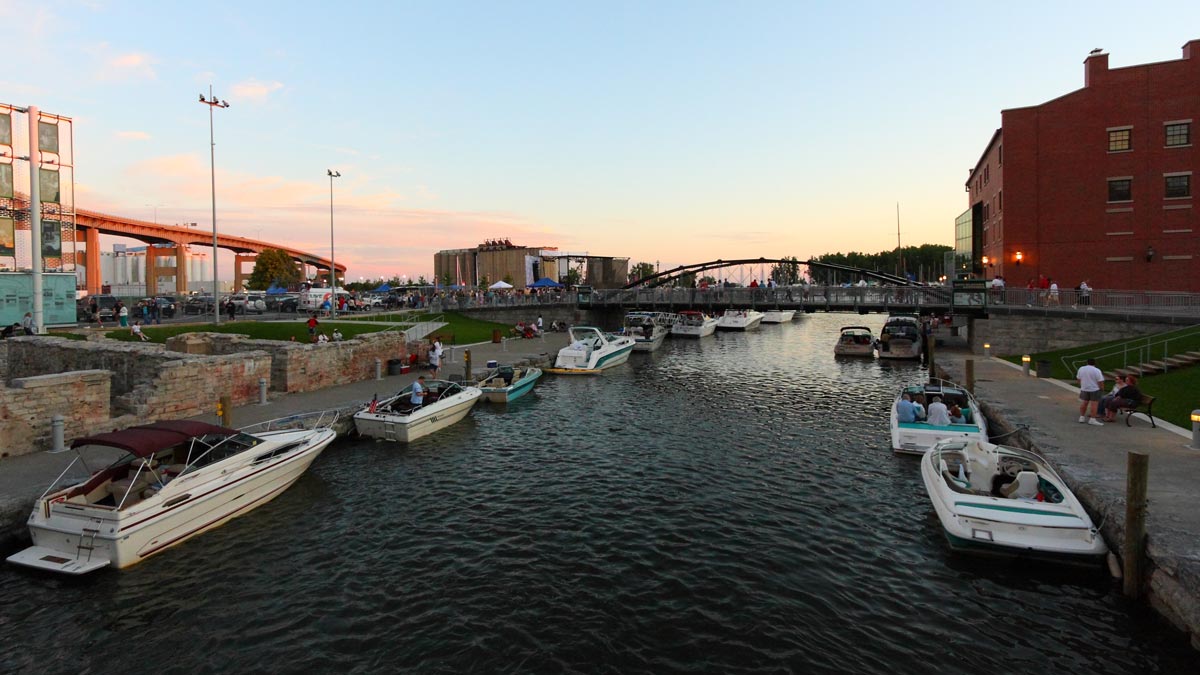 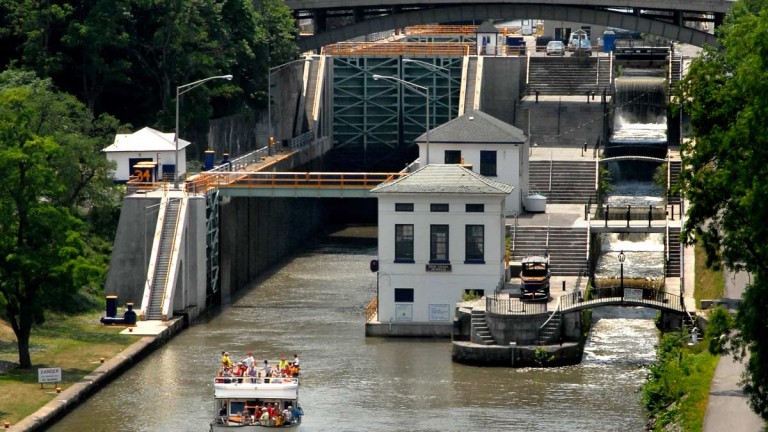 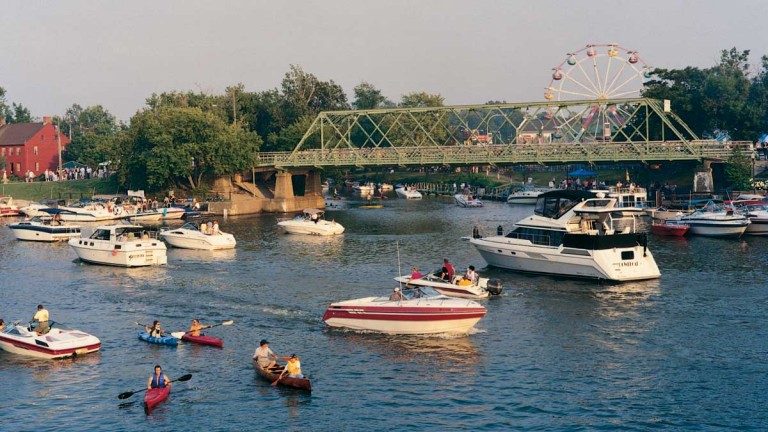 Flight of Five
locks in Lockport

When Mother Nature wouldn’t provide a waterway linking the Atlantic Coast to the west, we built one ourselves in the short handful of years between 1817 and 1825. Today the Erie Canal stands as an indelible symbol of the ingenuity and ambition of Americans.

Located at the western terminus of the canal and considered the “Gateway to the West,” the port city of Buffalo is both a testament to and beneficiary of the canal’s power. The endless traffic of Great Lakes ships, canal boats and railcars directly influenced our growth and prosperity, making our city an icon of culture, architecture and the arts.

Today, the newly revitalized Canalside district pays homage to that heritage, and is a popular gathering spot, hosting hundreds of events each year. Traveling up the canal, you’ll find Gateway Harbor Park in North Tonawanda, home to a summer concert series and the popular Canalfest. In the charming city of Lockport, named for the system of locks located there, cruise the canal on a Lockport Locks & Erie Canal Cruise and experience your boat being raised and lowered 50 feet along the intricate “Flight of Five” system of locks. Or, cruise it underground on a Lockport Cave tour and learn about the men who built it, while also admiring various geological formations. Or try biking along the length of it.

While Buffalo helped build the canal, the canal also helped build Buffalo. It is inextricably entwined with our city and no visit to the Queen City would be complete with a trip to our waterfront!