After Katie Jurkas, a Michigan-native, landed in Buffalo because of a work transfer, she fell in love with the sports-loving Buffalo Bills community of Western New York. When another work transfer led her to Long Beach, Calif., she began playing kickball in its Varsity Gay League and discovered something she would eventually launch to a surprise success: Buffalo Varsity Gay League.

In the four years since Jurkas returned to Buffalo, the league she started in 2018 with four kickball teams and 60 players quintupled in membership. Now there are more than 300 gay league players on 20 kickball teams, like Pink Taco, Scrambled Legs, Mixed Signals and Funky Monkey.

This September 17 and 18, there will be even more players in town: The Buffalo league will host its first Queen City Cup Kickball Tournament, a new championship for all skills, genders and sexualities. So far nine teams with about 100 members will visit from leagues in Rochester, New York City and Los Angeles.

“This is going to be awesome for Buffalo — to bring that kind of diversity from other places into the Buffalo area and show them what we’ve got here –,” said Jurkas, Buffalo Varsity Gay League general manager.

To her, the Varsity Gay League — varsitygayleague.com — is a convivial athletic alternative to the bar scene. The host organization, founded in 2007, is the first national sports league for LGBTQIA+ athletes and allies. There are 22 chapters from San Francisco and Austin to Memphis and Phoenix. League teams play games of all kinds, including dodgeball, tennis, soccer, volleyball, bowling, beer olympics and video games.

For a mid-sized region, the Buffalo-area has a surprisingly strong crew, said Jurkas. “The LGBT community in Buffalo is larger than one might think,” she said.

The Buffalo Varsity Gay League has also amassed devoted fans. Families and friends come to watch, and celebrate, the kickball teams at Sheridan Park in Tonawanda, a northern Buffalo suburb. “The other day one of the teams, one of our friends, had a birthday and we did a cake at the field and her family all came,” Jurkas said.

The list of other Buffalo league sports includes softball, dodgeball, bowling, darts and cornhole. Soon, Jurkas expects to add volleyball. “Part of what I love is bringing people together,” she said. “When I see people becoming friends and I see these new people join a league and meeting people, it’s just very gratifying. That is why I do this.”

“They’ll be coming here for their tournament, but they’ll also be experiencing our community and the restaurants, the nightlife, our cultural attractions, our waterfront,” he said. “It goes back to why we are the ‘City of Good Neighbors’ … Local teams are excited to welcome their counterparts from across the country to Buffalo. They get to showcase why they love Buffalo and why they choose Buffalo to live, work and play.”

Buffalo’s passion for sports is one of the reasons Jurkas, a health insurance investigator, moved back to the city. “Buffalo has that sense of home feeling for me,” she said. “I also fell in love with the Buffalo Bills… Bills fans are something special. They’ve always got the back of the team, win or lose.”

The Buffalo Varsity Gay League’s swift rise has been a thrill. “It’s almost like a disbelief thing that it has grown to the way it is,” Jurkas said. “I couldn’t be more proud of what happened in Buffalo.”

If you’re in town for the tournament, Jurkas’ Buffalo ‘See and Do’ Highlights include:

• Tournament games will be played at Sheridan Park on Sheridan Drive in Tonawanda, a northern Buffalo suburb. For details check the listings at varsitygayleague.com/buffalo

• The Elmwood Village, a leafy Buffalo neighborhood with well-tended Victorian homes, will be the heart of tournament gatherings, which will include a party at the Thin Man Brewery at 492 Elmwood Ave.

• While you’re in the neighborhood, check out the Burchfield Penney Art Center, at 1300 Elmwood, which features art by artists with local connections and the largest collection of works by Charles Burchfield, known for his inventive, fantastic depictions of nature.

• Across the street from the Burchfield, Buffalo’s famous modern art museum is being expanded and updated. Come back next spring to take in the views at the new, sparkling glass atrium and design by Shohei Shigematsu and the paintings and sculpture of the reopened Buffalo AKG Art Museum.

• The Buffalo Bisons minor league baseball games in the open-air stadium are a window into the city’s sports culture.

• On the first Friday of the month, catch the Damsel ‘N’ Disdress drag show at Buffalo’s Underground Nightclub at 274 Delaware Ave.

• When in Niagara Falls, don rain gear, soak up the glory of the roaring water for a memorably wet Cave of the Winds walk.

• Don’t miss the city’s waterfront: The districts developing around the old Erie Canal include Canalside with a walking path to a lookout tower and eateries. Look south toward the grain silos and find Buffalo RiverWorks’ beer garden and zipline.

• Take a Buffalo Tiki Tour through the city’s inner harbor and sip an ice-cold beer while sightseeing from a floating grass-hut bar.

“There’s so many things to do here,” said Jurkas. “Buffalo is one of these hidden cities that no one really knows about until they come here and fall in love with it.” 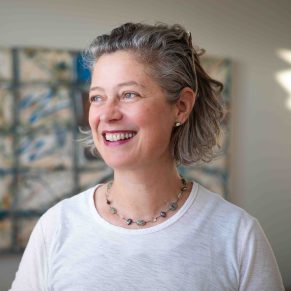 As a former Buffalo News Reporter, teacher & member of a university communications team, I love sharing stories about Buffalo & the unexpected people, places & happenings here. It is a thrill to make new discoveries, and take in the city - & the Cheerios air! - as VBN's new communications manager.