Michael Stern has traveled the backroads of the United States since the early 1970s in search of unique regional specialties that make our country’s culinary scene so mouthwateringly rich and varied. In the award-winning series of “Roadfood” books, Stern and his former wife, Jane, discovered and documented the best of American roadside dining. Stern has literally eaten his way across the U.S.A. and lived to tell the tale. Among his observations: Buffalo has one of the truly distinctive food cultures in the United States and sits “at the top of the hot dog world.” We recently caught up with him via email and asked him what made Buffalo’s hot dog scene so special. 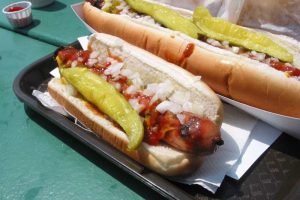 Visit Buffalo Niagara: Where do hot dogs stand in the pantheon of American foods?

Michael Stern: Hot dogs have a unique place in the pantheon of American foods because unlike other national icons, such as hamburgers or apple pie, there is absolutely no agreement whatsoever on what a good one is – what it’s made of, how it should be cooked, dressed, and bunned. The regional differences are incredibly diverse, and what makes it so much fun is that most champions of each regional style disdain all other regional styles!

VBN: In “Eat Your Way Across the USA” you stated that no region of the country does frankfurters better than Western New York; in a country that’s mad about hot dogs, that’s a pretty bold claim. What makes Western New York such a great place for hot dogs?

MS: What puts Buffalo at the top of the hot dog world in America is that Buffalonians are so passionate about them, really care that they are cooked and served right. Furthermore, there is a very specific way they are cooked – charbroiled. (Chicagoans will argue this point and contend that they are No. 1.) Another factor in Buffalo being so significant is that all of upstate New York is known for interesting hot dogs, such as white hots, the Garbage Plate of Rochester, etc. and Buffalo is its epicenter. 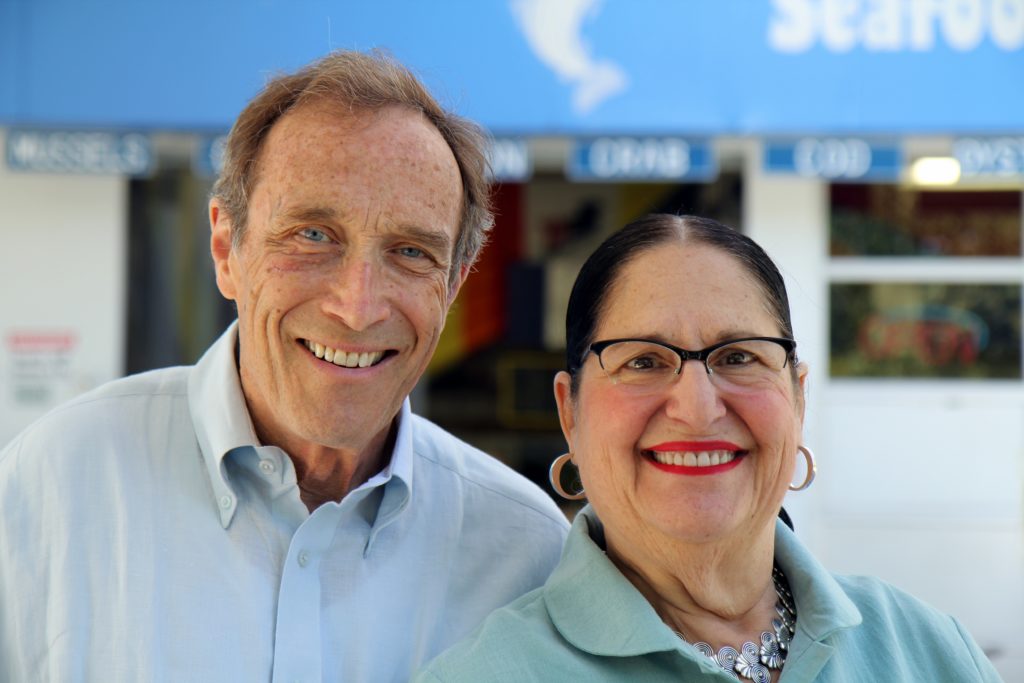 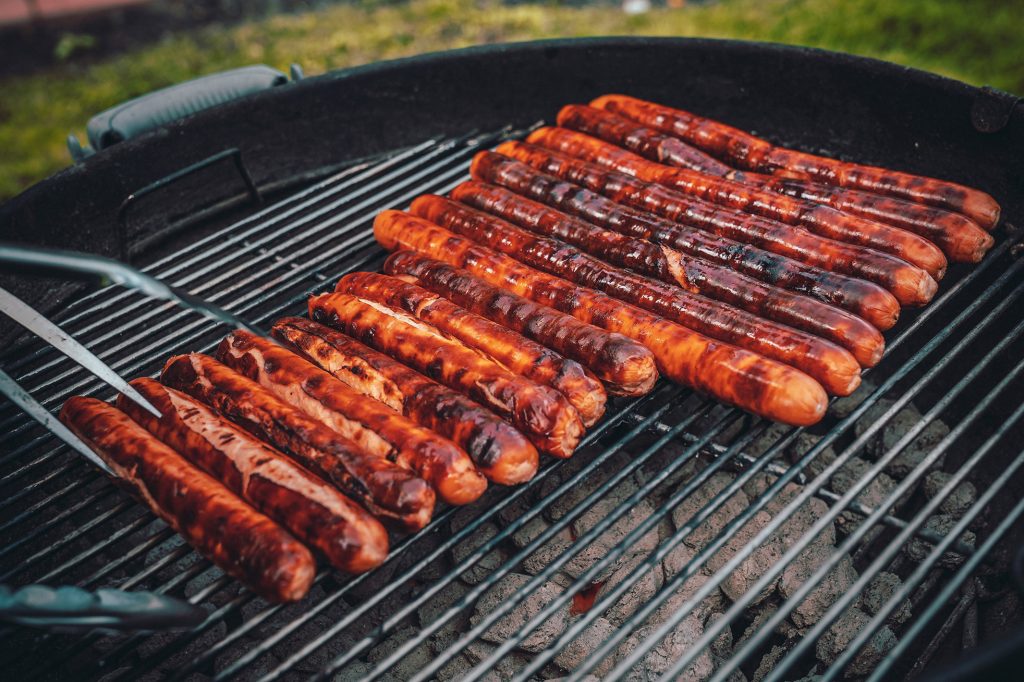 VBN: Buffalo is known for charbroiled hot dogs cooked over open charcoal fires. Other cities boil their hot dogs or warm them on rollers; is the fact that Buffalo dogs are charbroiled the key thing that distinguishes them from other regions’ offerings?

MS: Yes, I would say that charbroiling is the one thing that distinguishes Buffalo hot dogs. You can get charbroiled elsewhere, but rolling them on the grill and abusing them with fork or spatula is an art in Buffalo like nowhere else.

VBN: What about toppings? Many people say never put ketchup on a hot dog, like it’s a religious edict. What is your preferred hot dog garnishment?

MS: I originally am from Chicago, so I grew up believing that ketchup on a hot dog was blasphemy. But as I’ve traveled around the country, I have learned to like hot dogs with mustard AND ketchup (and onions) that are so popular in the South.

VBN: For many Buffalonians the pleasure of eating a hot dog is tied very closely to the ambience found at traditional roadside stands like Taffy’s, Old Man River, Connor’s and Ted’s. How important is the setting to savoring a hot dog on a summer day?

MS: Ambience is hugely important to hot dog enjoyment. Imagine eating one with utensils off fine china in a romantically lit restaurant! How wrong that would be!! Hot dogs are by definition casual food, relatively inexpensive, eaten in the least formal circumstances. 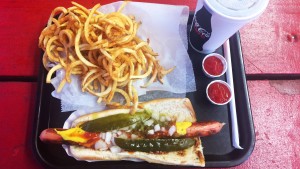 VBN: How significant are sides? Ted’s is known for its curly fries and fresh cut onion rings. Taffy’s for its milkshakes. Do sides help make the meal?

MS: Side dishes are significant to the hot-dog eating experience, but in my opinion they are a second-tier concern. Of course, curly fries, good onion rings, and milk shakes are wonderful add-ons, as is Loganberry drink, which I never even heard of until I started eating my way around Buffalo!

MS: Wings are tavern food, eaten sitting down. Hot dogs are summer picnic food that can be eaten standing, sitting, lounging – in a casual restaurant, on a tailgate, at the beach. Not that people of every age don’t enjoy wings, but I think of wings more as adult food, whereas hot dogs are more family food. More fun! (Also, hot dogs are much friendlier to the home cook, since grilling is a skill most people have, whereas deep-frying requires somewhat more commitment and skill.)