Buffalo is a town that loves its traditions. Particularly when it comes to food. Charbroiled hot dogs. Fish fry. Beef on weck. Wings. Given our devotion to our region’s classic dishes it should come as no surprise that there are several restaurants that have been around for more than one hundred years. Here’s a salute to the exclusive Century Club – maybe the toughest club to get into in all of Buffalo. All it takes is patience, persistence and satisfying customers year in and year out through good times and bad – and that special something that keeps them coming back. Here are six legendary restaurants that have stood the test of time. 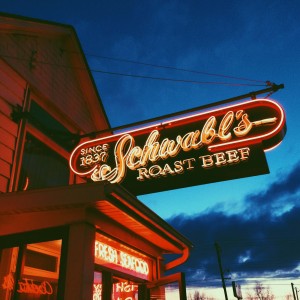 Six generations of Schwabls ran this Buffalo institution before passing their aprons to Cheryl and Gene Staychock in the early 2000s. Founded in 1837, Schwabl’s is acclaimed for its beef on weck sandwiches, thinly cut roast beef served on a Kaiser roll embellished with coarse salt and caraway seeds. Widely recognized as one of the great American sandwiches, it is dipped in au jous and garnished with horseradish and typically served with a side of German potato salad. Add a dill pickle and a cold beer and you have a recipe for bliss.

Located in the nearby hamlet of Ebenezer, Schwabl’s has been housed in the same modest white clapboard building since 1942. Tradition, consistency and doing one thing – roast beef — and doing it very well make Schwabl’s a special dining experience. 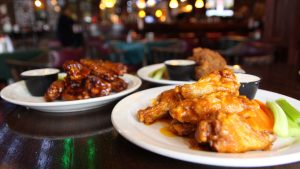 Originally a stage coach stop on the road between Buffalo and Rochester, the Glen Park Tavern has been an institution in the village of Williamsville since 1887. Some 130 years later, the tavern – under the ownership of the Grenauer family since the late 1990s – remains a beloved local landmark. The original wooden bar, wood-hewn ceiling and photos of 19th century Williamsville on the walls remind customers of the tavern’s rich history.

The tavern prides itself on quality ingredients, including Jumbo wings that are some of the largest on the Buffalo Wing Trail, and an especially creamy blue cheese dressing made from scratch. Nearly two thirds of the staff have worked there for over 20 years and meet regularly to review the menu and food. Locals swear by the Glen Park’s Sicilian wing, which is covered in Parmesan cheese, garlic, basil and oregano. 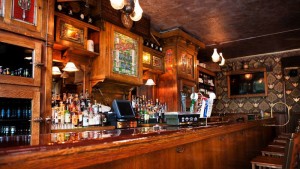 These are the stories still swapped to this day at this historically German tavern on the northern edge of downtown. Wooden floors and vintage 1875 ceiling lamps greet customers walking in. Relics from throughout Ulrich’s history surround the mahogany bar, from the stained-glass windows behind the counter advertising Buffalo’s Iroquois Beer Co. to a spittoon for chewing customers. Bratwurst, Wiener schnitzel and German potato salad are still on the menu, and jars of pickled eggs and sausages line the shelf. 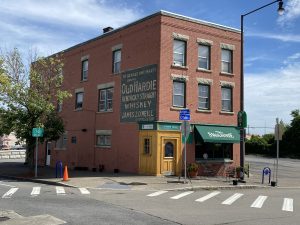 Established in 1886 and housed in a building at the corner of Michigan Avenue and Ohio Street in the City’s Old First Ward, the Swannie House features prominently in the tales told of Buffalo’s glory days as one of the largest ports in the world. Ship captains and seamen rented rooms on the building’s upper floors and stevedores, grain scoopers and sailors of all ranks could be found at its bar before and after their shifts on the docks – a shot and a beer workingman’s tavern.

Today, the Swannie House is an anchor of Buffalo’s waterfront revival –a place to grab a beer before a Sabres game at KeyBank Center, after a bike ride along the Shoreline Trail or to sample the Friday Night Fish Fry that’s considered one of the best in Buffalo. 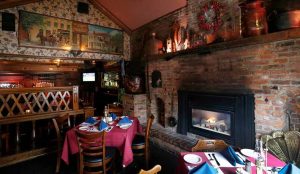 The Eagle House, or Eagle Hotel as it was originally known, boasts of having the longest continuously held liquor license in New York State. It dates from 1827 when Buffalo was barely more than a frontier town – and not yet even incorporated as a city — and Williamsville was a “one-horse town” stagecoach stop on the road to Rochester. The Conestoga Wagon line, along with two passenger coach lines, carried freight to and from Buffalo and made the Eagle House a regular stop on an increasingly busy route as Western New York began to boom. It’s also reputed to have been a stop on the Underground Railroad. Tunnels beneath Main Street may have given runaway slaves safe haven as they made their way to freedom in Canada.

Today, this “famous stopping place and watering hole” is run by the Hanny Family, a restaurant and hospitality industry family whose legacy goes back five generations to Hanny’s on Canal Street in Buffalo. The Hanny’s strive to maintain the historic character and authentic feel of the Eagle House. It’s the perfect place for burgers and bar food with a side of history. 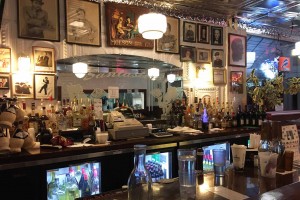 Buffalo has some legendary red sauce joints, but no one has been doing it longer – or, arguably, better – than Santasiero’s. This West Side institution on Niagara Street will celebrate its 100th anniversary in January 2021. Think of the gallons of sauce, the mountains of meatballs, the plates of pasta that would stretch to Italy and back and you’ll get some sense of what 100 years of home-cooked Italian looks like.

Santasiero’s hasn’t changed much over the course of its long history – not its menu or décor, but that’s part of its charm. It’s a throwback to a simpler time when menus were short and straightforward and dishes didn’t need explanation. As a recent reviewer said, “If you weren’t lucky enough to have an Italian grandmother, then Santasiero’s is a good substitute.”