Buffalonians have it easy. Some of America’s greatest game day foods, our legendary pizza and chicken wings, are just a phone call away and a short drive for pickup or a nominal delivery fee.

In the eight years I lived away from home, I would have done anything on a Bills game day to sink my teeth into a hot slice of the Bob & John’s La Hacienda  pepperoni pizza I had every Friday night growing up! Thankfully, a growing number of the city’s pizza and wing joints are now taking orders from far and wide and shipping Buffalo’s famous exports across the country. Here are eight to try for Super Bowl Sunday; check each website for delivery deadlines to make sure your favorite food arrives in time for the game! 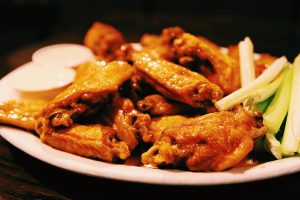 Sometimes, only the original will do. The birthplace of the Buffalo-style wing ships anywhere in the continental U.S. (Mild, Medium, Hotter, Suicidal and BBQ) with all the wing fix-ins. 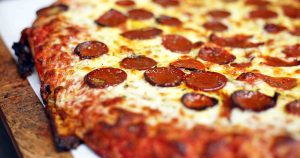 This pizzeria has become a Buffalo favorite over the last 70+ years and delivers 17 varieties of pizza across the country as well as buckets of wings. 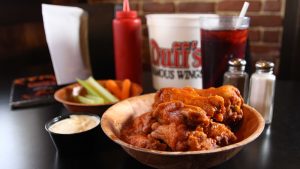 The wings the Daily Meal called America’s Best & USATODAY.com named one of America’s best regional foods would be a huge hit at your Bills game party. Overnight Shipping is included in the cost for the wings (mild, medium, hot or char-BQ) which can be delivered in the lower 48 and as far away as Alaska. (Celery, carrots and bleu cheese included!) 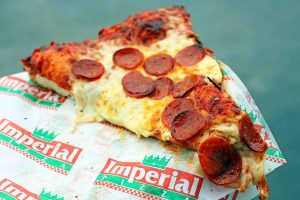 No exaggeration, a single slice of Imperial’s thick, bubbly, doughy, cheesy pizza weighs about a pound! So feed the entire extended family when you order Imperial Pizza from anywhere in the US. 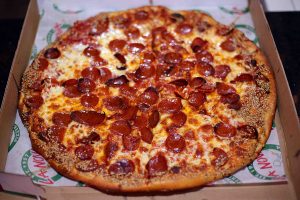 This storied West Side institution ships over one dozen varieties of pizza and several types of wings (including their world-famous BBQ) anywhere nationwide overnight. 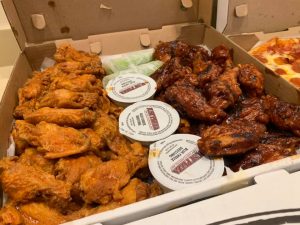 This local pizza chain known for 75 varieties of its pie also sends their product overnight throughout the U.S. 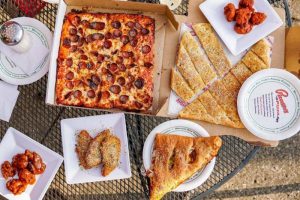 The pizzeria known for their crispy, well-done square pies and “magic dust” offers all of their pizzas and extra goodies for nationwide shipping through the online service, Goldbelly.