Temple Beth Zion’s soaring façade and colorful stained glass are an iconic presence on Delaware Avenue, just north of downtown Buffalo. The temple complex, designed by modernist architect Max Abramovitz with art glass windows by artist Ben Shahn, is one of the spiritual homes of Buffalo’s Jewish population. Its historic and architectural significance extends beyond Buffalo: Because of its iconic marriage of modernism and religious tradition, the National Museum of American Jewish History selected Temple Beth Zion as one of 13 synagogues to feature in a film exploring the postwar role of synagogues. 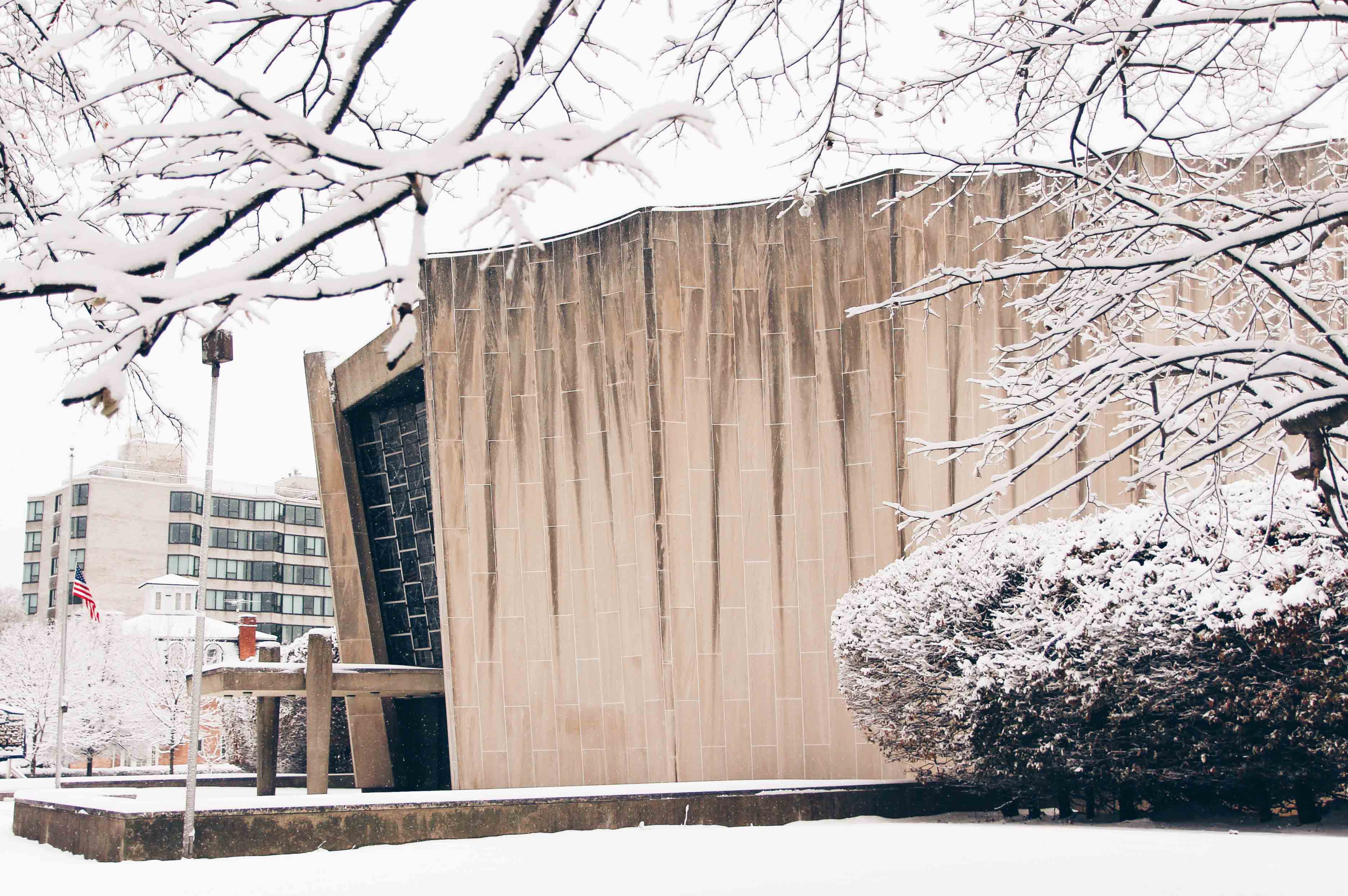 Planning for the synagogue began after the congregation’s former temple burned in 1961. (The Reform Jewish congregation, one of Buffalo’s oldest, has been in continual existence since 1850.)

Construction on the Abramovitz design began in 1965, and after its official dedication in 1967, it immediately became a prominent landmark; its scalloped external walls—of concrete and Alabama limestone—rise to heights ranging from 45 to 62 feet. The ten sections on each side, symbolizing the Ten Commandments, are angled, representing arms outstretched in prayer. 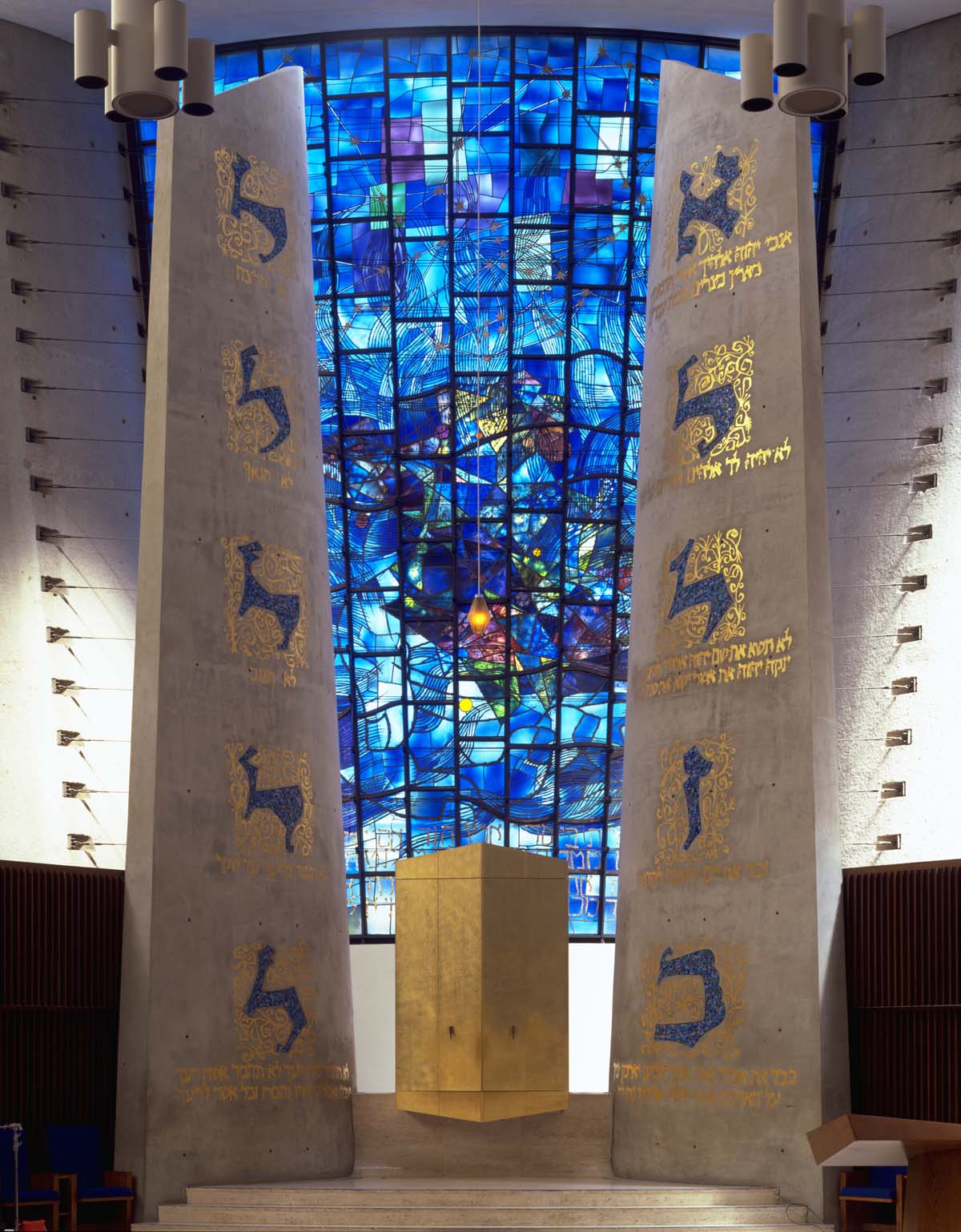 Because it is constructed in the round, the building has no traditional “cornerstone.” Instead, the cornerstone from the previous building has a place of honor inside, near the sanctuary ark.

One of the most striking elements of the building is Shahn’s art glass windows. Abramovitz selected Shahn to create the large-scale glass window walls, feeling that something special was needed to complete the project.

The huge windows depict symbolic scenes with spiritual messages and ideas, such as creation, suffering and praise for God. They are also meant to be meditative when seen from the inside, sending washes of shimmering color in the sanctuary area where services are held. 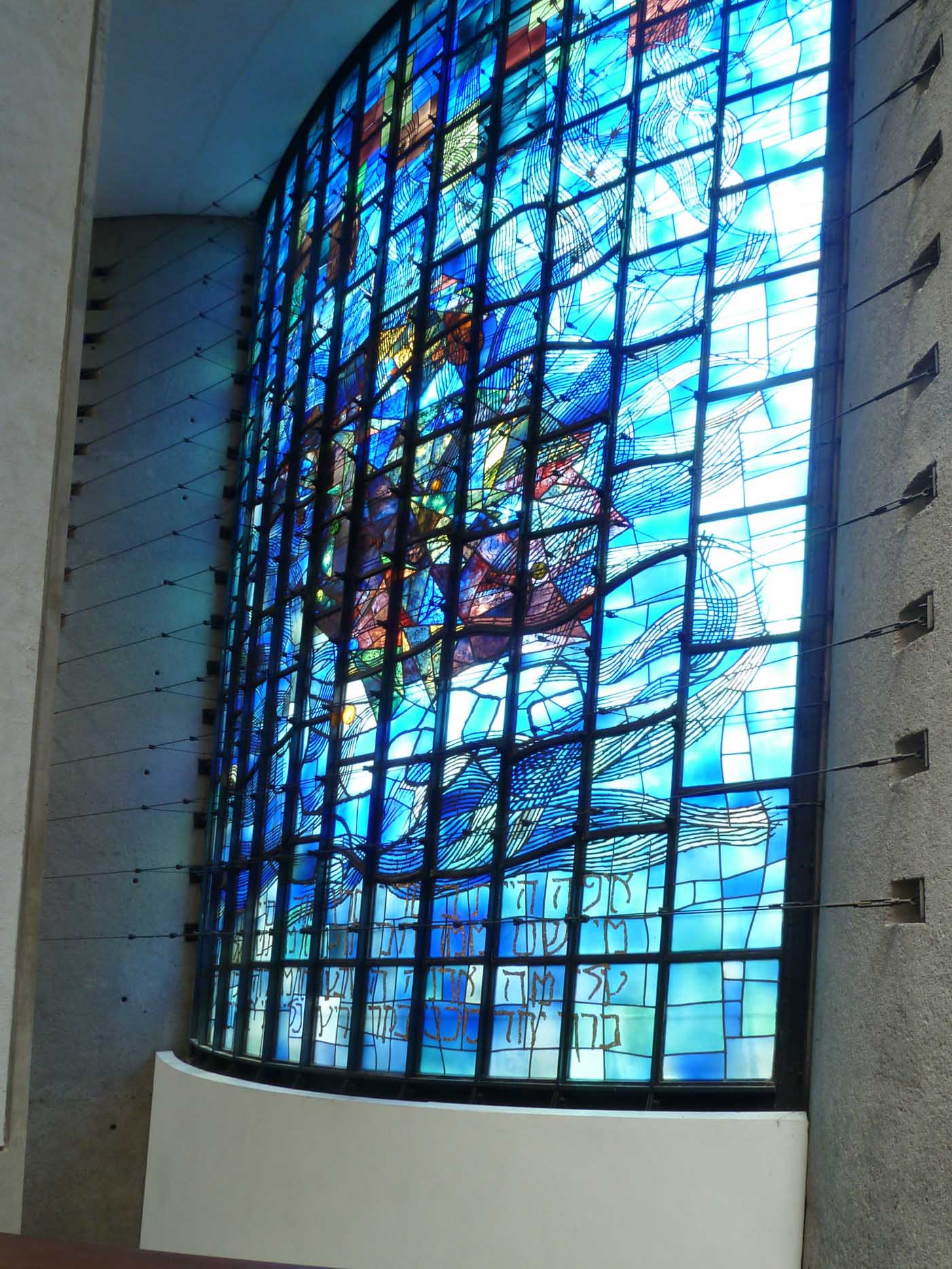 The building has recently been submitted for consideration to be included on the National Register of Historic Places. In the submission, Francis R. Kowsky, professor emeritus and architectural historian wrote: “This collaboration between a major American architect and major American painter underscores the vision of the building as an expressive, immersive work of art.”