While any first trip to Buffalo calls for wings at the Anchor Bar, watching a sunset down at Canalside or a quick jaunt to see the power of Niagara Falls, repeat visitors, or those looking to live like a local, will be on the hunt for experiences and places off the beaten path. Luckily, with deep roots in American history, legendary architecture, a diverse food culture, and creative residents with immeasurable amounts of civic pride, finding those experiences isn’t that difficult. You just have to know where to look.

Hosted by city planner and die-hard Buffalonian Chris Hawley, Atlas Obscura, the outlet dedicated to seeking out “curious and wondrous travel destinations”, spent three days discovering the unexpected Buffalo. This recent feature, How a City Planner Spends 3 Days in Resurgent Buffalo, outlines their journey to find the city beneath the surface. 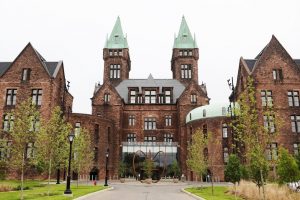 “[Buffalo’s] story involves an explosion of art, hand-built bars hidden among former industrial hubs, and a wave of immigrants and refugees bringing new blood to neglected neighborhoods. Basically, it’s a world away from the tired old perception that the city ‘isn’t worth much beyond chicken wings, the Buffalo Bills, and snow,'” Altas Obscura writes.

To see where they went, you can read the entire feature on the Atlas Obscura site here: How a City Planner Spends 3 Days in Resurgent Buffalo