Halal is a word most of us have seen, either on a market sign or a restaurant menu, especially with Halal businesses growing quickly in Buffalo. However, not everyone knows how to define Halal food fully. Halal in its most basic definition is a Muslim word meaning permissible and Halal practices are based around whether the food is prepared in accordance to Islamic law.

Halal is often connected to whether the animals used for meat consumption have been butchered in a way that is acceptable by Muslim faith. The butchering ritual is known as Zibah or Zabihah and includes many steps such as using a sharpened knife, killing the animal with one slice to the neck, and draining all the blood from the animal before it is consumed. Most Halal preparations look to reduce the suffering of the animal butchered. In addition to a quick kill, the animal must be given food and water before the slaughter and the animal should not see any other animal slaughtered or the knife sharpening before its own slaughtering. Halal foods also exclude ingredients that are unnatural such as gelatin, enzymes, emulsifies, as well as alcohol which is forbidden in the Muslim faith.

Halal is an old tradition, dating back to the beginning of the Koran but it is very prevalent in our community and among those of Muslim faith. Halal markets such as Appletree Halal Market are fundamental to our Islamic community. They serve as a place where people can go to get food staples that are in line with their faith. As our Muslim populations increase in Buffalo, so do our Halal markets, but Halal meat can be enjoyed by anyone looking for more cleanly butchered meat.

The Halal restaurant options in Buffalo are also rapidly expanding and they cross multiple ethnicities of dining! Many Middle Eastern places like Buffalo Halal Kabab & Grill, The Halal Guys, and Pita Gourmet are serving Halal favorites such as chicken and beef shawarma. Also, Ethiopian restaurants like Fast N Tasty offer Halal as well as Clay Handi, a Pakistani restaurant, and Indian restaurants like Spices of India and even a fast food take on Indian, Naan-Tastic all offer Halal options!

If you would like to learn more about Halal check out these two informational links:

• Halal Food Authority – Definition of Halal
• Islamic Council of Victoria – What is Halal? A Guide for Non-Muslims

And here’s just a sampling of restaurants and markets that offer Halal options! 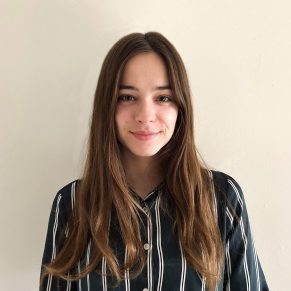 Angelica Whitehorne is the Development Assistant for the International Institute of Buffalo.