With fall foliage at its peak in the city, there may be no better time  to explore the beautiful landscaped grounds of the city’s largest cemetery, Forest Lawn. Founded in 1849, the bucolic 269-acre grounds are an oasis for exploring Buffalo’s past and learning about individuals whose impact extends well beyond the city limits. A stroll through the cemetery takes visitors through hills, valleys, lakes and bridges. Statues, sculptures and fountains adorn the pathways. And at the heart of the grounds, there are endless stories from its permanent residents.

Forest Lawn’s most famous residents include artists, inventors, captains of industry and a U.S. president. Here are nine examples: 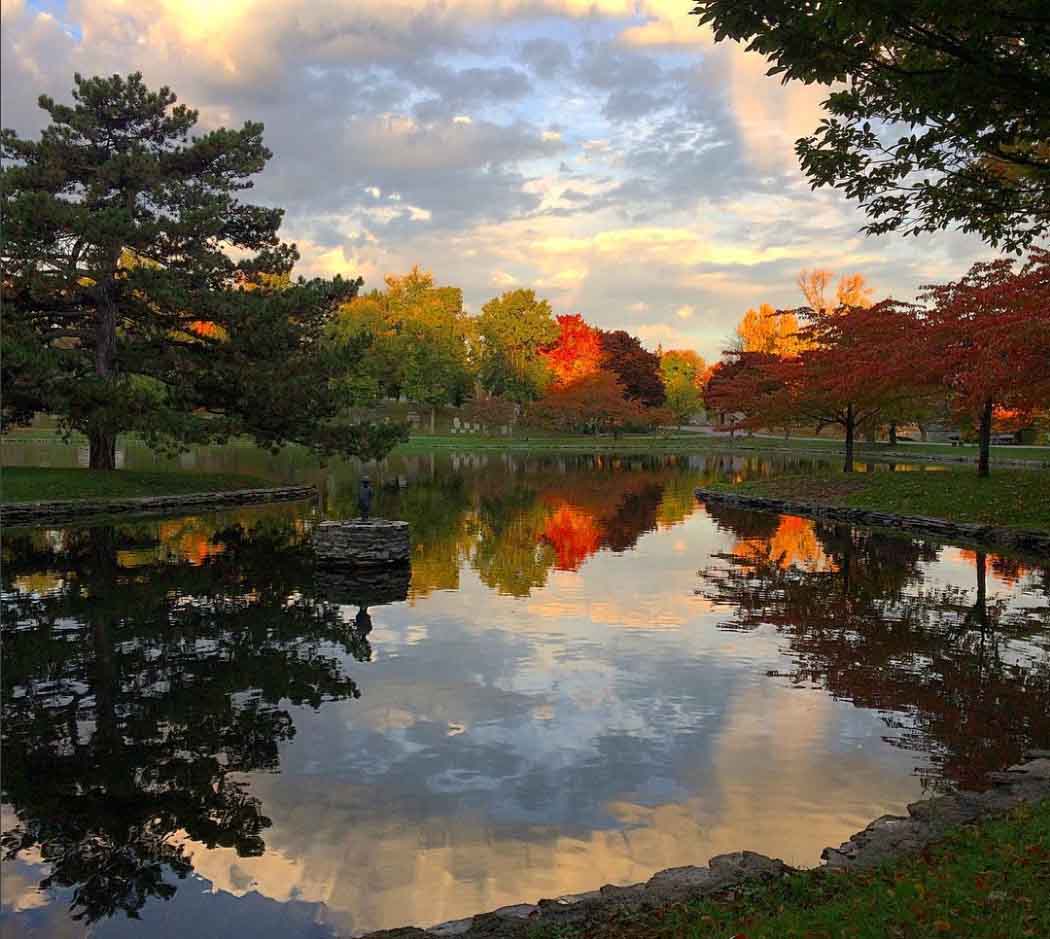 Millard Fillmore, 13th President of the United States
Among Forest Lawn’s most famous residents, President Millard Fillmore was also one of Buffalo’s most distinguished citizens. His regional accomplishments included founding the University at Buffalo (serving as the university’s first chancellor), helping to found the Buffalo Historical Society and Buffalo General Hospital, and developing Buffalo’s city charter.  He also holds the dubious distinction of having no vice president during his time in the White House.

Shirley Chisolm, United States Congresswoman, Educator, Author
Fighting Shirley Chisholm was the first African American woman elected to Congress in 1968, even winning re-election in 1970 before making a bid for the presidential seat in 1972. Although she did not win the election, Chisholm received an impressive 151 delegates. Posthumously in 2015, Chisholm was awarded the highest civilian honor, presented to individuals who have made especially meritorious contributions to the security or national interests of the United States – the Presidential Medal of Freedom.

Rick James, Grammy Award-Winning Musician, Funkmaster
Not to be outdone by a U.S. president, Buffalo native son James Ambrose Johnson, Jr. (better known as Rick James) rose to fame as a Grammy Award-winning singer, songwriter and R&B and funk musician. As written previously, the city boasts a robust music scene. James isn’t Bob Dylan. But without him, we wouldn’t have “Super Freak.” And we almost certainly wouldn’t have the Hammer dance. That, in itself, would be devastating. 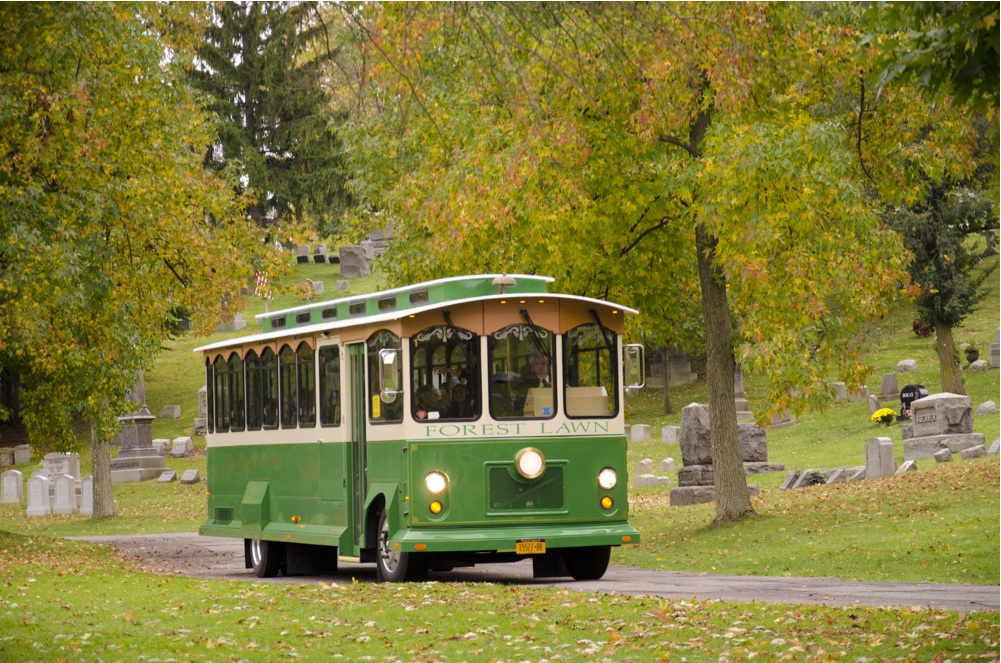 Willis Haviland Carrier, Father of Modern Air Conditioning
Everyone living in a temperate or seasonal climate owes Willis Haviland Carrier their gratitude. During his time at the Buffalo Forge Company, Carrier was tasked with developing a solution that would control the temperature in a Brooklyn, NY printing plant. His invention is today recognized as the first modern air conditioning system – a technology that later earned him induction into the National Inventors Hall of Fame and recognition as one of TIME magazine’s “100 Most Influential People of the 20th Century.”

Dr. Frederick Cook, North Pole Discoverer*
Speaking of the cold, Dr. Frederick Cook was an American explorer, physician and ethnographer credited with reaching the North Pole on April 21, 1908. His claim to have discovered the location was disputed by explorer Robert Peary who cited the same feat on April 6, 1909. The verdict today remains debatable, but it makes a good story.
*Potentially 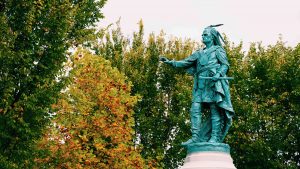 Red Jacket (Sagoyewatha), Native American Seneca orator and chief of the Wolf clan
Following the end of the American Revolutionary War, Red Jacket was a key negotiator in helping the Seneca nation secure territory within New York State. After a trip to Philadelphia, in which he led a delegation of 50 individuals, Red Jacket was presented the “peace medal” by our first President, George Washington. Sagoyewatha’s speech to the US Senate, “Religion for the White Man and the Red” is considered to be a prime example of his oratorical skill.

Kathleen Howard, Opera Singer, Actress, Magazine Editor
A Canadian citizen, Howard spent her childhood years in Buffalo. She created the role of Zita in Giacomo Puccini’s Gianni Schicchi at the Metropolitan Opera in 1918 and was also memorable as Amelia, the wife of W.C. Fields in the film It’s a Gift. She appeared in two other films of W.C. Fields – You’re Telling Me! and Man on the Flying Trapeze. She told of her life as an opera singer in an autobiography, Confessions of an Opera Singer.

Dr. Roswell Park, Neurosurgeon and Medical Pioneer
A Chicago native, Dr. Park traveled to Buffalo in 1883 to become chief surgeon at Buffalo General Hospital and professor of surgery at the University at Buffalo Medical School. Dr. Park is perhaps best known for establishing what is today known as the Roswell Park Cancer Institute – the first cancer research center in the world – that ranks among the nation’s best. 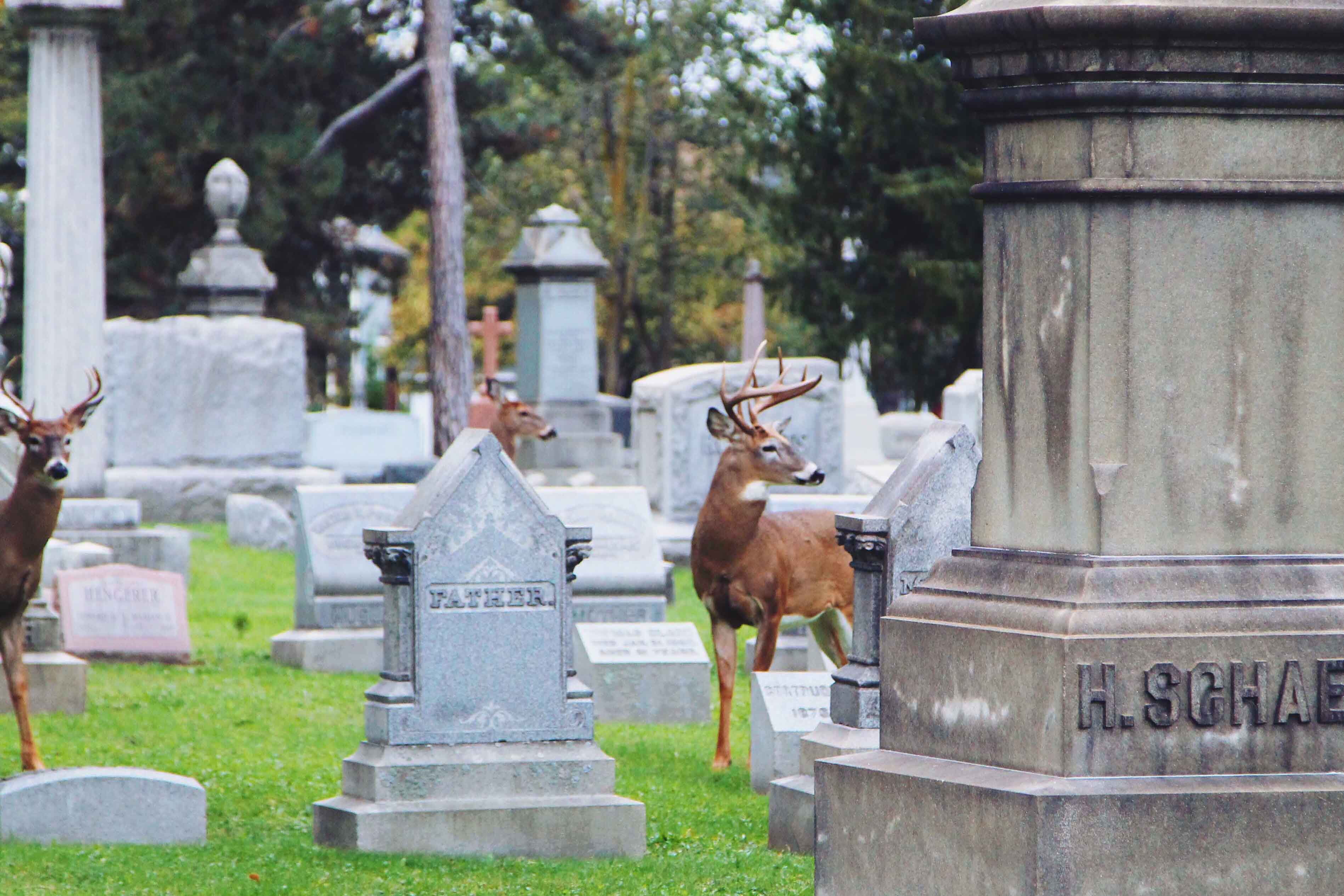 Honorable Mention: Deer
It won’t be found in any history archive or tourist map. However, a family of deer also calls Forest Lawn its home.  Cemetery patrons can find these woodland companions gently grazing or trotting across the grounds of Forest Lawn without heed to visiting hours or groundskeepers. They are known to make friends and, if treated with quiet courtesy and respect, may be willing to oblige a photograph.

Jon Tashjian is PR & Communications Director for 19 IDEAS, a full-service communications agency on Buffalo's West Side. A Bostonian-turned-Buffalonian, he is a musician and storyteller with a penchant for turning life up to 11.