Once powerhouses of Buffalo’s industrial prowess, the grain elevators that stretch toward the sky are finding new life in fun and exciting ways. Whether you’re looking to enjoy a relaxing evening or seeking adventure, there are several fantastic ways to explore Buffalo’s grain elevators. So grab your paddle, your favorite walking shoes or even a beer and head down to Elevator Alley:

By Land
At the heart of Buffalo’s industrial district lies Silo City. Under the supervision and care of a local businessman, this once neglected area is being used to house artwork, host live performances and events and serves as a backdrop for historical tours. After a brief bike ride down from Canalside, you can enjoy events later this summer like Silo City Reading Series, the Buffalo-Niagara Blues Festival, and unique performances from Torn Space Theater with huge grain silos as the backdrop. And if you’re feeling a little daring, you can venture to the top of the American and Perot elevators on Explore Buffalo’s Silo City: Vertical tour. 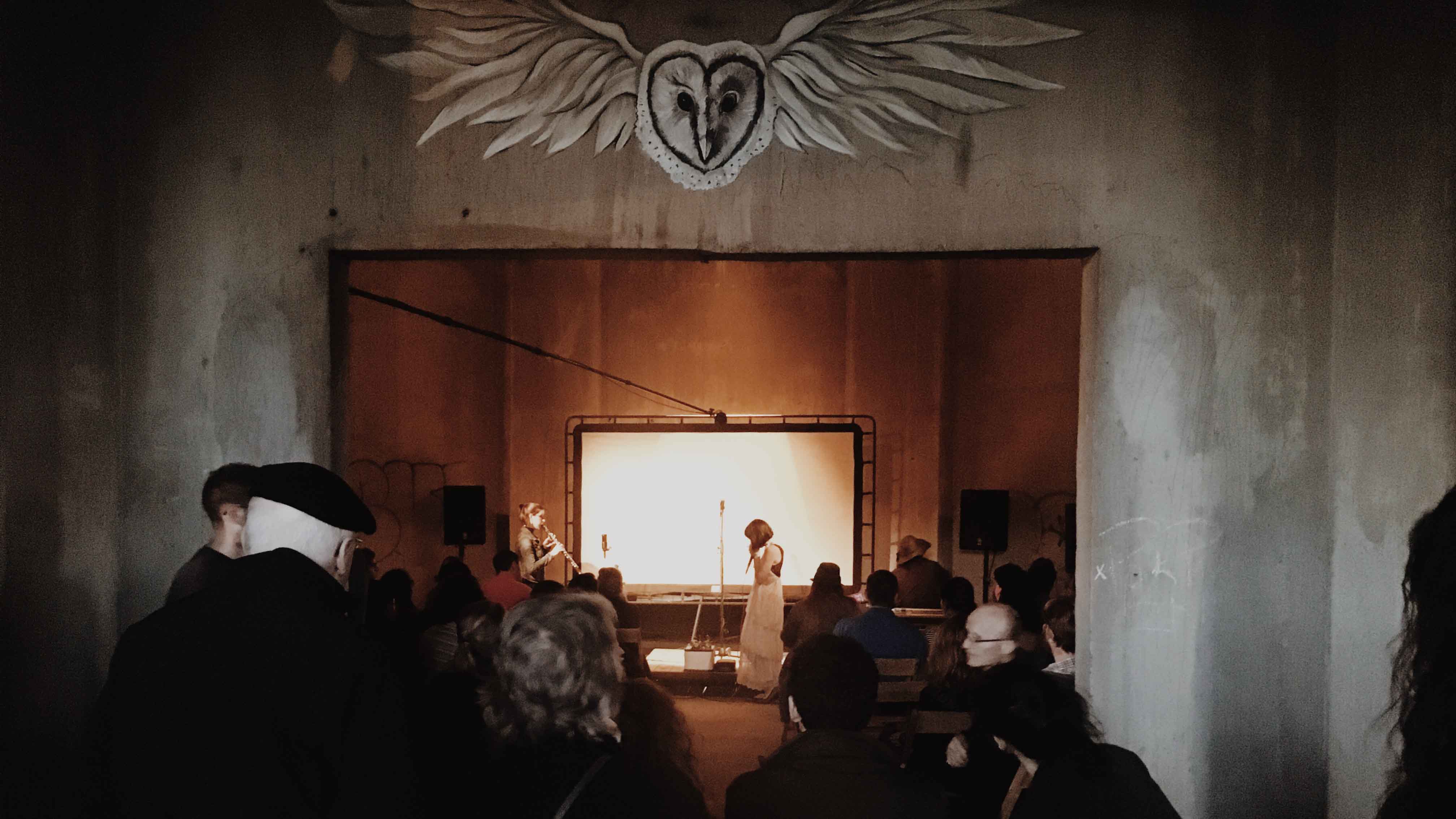 By Water
There’s nothing quite like traversing the Buffalo through the man-made canyon created by the towering grain elevators. Give your sea legs a work out by hopping aboard a Buffalo River History Tour. These 90-minute tours tell the story of how these structures once helped make Buffalo one of the largest and wealthiest cities in the world. Or maybe you’re looking for a bit of a workout? Well, Elevator Alley Kayak and BFLO Harbor Kayak have you covered. Offering kayak rentals for either a self-guided or guided tour, you’ll find yourself spending most of your time gazing upward to the tops of these jaw-dropping concrete behemoths. 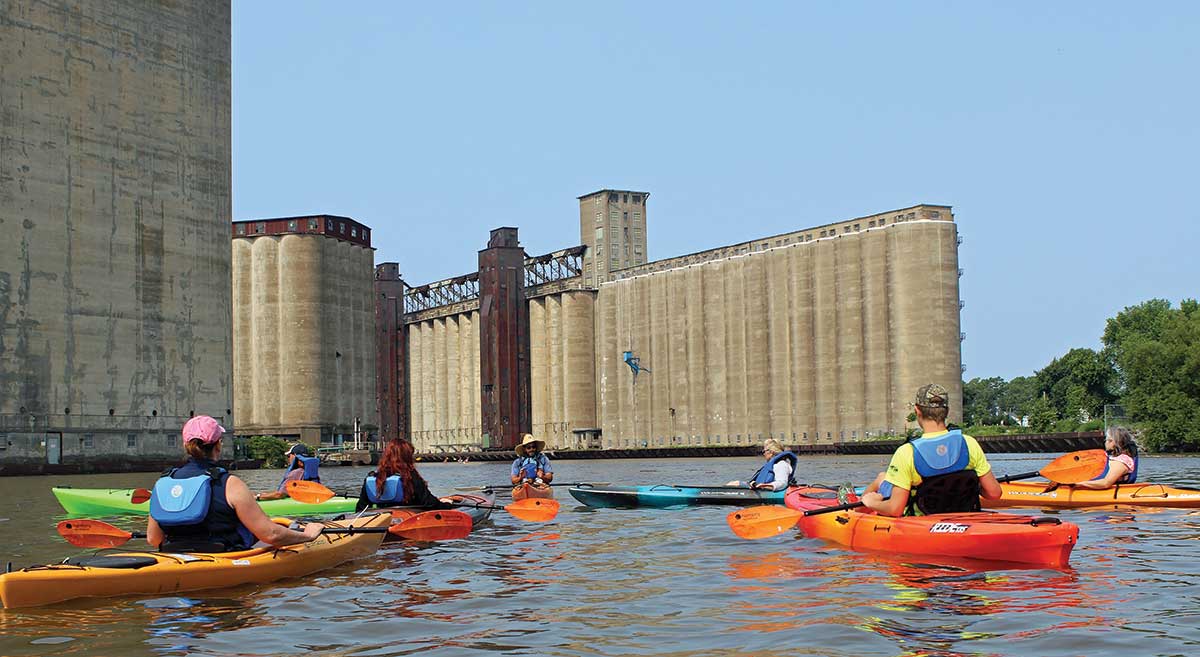 By Air
After climbing twelve flights of stairs to the very top of the largest six-pack Buffalo’s ever seen, adventurers are greeted with 360-degree views of Buffalo and the waterfront while zipping at high speed back and forth over the Buffalo RiverWorks beer garden. The newest feature of this sprawling sports and entertainment complex situated on the Buffalo River, the zipline course requires daring guests to complete four different zips (reaching speeds of 30MPH) and trekking across a harrowing Indiana Jones-style rope bridge. This is adventure, Buffalo-style!
Tip: Zipline reservations are available on weekdays, while weekends are reserved for walk-ups only.

At Night
Down at Canalside, a group of architects and lighting specialists took it upon themselves to turn a rather plain looking grain elevator into a canvas – and transformed it into a dynamic work of art. Each night from sunset until around 11pm, the Connecting Terminal bursts onto the Buffalo skyline with an illumination art show that flows from one colorful scene to the next. Whether strolling the Canalside boardwalk or drifting through by boat, this display is a feast for the eyes.
Tip: In unison with the Fourth of July fireworks, the illuminated Connecting Terminal creates a visual masterpiece. 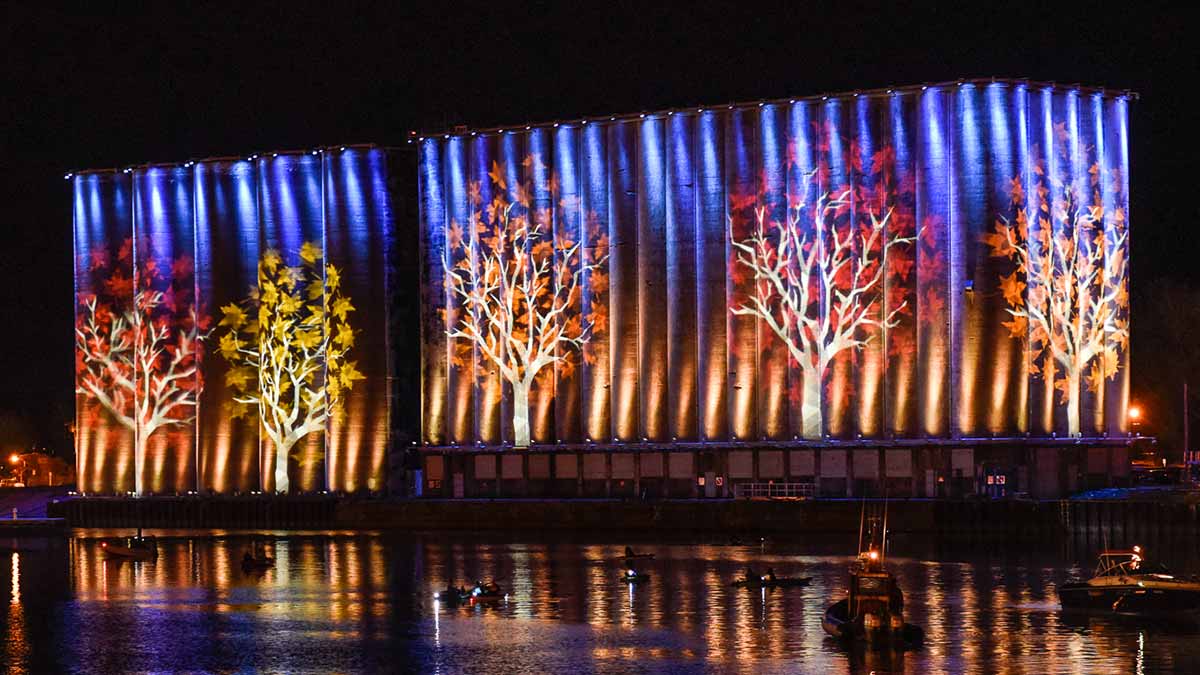 The light display on the Connecting Terminal

With a Beer
With “beer-oriented development” being one of the pillars of Buffalo’s resurgence, it’s no surprise that we’re utilizing the now vacant grain elevators to house another Buffalo commodity – breweries! Just in the past couple of years, down the Buffalo River at RiverWorks, the team is expanding their already massive operation to include local craft beer made right on site. Within the humongous Labatt six-pack a brewery now resides right next to a beer garden and lots of adventurous activities like rock climbing, zip line course and ropes course.

Not only that, there are several great patios that offer great views of the elevators, including Swannie House, Ballyhoo, and Gene McCarthy’s.