Buffalo’s historic Old First Ward neighborhood is known for its working class, Irish roots – it’s where the workers who manned the nearby grain elevators in their full-throttle heyday called home. It’s a place of pocket parks, taverns full of character(s), and the site of some prime annual events. It’s an intact neighborhood blending light industry, homes, and business.

Chances are that your Irish friends from Buffalo have some family still living in the Ward in a modest home that’s been passed along for generations. The triangular neighborhood bordered by the Buffalo River, South Park Avenue, Smith Street and Michigan Avenue has some iconic sights as well as good local businesses. Here’s a guide for what to see and do there: 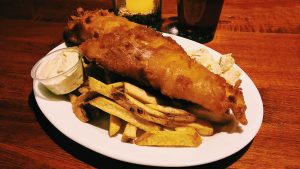 There are a handful of authentic pubs in The Ward: locally-owned, beer-driven, and friendly. Gene McCarthy’s, the most famed of all, is running strong after half a century. Gene’s is named for its founding owner, and a brewery has been added in recent years. McCarthy’s also has a menu of pub fare and home-style classics – including the Buffalo Wing Trail certified McCarthy’s-style wings and an amazing fish fry. Just behind McCarthy’s, on nearby Katherine Street, is more low-key Cook’s Bar & Grill with an impressive array of bar games like table shuffleboard, shuffle bowling, darts, and more. The Barrel Factory, a repurposed bar and event space on Vandalia Street, also houses an array of small businesses including Elevator Alley Kayak and Buffalo’s Best Cucina. Lakeward Spirits, the bar area, is open Friday to Sunday and serves spirits and Pressure Drop Brewing beer which is also made on the premises.

Adolf’s Old First Ward Tavern, a revered St. Patrick’s Day hotspot on South Park, has been open since 1934 (despite a short hiatus) and reopened its kitchen in 2017. Ballyhoo (at the corner of South Park and Michigan) has a tagline that says it all: “Links & Drinks” – great cocktails, beers, and house-made sausages. The neighborhood’s most obscure pub, Buffalo Bar and Grill on Louisiana Street, while temporarily closed, is typically only open on Fridays, serves some fine burgers and wings, and is teeming with celebrity memorabilia. 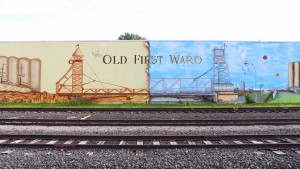 It should be duly noted that, during non-COVID times, Buffalo has TWO Saint Patrick’s Day parades: one on Saturday in The Ward, and the other on Sunday along Delaware Avenue in downtown. Saturday’s parade is referred to as The Old Neighborhood parade and it winds about after the floats gather near The Valley Community Association on Leddy Street off of South Park. With politicos, marching bands, proud dogs, and dozens of floats, it’s the more tame and briefer rendition, but full of Irish pride. The Shamrock Run – run for more than 40 years – is an 8K that draws runners and walkers to the Old First Ward neighborhood. 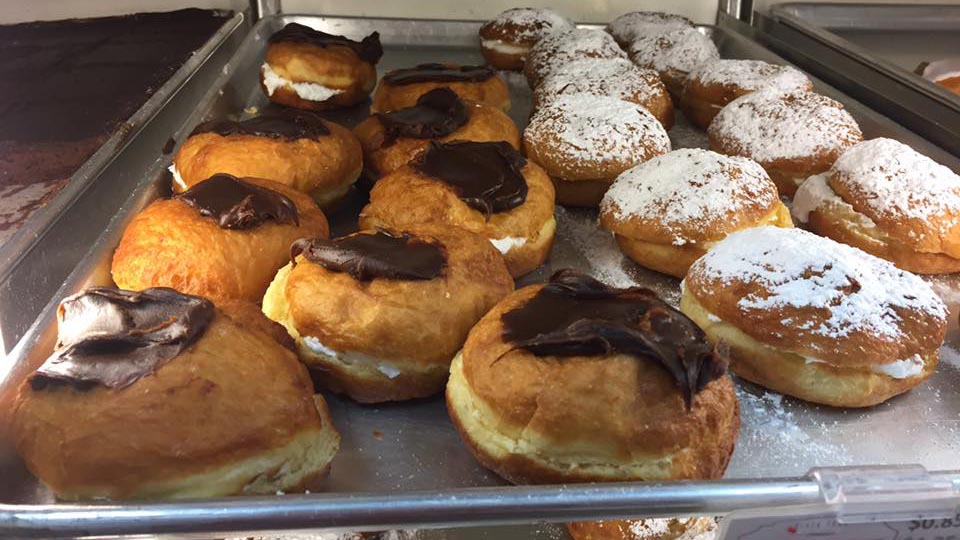 In addition to its pub offerings, The Ward is home to dozens of locally-owned businesses providing goods and services. Mazurek’s Bakery on South Park Avenue first fired up its brick oven in 1933 and has been making classic baked goods and European specialties (like paczki and fastnacht) ever since: their rye and sourdough breads are legendary. Carbone’s Pizzeria is Buffalo-style pizza at is best – try their sweet sauce pie for a true taste of a cup and char Buffalo slice. Across the street, Undergrounds Coffee House & Roastery, in a former funeral home, serves coffee & tea, as well as an array of unique sandwiches with Buffalo-related names. 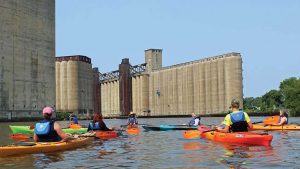 The Ward has a surprising number of public pocket parks within its boundaries. Aptly-named Buffalo River Fest Park on Ohio Street and alongside the Buffalo River hosts free Wednesday night concerts during summertime. Tewksbury Lodge, in the park, is available for private events right on the river. Father Conway Park on Louisiana Street is perfect for picnicking, field sports, and walks to the Buffalo River. Mutual Riverfront Park, on Hamburg Street near the Buffalo River, has rain gardens, a heritage center/event space, and a kayak and canoe launch. Views of nearby grain elevators, dozens of ducks and geese, and watercraft illustrate what is great about The Ward: an easy coexistence of nature, neighborhood and industry.