Decades later, as president of the CMC,  Scott oversees daily operations of the non-profit, runs its interactive first-floor museum and leads the George Scott Big Band in the club on Monday nights. Those years of hard work and dedication to the club’s legacy have paid off. Just a year after celebrating the centennial of Local 533 (the musicians union that started it all), the Colored Musicians Club received two tremendous accolades on a state and national scale. In 2018, the New York State Historic Preservation Office and United States Department of the Interior honored the Club with designations on the New York State and National Registers of Historic Places.

“It’s an honor to be placed in the New York State and National Register. I know how hard the founding fathers of this great organization worked to make this place and give the many local musicians of Buffalo, New York an opportunity to become something that they could be proud of – to pass the ‘legacy’ onto those who choose to follow. It’s a special place for musical knowledge and long lasting friendship. And if those men were alive today, they would say ‘God bless you all'”, Scott remarked on the designations. 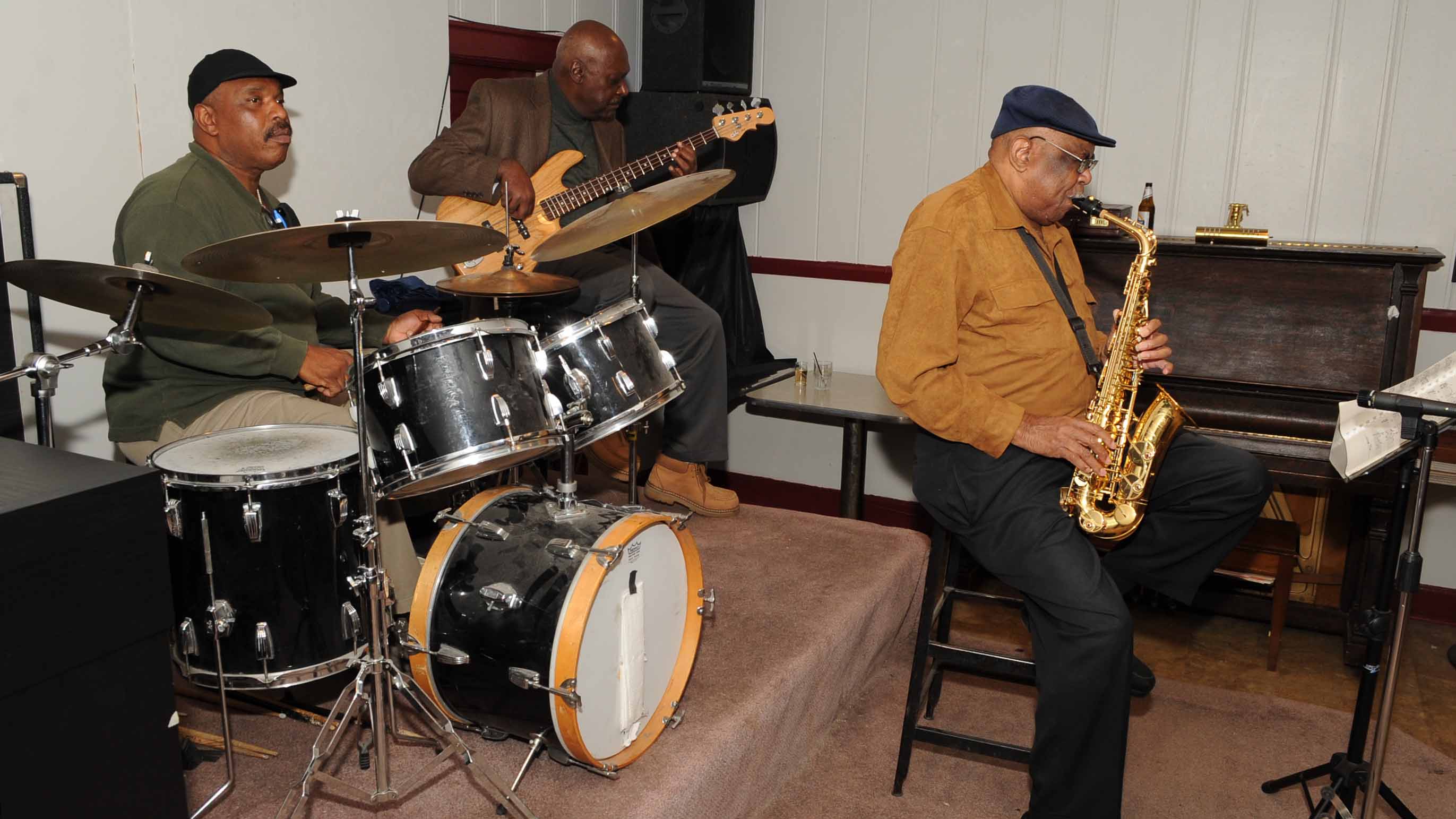 “When I see the letters CMC, they stand for excellence,” Scott said. “The club has never settled for second best, because the club and its musicians had to be taken seriously. Which is the same attitude of the people of Buffalo!”

The club is open to everyone and has live music on Sunday, Monday and Thursday nights; the buzzer next to the front door alerts whoever is pouring drinks at the original wooden bar upstairs to let visitors and musicians into the welcoming space.

The CMC traces its origins to a time of segregation in America; black musicians needed to unionize in order to secure work. Local 533 formed in Buffalo in 1917, and their members eventually founded the CMC.  Legends like Dizzy Gillespie, Miles Davis and John Coltrane once graced the club’s stage during their stops in Buffalo, once a major point on the U.S. Jazz Circuit.

It was also a popular late-night spot for musicians to hang out after finishing other gigs in town. Members had their own special glass behind the bar, and bartenders mixed them drinks from memory when the musician or member came through the door.

Scott is filled with stories of the CMC’s legendary past.

“When we were talking to some of the musicians and getting ready for the museum to open, I forget who it was, said that one night Dean Martin and Frank Sinatra came up here,” Scott said. “They were looking for Sammy Davis Jr., naturally, and thought he’d be here.” 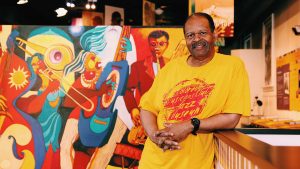 The beat goes on to this day, allowing visitors to enjoy live jazz in the same spot where American legends once jammed. Scott is working to make sure those traditions continue for many years to come.

“Over the years, (the club) had some tight times. They did bake sales, they did fundraisers. They did whatever it took to make sure those doors didn’t close, because they knew the hell those guys went through at the very beginning to even get this going,” Scott said.  “We want to make sure this place survives forever, so the stories survive.”

Live music can be seen in the upstairs venue each Sunday at 6:30pm for a rotating jam session, Mondays at 7pm with the George Scott Big Band and each Thursdays at 8pm with the Carol McLaughlin Big Band