Welcome to the dawn of a new decade of possibilities for visitors to Buffalo.

The previous 10 years proved to be among the most remarkable in the city’s recent history, from its redeveloped waterfront to its restored architectural gems and reinvigorated neighborhoods filled with a host of new restaurants, breweries, bakeries, distilleries, coffee houses and public art. And the momentum gained in the last decade looks to continue into the coming one, thanks to a series of new developments that will continue to put Buffalo on the map for years to come. Here’s a rundown of what to look forward to in the 2020s: 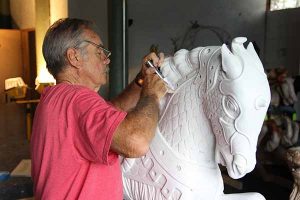 Coming in 2020: A Restored Carousel on Buffalo’s Waterfront

What goes around, will come around on Buffalo’s waterfront – as a carousel manufactured here nearly a century ago will debut following a lengthy restoration.

The carousel – first manufactured in North Tonawanda by the Herschell-Spillman Carousel Factory in 1924 – is scheduled to debut at Canalside. A not-for-profit coalition – the Buffalo Heritage Carousel Inc. – purchased the carousel in 2016, brought it back home to Western New York (after it sat in storage for nearly 60 years out-of-state) and has been painstakingly restoring it ever since.

As the Albright-Knox Art Gallery closes and expands its Elmwood Avenue campus for the first time in nearly 60 years, it will debut a new satellite campus for art in 2020. In January, the gallery will open AK Northland, a flexible 15,000 square foot space inside a refurbished warehouse on the city’s East Side that will host traveling exhibitions throughout 2020 and 2021. Combined with an even more robust public art initiative, the next couple years will prove to be among the most unique in the gallery’s history. 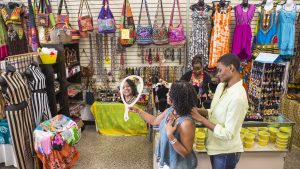 Coming in 2021: The West Side Bazaar Expansion

There are few places in the United States quite like the West Side Bazaar on Grant Street to eat. The bazaar, which is a not-for-profit incubator space that allows recently resettled immigrants to establish businesses at a reduced rent, features a food court with flavors from around the world, from Burma and Ethiopia to Laos, Japan and Thailand.

The bazaar’s growing popularity has led to a waiting list of vendors – and the need for an expansion. It plans to move into a substantially larger facility several blocks away on Niagara Street in 2021 to continue selling wares and foods from around the world for decades to come. 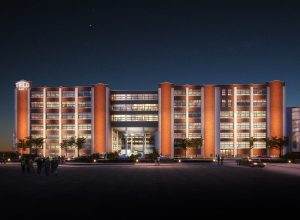 Buffalo’s incredible architecture has been repurposed in recent years into some of the its most unique places to stay, from the Mansion on Delaware Avenue to the Hotel at the Lafayette and InnBuffalo. This trend will continue in the 2020s, as the city will welcome two more hotels within its repurposed historic architecture in the next 12 to 24 months.

The former Trico plant on Washington Street downtown – home to the company that invented the windshield wiper – will be repurposed into an extended stay property as part of a broader redevelopment project. And the Goodyear Mansion on Delaware Avenue along Buffalo’s Millionaire’s Row, which previously operated as the Oracle Charter School, will also be repurposed into a 29-room boutique hotel. 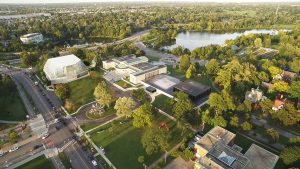 The Albright-Knox Art Gallery’s two-year expansion project will culminate in 2022, with the debut of a 30,000 square foot building along Elmwood Avenue designed by architect Shohei Shigematsu that will double the amount of space it has to showcase its world renowned collection of modern and contemporary art. A series of other updates to the campus will also debut in 2022, as well as a new name, the Albright-Knox-Gundlach (AKG) Museum, in honor of benefactor Jeffrey Gundlach who made the expansion possible. 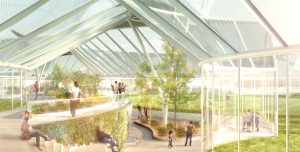 Expansion of the Botanical Gardens

The Buffalo and Erie County Botanical Gardens will debut a new 40,000 square foot facility by the fall of 2022, marking the first substantial alteration in decades to the campus nestled in Frederick Law Olmsted’s South Park on the Southern fringes of the city. The new conservatory building designed by Toshiko Mori, who also designed the glass-enclosed visitor center at Frank Loyd Wright’s Martin House, will include a butterfly conservatory, pollinator garden and a new gift shop, café and entrance.

FURTHER DOWN THE ROAD

Buffalo’s LaSalle Park is set to transform this decade into one of the city’s premier public spaces. A $50 million gift from the Ralph C. Wilson Jr. Foundation will add a host of amenities to the park that’s located along one of the most beautiful stretches of waterfront in the city, where Lake Erie meets the Niagara River. Ecological habitats, a state-of-the-art playground, sledding hill and lagoon providing access to the water are all in the planning stages for the project, which is several years away from completion.

Buffalo will soon have a waterfront walking, biking and hiking trail rooted in its rich industrial heritage. The former Delaware, Lackawanna and Western Railroad line along the Buffalo River will be transformed into the “Riverline,” a 1.5 mile nature trail connecting the Old First Ward to downtown. With the success of other urban rails-to-trails projects across the country – from the High Line in New York to other similar projects in Philadelphia, Detroit, and Chicago – the completion of the Riverline is sure to be another watershed moment for Buffalo’s waterfront development.