The countdown is on. There’s only a few days left to solidify your New Year’s Eve plans. Guess that means the pressure is on, too. Your Instagram pics need to make it look like you had a WAY better time than anyone else on your friend’s list at 12:05 a.m. on January 1. So how do you accomplish that photo feat? Grab a friend and plan on ringing in 2020 at one of these events. For those of us who need to entertain the little people in our lives on New Year’s, head straight for the bounce house at First Night Buffalo in the Buffalo Niagara Convention Center.

2. Countdown to Noon at Explore & More: The Ralph C. Wilson Jr. Children’s Museum
Can’t make it ’til midnight? Ring in the New Year at a kid-friendly hour at Explore & More’s annual countdown to noon. If you haven’t had a chance to check out the expanded Explore & More, this is the time as the exhibits will be activated throughout the day with New Year activities for the whole family to enjoy.

3. NYE at Marble + Rye
Look out the window at Marble + Rye around midnight the night of the New Year and you’ll be treated to spectacular views of the downtown fireworks from the warmth of M+R. Add in a champagne toast and a NY pizza pop-up from Three Trees Bakery and this is the party for you.

4. New Year’s Eve at Casa Azul
You can’t beat the location of Casa Azul located just down the street from the Ball Drop. Buffet, champagne toast and open bar from 11pm-2am.  Feel free to either head to the Ball Drop or grab a window seat at Casa and enjoy the fireworks show.

6. New Year’s Eve at Hatchets and Hops
Open axe throwing all night. A pizza bar. A champagne toast. A chance to win some awesome prizes. All within walking distance of the downtown ball drop. If you’re looking for a little adventure with your New Year’s celebration, this is the way to go.

7. New Year’s Eve at The Hotel Lafayette
Escape the hectic holiday pace with a refined evening of classic music, delicious cuisine, and the finest spirits. Kick off the 20s and start a new tradition with New Year’s at The Lafayette.

8. Roaring 20s New Year’s Eve Party at Curtiss Hotel
Time to get snazzy and head to the top floor of the beautiful Curtiss Hotel for what may be the most perfect place in the city to enjoy the fireworks downtown.

9. Statler City’s Ice Ball
Celebrate in style at one of Buffalo’s swankiest events in the Statler Golden Ballroom downtown.

10. Aqueous at Town Ballroom
Local jam and funk legends, Aqueous will be finishing their two-night stint at Town Ballroom right as the clock strikes midnight. This is the perfect venue for you to get your groove on.

11. New Year’s Eve at 500 Pearl
Looking for a fun night where you can dress for the disco? Enjoy the Disco at WXYZ Bar with two bars and music all night long. Only 75 VIP tickets are available at Patrick’s Rooftop where you can enjoy unobstructed views of Downtown Buffalo.

12. NYE with Jon Dore at Helium Comedy Club
Giggle your way into the new year at downtown’s only laugh factory featuring Jon Dore and a special night of food and drink.

13. New Year’s Eve Silent Disco at Buffalo Iron Works
One of the most unique dance partys in town, SE2 silent disco brings the noise to your ears only. Don a pair of headphones and select music from any of three DJs that will be bringing the beats into the New Year.

14. Brew Year’s Eve at Buffalo RiverWorks
Buffalo’s coolest entertainment complex & brewery, Buffalo RiverWorks, is the place to be on December 31st. They’ll ring in the new year with dinner, desserts, champagne and of course some of their best brews.

15. Loose Vegas at Duende
Celebrate the the New Year among the towering grain silos at Silo City’s Duende with some of Buffalo’s best entertainment talent including the Five Grand Band, the Glam Vamps, comedy, and a breakfast buffet.

16. Buffalo Sabres vs. Tampa Bay Lightning
Rumor has it, Jack Eichel might be throwing the best party in town. Snag tickets to the Sabres game for a night of action on the ice.  With a 7pm puck drop, there’s plenty of time to hit up a local bar, brewery or the Ball Drop after the game.

17. New Year’s Eve Post-Dinner Bites at Hotel Henry
Explore Hotel Henry’s spaces for post-dinner sweet bites. Enjoy dinner at home or on the town, and then join Hotel Henry for dessert and a nightcap in a comfortably posh setting filled with just the right amount of celebration.

18. Late Night Skating at Canalside
Practice that triple salchow from 10am to 10pm on New Year’s Eve then take your pick on where to head for when the clock strikes midnight.

20. Keg Drop at Rusty Nickel Brewing Company
Two words: Keg. Drop. (It’s like a ball drop, only with a keg.) Need we say more? If you prefer a pint of craft beer over a flute of champagne, you’ve come to the right place. 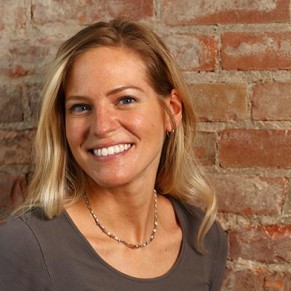 Lifelong Buffalonian with a crazy passion for this city like so many of us feel. My job as the Director of Marketing at Visit Buffalo Niagara is a match made in heaven. Go Bills!