Searching for Fairy Houses is tricky business. What you see today, will be different, or even gone, tomorrow. These ephemeral settlements are as fleeting and whimsical as their magical inhabitants! However, being under the forest canopy chasing woodland Fairy Houses outfitted in moss roofs, wooden pillars, and with intricate entranceways, is an ideal way to escape a warm summer’s day in Western New York. 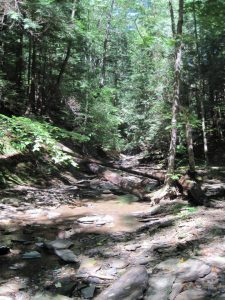 Recently we heard about a discovery of a new settlement at Franklin Gulf Conservation Park in North Collins that our family undertook to find. This may seem like a hiking adventure, but hiking is simply the mode of transportation necessary to discover this mystical world. As you prepare to set off on this adventure, leave your adult vision behind. Actually, if you have kids, or can borrow one, get them to be your guide. The number one reason for this is that they are lower to the ground than most adults. The number two reason is that they still have the gift of ‘fairy vision’ – they are accessible to wonderment, are open to belief, and can see into the world outside of our five senses.

The trailhead entrance for Franklin Gulf Conservation Park has a small dirt parking lot for about eight cars. This is a pack in, pack out park, meaning there are no restrooms or garbage cans. Bring a light day pack with a lunch, charged phone, snack, water, and bug spray. The best hiking map for the Fairy Trail can be found on the All Trails app, but be very careful: this park has many different trails but the fairies have a fondness for the yellow trail.

As you head out on the trail, there will be what seems like the main trail and a small trail that veers left. When in doubt veer left on this hike! Soon after your first left turn you’ll see the yellow square (or triangle) trail marker. Keep following this path as it scoots along the rim of Franklin Gulf. The trail doesn’t go near the edge of the gulf, but be sure to keep little ones close by and dogs should be leashed. The yellow trail is a 2.3 mile loop with a 330-foot elevation gain for a good cardio workout. If your objective is to only visit the Fairy House section, it is an easier 1.5-mile out-and-back hike with minimal elevation changes and would be better suited for tots and toddlers. 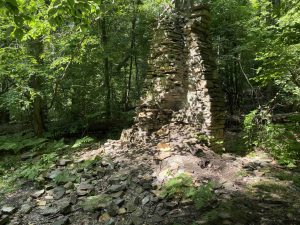 About half a mile into the trail, you’ll turn a bend and come upon not a fairy encampment, but an abandoned human settlement. The lone standing chimney will stop you in your tracks and leave you wondering what campfire stories it has yet to tell. These are the remains of John D. Larkin’s cabin. Yes, the American business magnate and founder of the storied Larkin Soap Company had a bug out shelter to escape the world back as it was careening towards the start of the 20th century. 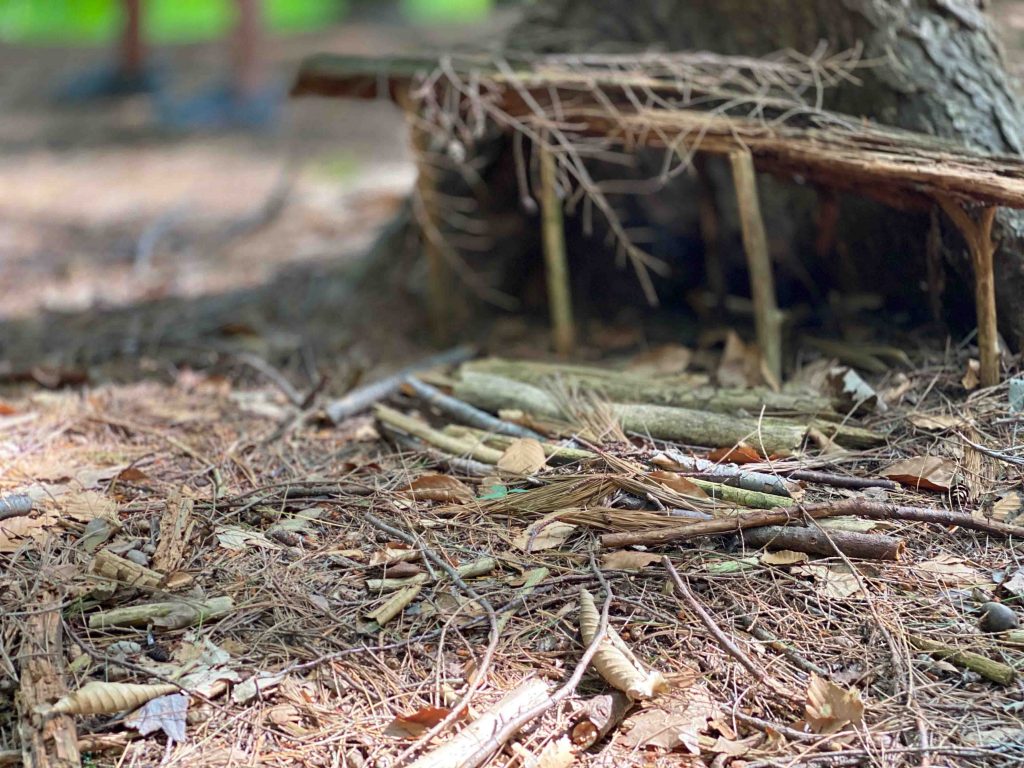 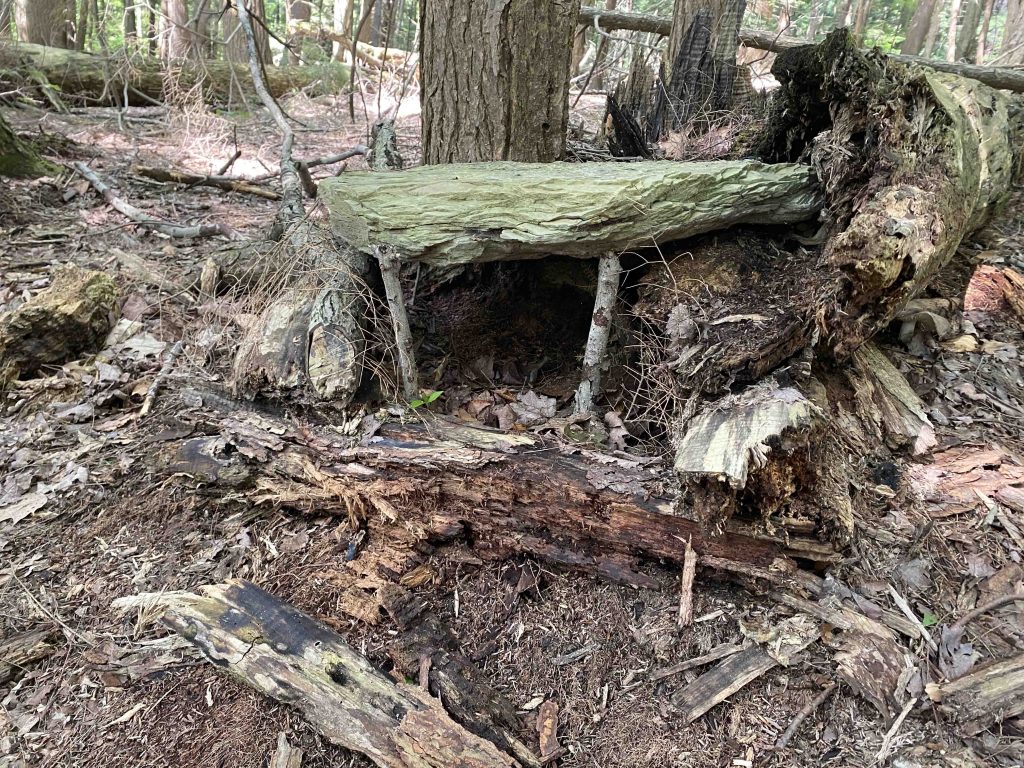 The Fairy Houses will start emerging a few hundred feet down the trail after the Larkin cabin. They start out subtle, just a few twigs resting in a hollow in the base of a tree. Then, stop and do a 360-degree turn and notice that the trees behind you have similar construction materials cleverly perched against the tree, creating a miniature and mystical shelter. But wait, the trees slightly off the trail start having entranceways made of small branches that lead up to a graceful arched entrance, covered in moss and hemlock branches. Oh! Stop and look inside! Yes, that is a tiny stone tabletop resting on a wooden pillar, with four acorn chairs waiting for guests to arrive.

At one point, the fairy houses were too many to count and in various stages of being built, inhabited, and abandoned. In total, there must have been close to 40 homes in these fairy settlements we photographed during a two hour hike. And as soon as they appeared, they disappeared. They seemed to be cloistered in a narrow space. I’ve been told that they will move their settlements randomly after storms and other natural events. Aggressive human behavior also makes them move on into more secluded areas – so please tread quietly, take only photos, and keep this place special. 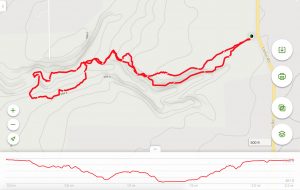 Map and elevation measurements by AllTrails.com

For the Finishers: Yellow Trail Tips

For those looking to complete the entire 2.3 mile yellow trail, it will eventually lead down to the convergence of two tributary creeks that create several beautiful, gurgling waterfalls. This is an idyllic picnic spot where you are typically alone with the sounds of the wind catching the treetops, the rushing water, and the birds calling. Take it all in – this is nature at its finest. After you cross the creek, follow the yellow trail markers and hike back up the gorge rim trail to complete the loop – this is a 330-foot incline providing a rewarding workout that showcases one of Western New York’s most secret natural places.