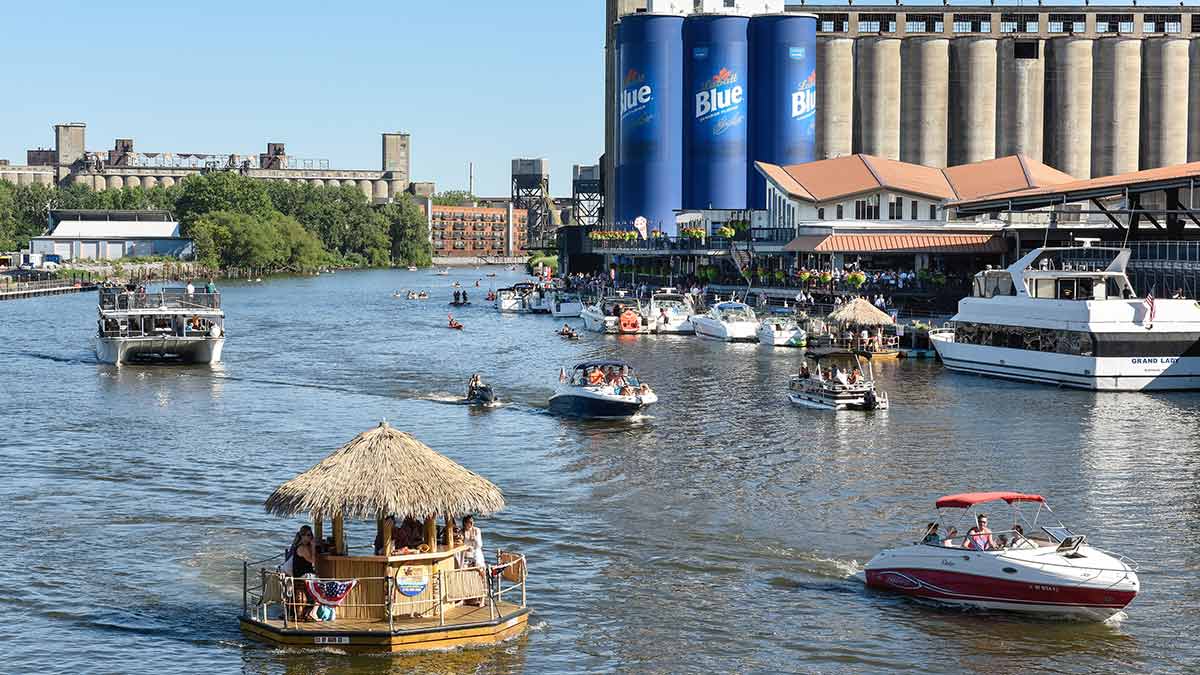 On Buffalo’s waterfront, what goes around, comes around. The district that once welcomed wayfarers who ended their journey along the Erie Canal nearly two centuries ago is once again abuzz with travelers – this time, as a premier family destination following nearly a decade of revitalization.

A series of new attractions, hotels, restaurants, breweries and parks have breathed new life into the formerly underutilized and industrial waterfront centered around the Buffalo River, the eastern shore of Lake Erie and the historic Western Terminus of the Erie Canal. In 2021, three new attractions within this walkable district will build on that momentum and help further establish Buffalo’s waterfront as a top destination for family travelers: a restored carousel, a new Ferris wheel built on the ruins of a grain silo and a longshed where visitors can witness the construction of a replica Erie Canal packet boat.

In May, the waterfront will welcome the Buffalo Heritage Carousel, a century-old merry-go-round first manufactured in at the Herschell-Spellman Carousel Factory in Western New York before languishing for decades in storage out of state. A group of local volunteers brought the carousel back home and painstakingly and lovingly restored it to its original grandeur. The carousel will debut within a newly constructed, solar powered roundhouse in the heart of Canalside, the city’s waterfront entertainment district.

Further up the Buffalo River, Buffalo RiverWorks will debut a 105-foot Ferris wheel on top of  its grain silo ruins this summer. The Ferris wheel is just the latest dramatic reimagining of Buffalo’s iconic, 100-foot-tall grain silos at RiverWorks, which has also debuted zip lining, rock climbing and a brewery and beer garden in recent years.

And visitors to Canalside will see members of the Buffalo Maritime Center hard at work constructing a replica 19th Century Erie Canal Packet boat within the newly built Canalside Longshed. The boat will be complete in time for the bicentennial of the canal’s completion in 2025.